The 19th Meeting of COMSATS Coordinating Council was successfully held on 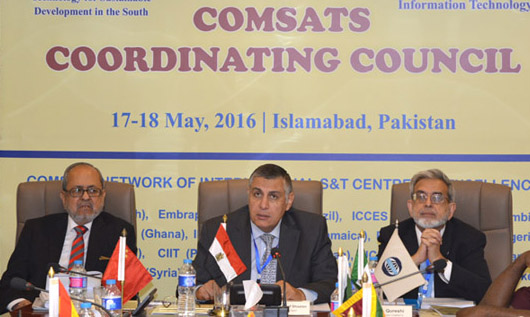 May 17-18, 2016, in Islamabad, Pakistan. The meeting was hosted by COMSATS Institute of Information Technology (CIIT) at its Islamabad Campus.

The technical sessions of the two-day event were presided over by the President of National Research Centre (NRC), Egypt, Prof. Dr. Ashraf Shaalan, who at the start of the meeting was unanimously elected as the new Chairperson of the Council. Dr. Shaalan succeeded Prof. Eduardo Posada, Director International Centre for Physics (CIF), Colombia, who served two terms as the Chairperson Coordinating Council. 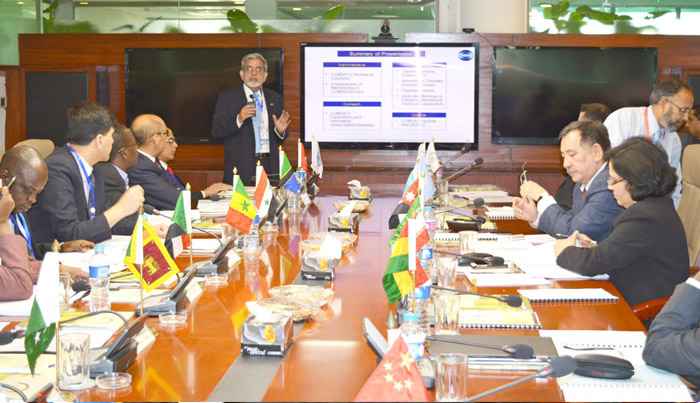 national engagements, activities of COMSATS’ Centres of Excellence, existing programmes and new initiatives, as well as financial and administrative matters of the organization. The discussions led to opening many prospects of cooperation among the member institutions of COMSATS Network in the fields of renewable energy, environmental protection, nanotechnology, green technology, biomedical technologies, food technology, repair and maintenance of laboratory instruments, greener production, water, ICT/cyber security, and coal-related technologies.

The discussion on new initiatives resulted in a strong commitment to expand and enhance the scope of the relatively newer initiatives of COMSATS, including the Science Diplomacy Programme, Panel on ST&I Policy, and Distinguished Professorship Scheme. The meeting took special note of the accession of three new Member States of COMSATS, the Kingdom of Morocco, the State of Palestine, and most recently the Islamic Republic of the Gambia, since the Council’ last meeting in May 2015. With latest addition of the Gambia, the number of COMSATS Member States has risen to twenty-four.

The communiqué issued at the end of the meeting recognized the generous hospitality extended by CIIT and appreciated its high quality academic and research activities; showed satisfaction over holding of the 3rd General Meeting of the Commission; appreciated the Secretariat’s efforts in enhancing COMSATS’ membership to other developing countries; welcomed the new Member States, and appreciated the nomination of Mohamed V University by the Government of Morocco for induction in COMSATS’ Network; lauded the efforts of Prof. Dr. Eduardo Posada F., as the Chairperson of the Council during the period (2010-16). Moreover, the Council expressed satisfaction over adoption of COMSATS Statutes by the Commission; approval of the Rules and Regulations of COMSATS Endowment Fund; and re-adoption of the COMSATS Strategy (2012-16) for the next five years; and acknowledged financial and in-kind contributions by some Member Countries towards COMSATS’ activities. It also urged the Member States to enhance their level of Gross Expenditures on Research and Development (GERD) to a level of 2% of the GDP and enhance financial support for international bodies that facilitate S&T capacity-building. 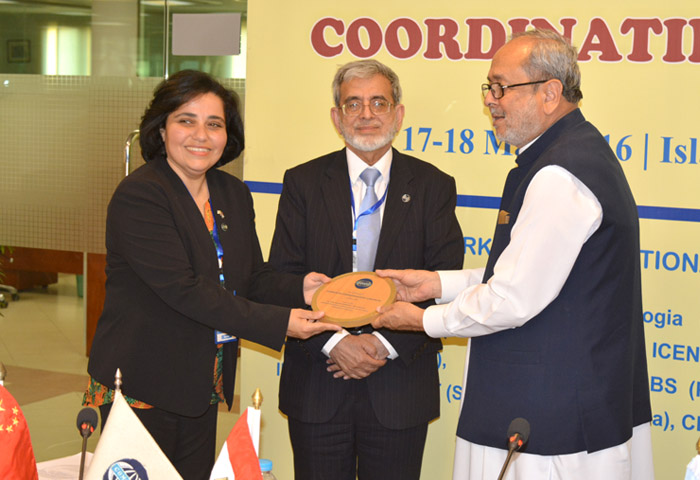 Speaking at the conclusion, Dr. I.E. Qureshi, Executive Director COMSATS, thanked CIIT for appositely organizing the meeting and the newly elected Chairperson for befittingly steering its deliberations. Recalling his past professional associations with Pakistan Atomic Energy Commission (PAEC), and the scientific diplomatic association assigned to him thereafter, he submitted that he did his best for the betterment of the organization. Appreciating the team of CIIT looking after the meeting arrangements, Dr. Qureshi lauded CIIT and expressed pride over such an outstanding Centre of Excellence of COMSATS.

In his closing remarks, Dr. Shaalan lauded the efforts of COMSATS Secretariat in consistently pursuing the mission of COMSATS over the years and especially commended Dr. Qureshi for his able leadership during his two tenures as the Executive Director.

The meeting concluded on a strong note of mutual cooperation and commitment to COMSATS’ programmes. NRC, Egypt, generously offered to host the 20th meeting of the Council to be held in 2017. 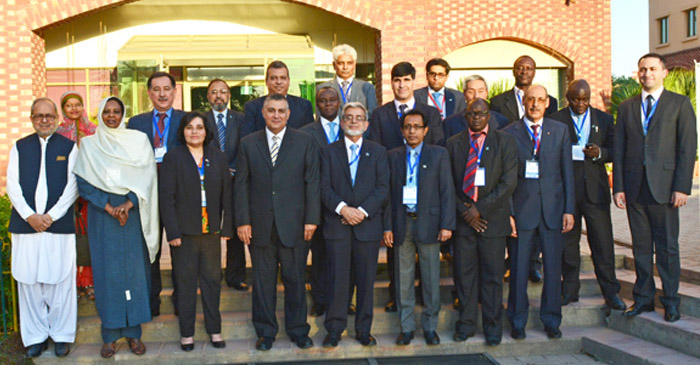