[ Introductory Remarks by the E.D. COMSATS ] [ Address by the Chairperson Coordinating Council ]
[ Communiqué of the Meeting ] [ List of Participants ] [ Presentations ] [ Reports on ITRGs ] [ Picture Gallery ]

The 15th Meeting of COMSATS Coordinating Council was successfully held on May 24-25, 2012, at Gebze, Kocaeli, Turkey. The meeting was hosted by COMSATS’ Centre of Excellence in Turkey, the TÜBİTAK Marmara Research Center (MAM).

Apart from the high officials of COMSATS Headquarters, the meeting was att 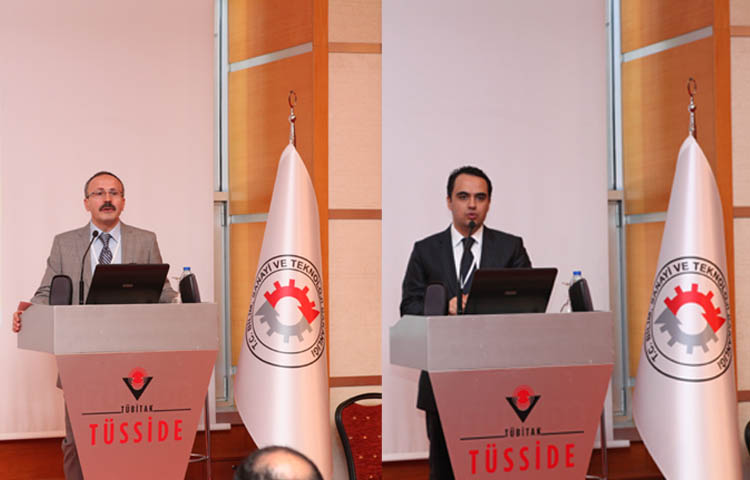 ended by Council Members or their representatives from 13 Centres of Excellence of COMSATS; BCSIR-Bangladesh, ICCES-China, CIF-Colombia, NRC-Egypt, CSIR-Ghana (in place of its constituent organization, BRRI), IROST-Iran, ICENS-Jamaica, RSS-Jordan, NMC-Nigeria, ICCBS-Pakistan, CIIT-Pakistan, IRCC-Sudan, and TÜBİTAK MAM-Turkey. Moreover, the meeting was attended by the representative of the University Cheikh Anta Diop (UCAD), Senegal, in connection with UCAD’s request to be inducted as the Member of COMSATS’ Network of Centres of Excellence; a senior official of the International Centre for Genetic Engineering and Biotechnology (ICGEB), Italy, as an observer; as well as other senior officials of the host centre.

The meeting was inaugurated on May 24, 2012, at the Turkish Institute for Industrial Management (TÜSSİDE), Gebze, Kocaeli, Turkey, by the Advisor to the President TÜBİTAK, Mr. Çağatay Telli (who also holds the position of Chief Economist at the Ministry of Development, Turkey). Mr. Telli, in his informative presentation on ‘Principles of R&D Policy: An International Perspective’, emphasized the important role of the private sector R&D in achieving economic prosperity. He also urged the governments of the developing countries to develop their research policies keeping in view their capabilities and resources. Earlier, the host of the meeting, Dr. İbrahim Dinçer, Acting President MAM, in his Welcome Speech, stressed the significance of technological advancement in achieving socio-economic development. He regarded COMSATS’ objectives aimed at promoting South-South cooperation as most laudable and offered the full cooperation of MAM in this respect. In his Introductory Remarks, Dr. I. E. Qureshi, Executive Director COMSATS, recounted the outcomes of the recently held 2nd Commission Meeting of COMSATS (April 16-17, 2012, Islamabad, Pakistan), one of which was the election of Ghana as COMSATS’ new Chair. The Commission meeting also appreciated the vital role being played by COMSATS’ Centres of Excellence towards the achievement of COMSATS’ programmes and activities. The Chairperson of COMSATS Coordinating Council, Prof. Eduardo Posada, Director CIF, during his address at the Inaugural Session, highlighted the necessity of enhancing scientific collaboration among scientific/research institutions in the developing world, and pointed out some actions to be taken by the developing countries on urgent basis that included: development of policies for the promotion of science, technology and innovation; improvement of the standard of S&T education; and strengthening of linkages between R&D organizations and industries.

As per the standard format of the meeting, the Executive Director COMSATS pr 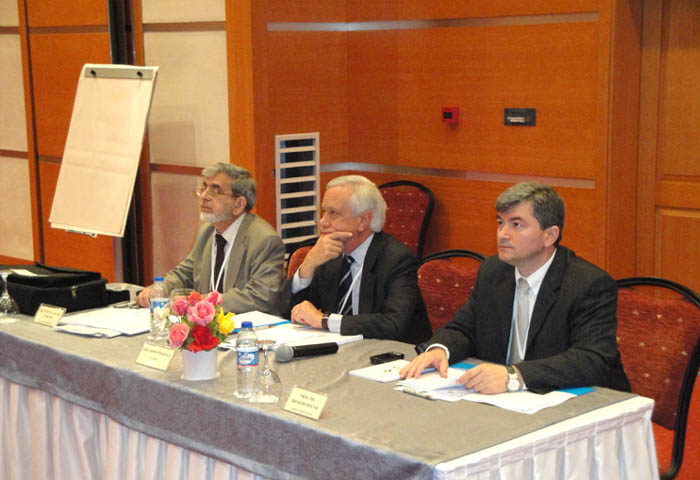 esented COMSATS’ Annual Activity Report (May 2011 – April 2012); the heads/representatives of the Centres of Excellence made presentations on the scientific activities of their respective Centres with the view to identifying areas of potential cooperation among the Council members; and the Advisor (Programmes) COMSATS briefed the Council on the administrative and financial matters of COMSATS as well as the implementation status of the decisions taken by the Council in its previous meeting. Progress reports of the three operational International Thematic Research Groups (ITRGs) were presented to the Council by the Groups’ respective Lead Centres, as well as matters relating to the launching of the remaining ITRGs were discussed.

The key decisions taken by the Coordinating Council in its 15th meeting include: re-designation of the Council for Scientific and Industrial Research (CSIR) as COMSATS’ Centre of Excellence in Ghana; induction of UCAD-Senegal in COMSATS’ Network; approval of the 2nd part of the COMSATS’ Future Strategy Document (Implementation and Monitoring); constitution of a three-member Committee to make necessary amendments in the Charter of the Network; and consensus on establishing two new ITRGs of COMSATS. The Council also discussed at length the possibility of new initiatives. After detailed discussion, it was decided to explore possibilities for the following three new activities:

i) Establishment of a ‘COMSATS Technology Park’;
ii) Launching a scheme whereby outstanding scientists in COMSATS’ Centres of Excellence are designated as ‘COMSATS Distinguished Professors’;
iii) Constituting a network of experts in the field of ‘Science, Technology and Innovation Policy’.

The Coordinating Council showed satisfaction on the administrative a 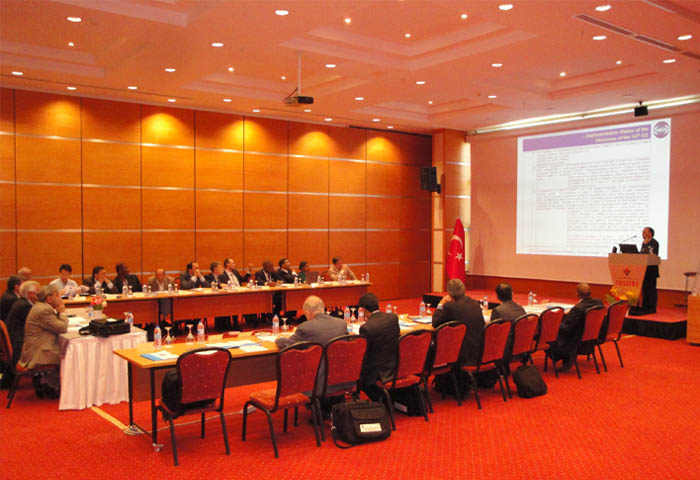 nd financial affairs of COMSATS, and approved the organization’s budget for 2012-13.

A Communiqué was issued at the end of the meeting that welcomes the election of the Head of State of the Republic of Ghana as the new Chairperson of the Commission; endorses and supports the Resolution unanimously adopted during the 2nd Commission Meeting and expresses its willingness to cooperate with the Secretariat to implement the decisions taken therein; re-affirms the Council’s commitment to the objectives of the Network; and strongly urges the developing countries to allocate at least 2% of their GDPs for science, technology and innovation related initiatives.

It was decided that the next (16th) meeting of the Coordinating Council will be hosted by the Council for Scientific and Industrial Research (CSIR), Ghana, while the Iranian Research Organization for Science & Technology (IROST), Iran, will be the alternative host. 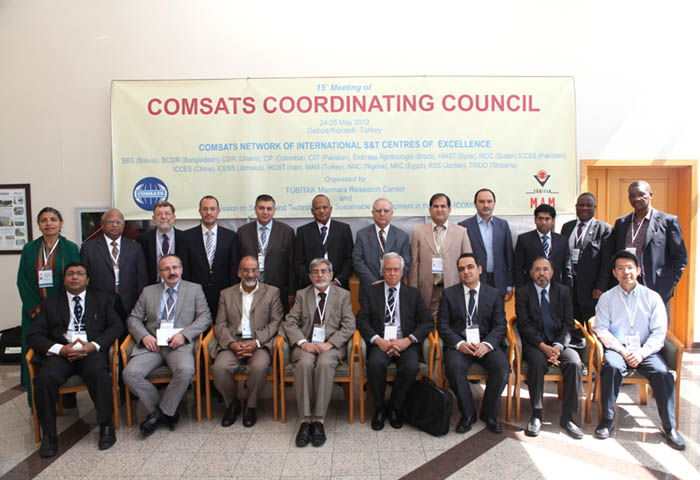