The Third General Meeting of the Commission Inaugurated in Ghana

Home   /   The Third General Meeting of the Commission Inaugurated in Ghana

The third General Meeting of the Commission convened by the Chairperson of COMSATS, H.E 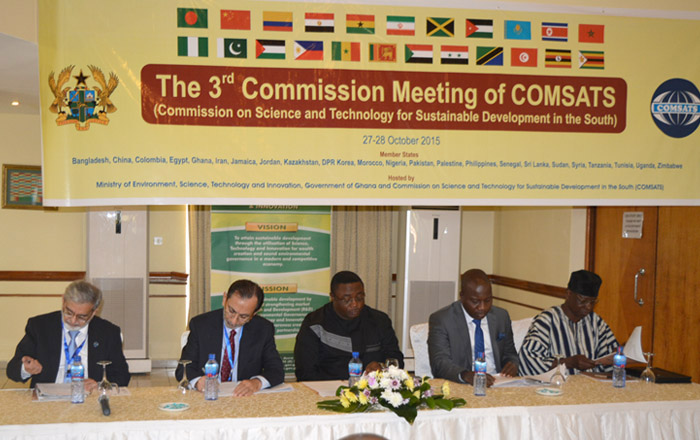 . John Dramani Mahama, President of Ghana, has been inaugurated on 27th October 2015, in Accra, by Hon. Elvis Afriyie-Ankrah, Minister of State at the Office of the President of Ghana. The Commission is the apex statutory body of COMSATS, comprising of the Heads of 23 Member States.

During the inaugural ceremony, the Minister of State read out the address of the honourable President of Ghana, who appreciated the presence of the country delegates in Accra that were nominated by the Heads of COMSATS’ Member State. His Excellency considered COMSATS a unique and admirable initiative created by developing countries themselves for self-help in S&T-led socio-economic development. He stated that all Member States, including Ghana, have greatly benefitted from the organization during the period of over two decades, due to which, it is in the self-interest of the Member States to provide COMSATS’ maximum financial support.

Earlier, the Executive Director COMSATS, Dr. I. E. Qureshi, in his introductory remarks, urged the Member States to provide support for strengthening the technical and intellectual resources available at COMSATS’ affiliated R&D organizations and universities for bringing them at par with the highest international standards. He opined that financial inputs in such projects and initiatives are an investment which will certainly pay back. During a technical session later during the day, he presented a detailed overview of COMSATS’ activities and future plans. 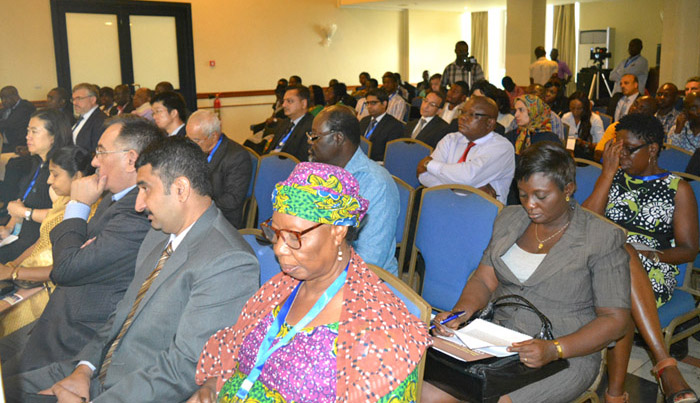 H.E. Mr. Mahama Ayariga, Minister for Environment, Science, Technology and Innovation, Government of Ghana, welcomed the delegates to Ghana and wished them productive deliberations during the Meeting. He acknowledged COMSATS’ efforts for promoting peace and prosperity in the Member States by facilitating South-South cooperation in science and technology. He informed that Ghana is a member of various regional and international organizations, and is committed to actively participate in the international activities of COMSATS. Also present at the ceremony was Hon. Dr. Alfred Sugri Tia, Ghanaian Deputy Minister for Environment, Science, Technology and Innovation.

Another highlight of the inaugural ceremony was the presentation of certificates to 14 scientists of the Ghanaian Atomic Energy Commission, who had benefitted from the Workshop on Repair and Maintenance of Scientific Instruments, organized by COMSATS in Accra, from 12th to 16th October 2015.

In addition to the Country Statements by the Heads of delegations, the 3rd General Meeting will deliberate extensively on a 14-point agenda, which, inter alia, relates to: South-South cooperation issues and COMSATS’ future programmes; mobilization of financial resources for the organization; and approval of its Statutes. 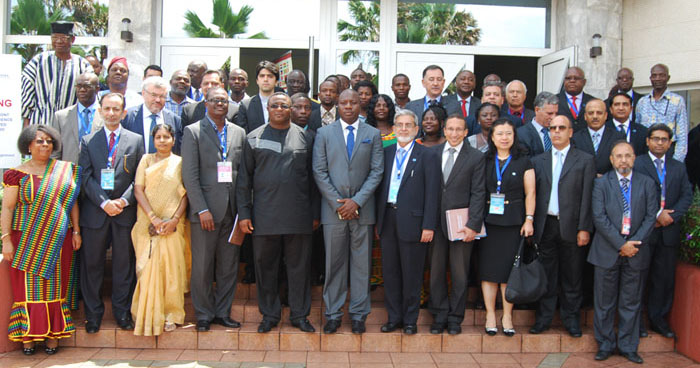