The 20th Meeting of COMSATS Coordinating Council was held on 14-15 May 2017, in Cairo, Egypt, which was hosted by COMSATS’ Centre of Excellence in Egypt, the National Research Centre (NRC). The meeting was attended by the Council members or their representatives from 14 Centres of Excellence of COMSATS: BCSIR-Bangladesh, ICCES-China, NRC-Egypt, CSIR-Ghana, KazNU-Kazakhstan, NMC-Nigeria, ICCBS-Pakistan, CIIT-Pakistan, ITI-Sri Lanka, IRCC-Sudan, UCAD-Senegal, TIRDO-Tanzania, CERTE-Tunisia and TUBITAK MAM-Turkey, as well as the honorary life time member of the Council, Prof. M.H.A. Hassan, Executive Director TWAS. The representative of UNESCO also attended the meeting as observer. Moreover, the meeting was attended by a two-member delegation of the Al-Quds University (Palestine) led by its President, in connection with the university’s request for induction in COMSATS’ Network of International S&T Centres of Excellence.

The meeting was inaugurated on 14th May 2017, by H.E. Prof. Khaled Kassem, Senior Assistant Minister for Strategic Plans and Supporting Systems, Ministry of Higher Education and Scientific Research, Arab Republic of Egypt. In addition to the senior officials of NRC and COMSATS, the ceremony was attended by the senior officials of the diplomatic missions of Jordan, Pakistan and Kazakhstan in Cairo; as well as universities, R&D institutions, ministries and government departments of the country.

In his inaugural address, H.E. Prof. Khaled Kassem extended a warm welcome to the participants of the meeting belonging to different regions of the world. He considered COMSATS a potent platform for facilitating the networking and scientific collaborations among the developing countries. Keeping in view the limited financial resources available with the developing countries, Prof. Kassem stressed the need of determining research priorities and strategizing accordingly in order to fulfill their needs of national development. Appreciating the ongoing programmes and activities of COMSATS, he urged the organization to continue providing opportunities of exchange of human and technological resources among the developing countries. Prof. Kassem also updated the participants regarding the ongoing activities of his Ministry.

Earlier, in his speech, Prof. Dr. Ashraf Shaalan, President NRC, Egypt, Chairperson COMSATS Coordinating Council, welcomed the participants and congratulated Dr. S. M. Junaid Zaidi on his appointment as the Executive Director COMSATS. He expressed pleasure on hosting this year’s Council meeting, which makes NRC the only Centre of Excellence to have hosted three Council meetings. He stated that in today’s knowledge-based era, science and technology is the primary factor of production and development, wherein the global competitiveness depends on the ability to create, develop, make practical use of new scientific discoveries, and innovate. He stated that innovation is at the heart of any country’s ability to find economically, socially, and environmentally sustainable solutions to the challenges faced by societies today, including climate change, energy crisis, health problems and shortage of water, etc. He hoped that the Council meeting shall be successful in enhancing the scientific collaborations among the member Centres for jointly addressing the afore-mentioned challenges.

Speaking on the occasion, Dr. Zaidi expressed gratitude towards the National Research Centre for generous hospitality and excellent arrangements for the meeting. He thanked the honourable Senior Assistant Minister for sparing time to grace the ceremony with his presence, which is indicative of the Government of Egypt’s solidarity with COMSATS. He stated that science and technology is the most effective tool to improve the socio-economic conditions in the developing countries. He stated that the developing countries must pay attention to devising effective national policies and action plans for development of adequate infrastructure and facilities for productive research and development. He believed that these efforts can be catalyzed through international cooperation in science and technology, particularly South-South cooperation, which is the mission of COMSATS. In this regard, the Executive Director shed light on the previous and ongoing programmes and activities of COMSATS, including its flagship projects in Pakistan. He also announced that the Turkish Parliament has endorsed the ratification of the Accession Agreement to join COMSATS, which was earlier signed by the honourable Ambassador of Turkey to Pakistan. He wished the delegates fruitful discussions during the meeting and an enjoyable stay in Cairo.

Speaking on the occasion, Prof. Mahmoud Sakr, President of the Academy of Scientific Research and Technology (ASRT), Egypt, stated that COMSATS is an excellent platform for internationalization of research efforts being made by Member States/Centres of Excellence. He announced that ASRT would be pleased to collaborate with COMSATS in capacity building and joint research projects.

The technical sessions of the two-day meeting were chaired by Prof. Shaalan. The meeting deliberated upon a 13-point agenda. Under one of the agenda items, the Advisor (Programmes) COMSATS presented COMSATS’ Annual Activity Report (May 2016 – April 2017), while the Executive Director presented the future plans of the organization. Moreover, the heads/representatives of the Centres of Excellence made presentations on the scientific activities of their respective Centres during the period since the last Council meeting, in order to identify areas of potential cooperation among the Council members. As per the standard practice, the Advisor (Programmes) COMSATS briefed the Council on the implementation status of the decisions taken by the Council in its previous meeting, while Director (Finance and Accounts) presented the administrative and financial matters of COMSATS. 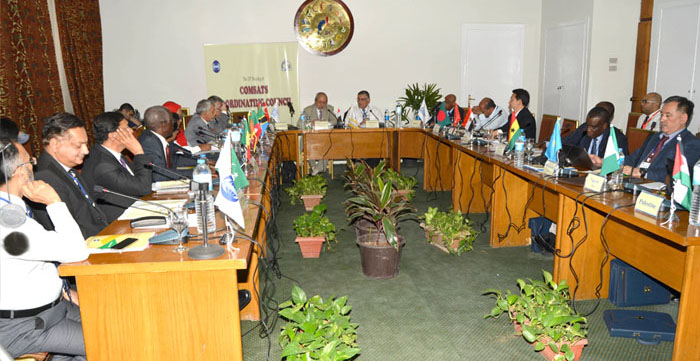 During the meeting, the Coordinating Council accorded unanimous approval on induction of Al-Quds University, Palestine, in COMSATS’ Network as its 21st member, in light of the formal application received from the university as well as the detailed presentation by the President of the university. During another agenda-item, progress reports of the International Thematic Research Groups (ITRGs) on ‘Climate Change and Environmental Protection’, ‘Information and Communication Technologies’, ‘Natural Products Sciences’, ‘Mathematical Modeling’ and ‘Agriculture, Food Security and Biotechnology’ were presented to the Council by the Group Leaders/representatives of the Lead Centres.

During an agenda-item regarding the discussion on the possible offer of five post-doctoral fellowships by each Centre of Excellence to COMSATS’ Member States, ICCBS-Pakistan and CIIT-Pakistan, offered 10 post-doctoral fellowships each, while NRC-Egypt offered 5 fellowships to COMSATS Member States. Other Centres of Excellence also expressed willingness to offer such fellowships to COMSATS Member States, and agreed to send the details to COMSATS Headquarters along with the terms and conditions soon after the meeting. The Council also deliberated upon the matter of reconstitution of COMSATS’ Technical Advisory Committee (TAC), since its existing members have completed their three-year tenures. It was agreed that each Centre of Excellence would submit 2-3 nominations of renowned scientists/experts belonging to their respective countries to COMSATS Headquarters. The decision regarding the induction of suitable candidates in TAC shall jointly be taken by the Chairperson Coordinating Council, Executive Director TWAS and Executive Director COMSATS.

During discussions regarding the new initiatives for collaboration and way forward, it was agreed that COMSATS’ ministerial Consultative Committee shall be activated to hold regular meetings at appropriate level, and their agenda shall be prepared in consultation with the Coordinating Council. The Executive Director shed light on the need of strengthening the existing Centres of Excellence with adequate human and technological resources, as well as inducting new state-of-the-art Centres in the Network. It was recommended that following the success of the establishment of CIIT-Pakistan, COMSATS may establish a few new Centres of Excellence in Member States. The Centres of Excellence were urged to enhance networking with each other and share their human and technological resources for the benefit of Member States. It was agreed that opportunities of fellowships available with TWAS shall be examined and availed by the Centres of Excellence. The Council wished to have representatives of Member States/Centres of Excellence at COMSATS Headquarters for enhancing the efficacy and impact of its programmes and activities.

The Coordinating Council expressed satisfaction on the annual activity report (2016-17), future plans, and administrative and financial affairs of COMSATS. The meeting also issued a Communiqué that encourages the Centres of Excellence to:

It was decided that the next (21st) meeting of the Coordinating Council will be hosted by the Al-Farabi Kazakh National University (KazNU), Kazakhstan, during May 2018. Moreover, the TUBITAK Marmara Research Centre (MAM), Turkey, and the International Center for Chemical and Biological Sciences (ICCBS), Pakistan, were selected as alternative venues.

During the closing ceremony of the meeting held on the evening of 15th May 2017, the Executive Director COMSATS paid gratitude to the organizing committees of NRC and COMSATS for making excellent arrangements for the meeting. He hoped that the decisions of the meeting shall be actively followed-up by the concerned Centres of Excellence for enhancing meaningful collaborations within the Network. The President NRC thanked the foreign delegates for ensuring their participation in the meeting. He also thanked the local organizing committee members for their tireless efforts for organizing the meeting. 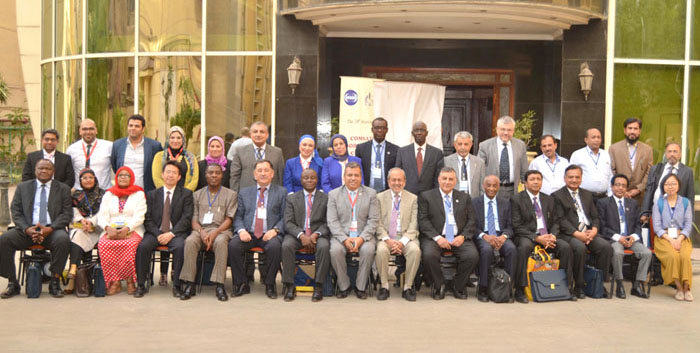