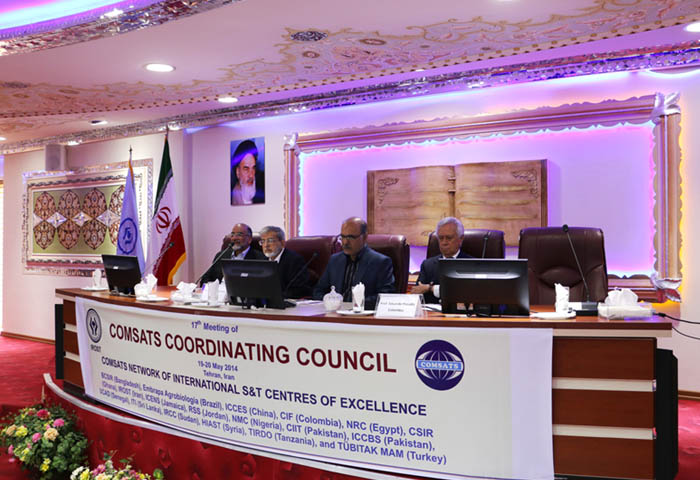 9-20, 2014, in Tehran, Iran. The meeting was hosted by COMSATS’ Centre of Excellence in Iran, the Iranian Research Organization for Science and Technology (IROST). Apart from the senior officials of COMSATS Headquarters, the meeting was attended by Council members or their representatives from 10 Centres of Excellence of COMSATS; BCSIR-Bangladesh, ICCES-China, CIF-Colombia, IROST-Iran, NMC-Nigeria, ICCBS-Pakistan, CIIT-Pakistan, UCAD-Senegal, ITI-Sri Lanka and TIRDO-Tanzania. Moreover, the meeting was attended by the representatives of the Water Research and Technologies Centre of Borj-Cedria (CERTE), Tunisia, in connection with CERTE’s request for induction in COMSATS’ Network of International S&T Centres of Excellence, as well as by the representatives of ISESCO and UNESCO.

The meeting was inaugurated on May 19, 2014, by H.E. Dr. Hussain Salar Amoli, Acting Minister for International Cooperation, Ministry of Science, Research and Technology, Government of Islamic Republic of Iran. In addition to the Council members and senior officials of the Iranian Ministry of Science, Research and Technology, the ceremony was attended by the representatives of the diplomatic missions of Bangladesh, Korea (DPR), Ghana, Pakistan and Tunisia in Tehran; as well as universities and R&D institutions in the country.

In his inaugural address, Dr. Amoli stressed the need for stronger cooperation among developing countries for scientific capacity building. While sharing the current status of higher education in Iran, he called for provision of equal opportunities of higher education regardless of gender. Dr. Amoli also urged the governments of the developing countries to make sincere efforts for increasing their exports of high-technology products and finished goods rather than raw materials. He underscored Iran’s efforts for enhancing public awareness regarding the benefits of science and technology for socio-economic development, as well as to transform its policies into effective strategies and action plans. Dr. Amoli also shared a message from the Iranian Minister for Science, Research and Technology, H.E. Prof. Reza Faraji-Dana, stating that Iran attaches great importance to COMSATS platform for collaboration in various fields of science and technology among Member States. The honourable Minister reiterated his government’s commitment to support the activities of the organization. 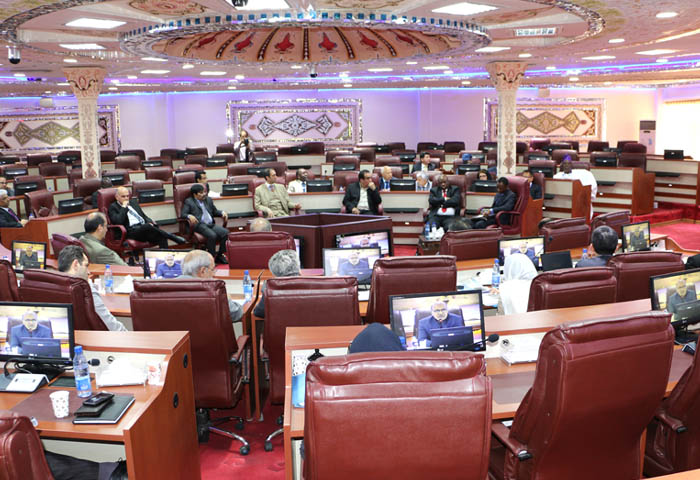 elcomed the distinguished participants, and stated that Iran considers science and technology as a main force for achieving socio-economic development. He expressed pleasure on hosting the Council meeting at IROST, which he considered an effective way to promote international collaboration in different fields of science and technology. Speaking on the occasion, the Executive Director COMSATS, Dr. Imtinan Elahi Qureshi, opined that Iran has a prosperous economic future owing to its vast natural resources and the resourcefulness of its young dynamic population. He considered the patronage of the Government of Iran significant for COMSATS and urged the Government to facilitate IROST in playing a leadership role in the programmes and activities of COMSATS. Dr. Quershi considered investment in human resources; formulation of effective policies and State-level patronage; and allocation of sufficient resources for R&D infrastructure supplemented by a drive towards international interactivity and scientific cooperation, the factors responsible for the success of countries’ development plans.

The Chairperson of COMSATS Coordinating Council, Prof. Eduardo Posada F., Director Centro Internacional de Física (CIF), Colombia, informed that from amongst the developing countries, only Iran and Brazil have duly acknowledged the role of science and technology as an important driver of economic growth, while the rest remain below the investment level of 1% of GNP in S&T prescribed by UNESCO. He called for consistency in the policies and priorities of the governments in a developing country. He stated that innovation has its roots in long-term scientific research processes, without which neither the electronics industry nor the modern agriculture would exist. He, therefore, urged for improvement of the quality of education at all levels and development of science and technology, including basic science at the highest level, and applied science oriented towards the solutions of indigenous problems, as well as to the creation of a strong and innovative industrial sector.

The technical sessions of the two-day event were chaired by Dr. Posada, during which the meeting deliberated on a 13-point agenda. As per the standard format of the meeting, the Executive Director COMSATS presented COMSATS’ Annual Activity Report (May 2013 – April 2014); the heads/representatives of the Centres of Excellence made presentations on the scientific activities of their respective Centres with the view to identifying areas of potential cooperation among the Council members; and the Advisor (Programmes) COMSATS briefed the Council on the administrative and financial matters of COMSATS, as well as reviewed the implementation status of the decisions taken by the Council in its previous meeting.

During the meeting, the Coordinating Council took a number of import 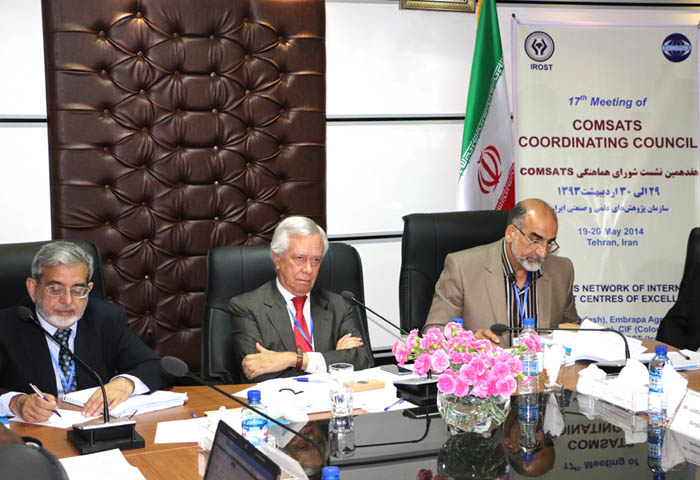 ant decisions. The meeting accorded unanimous approval for the induction of CERTE-Tunisia in COMSATS’ Network of International S&T Centres of Excellence in the light of the formal application received from CERTE; report of the Executive Director COMSATS evaluating the technical facilities and infrastructure of the Centre on the basis of his personal visit to CERTE in December 2013; and a detailed presentation by the Director General CERTE. The induction of CERTE has raised the total number of Network members to nineteen. Moreover, considering the desirability of harmonizing the ‘International Agreement to Establish COMSATS’ and the ‘Charter of the Network’ to be jointly considered as COMSATS Statutes, the Coordinating Council approved the necessary revisions and amendments in the Charter of the Network as proposed by the three-member Amendment Committee nominated by the Council for this purpose. The Council also authorized the Executive Director COMSATS to submit the revised documents as the consolidated Statutes for the approval of the 3rd Commission Meeting of COMSATS.

Considering that the three-year term of the present ten members of COMSATS Technical Advisory Committee (TAC) had expired in 2013, the Coordinating Council accorded approval to the replacement of five of the above-mentioned ten TAC members with the officials nominated by The World Academy of Sciences (TWAS). The new TAC members belong to Brazil, Egypt, Ethiopia, Iran and Malaysia. The Coordinating Council also inducted senior officials of UNESCO, TWAS, CIF, COMSATS Secretariat, as well as Sri Lankan Government in the Panel of Experts on ‘Science, Technology and Innovation Policy’. During another agenda-item, progress reports of the three operational International Thematic Research Groups (ITRGs) on ‘Climate Change and Environmental Protection’, ‘Information and Communication Technologies’, and ‘Natural Products Sciences’ were presented to the Council by the representatives of their Lead Centres, besides discussing matters related to the launching of remaining ITRGs. In this regard, the Director/Chief Executive NMC-Nigeria announced to launch the ITRG on ‘Mathematical Modeling’ during 2014. Moreover, the Council agreed, in principle, to establish a new ITRG on ‘Renewable Energy’ to be led by IROST, Iran. For this purpose, the Council advised IROST to submit a detailed proposal to COMSATS Headquarters, including the name of the designated Group Leader and proposed modus operandi of the Group.

While discussing the future projects and programmes of COMSATS 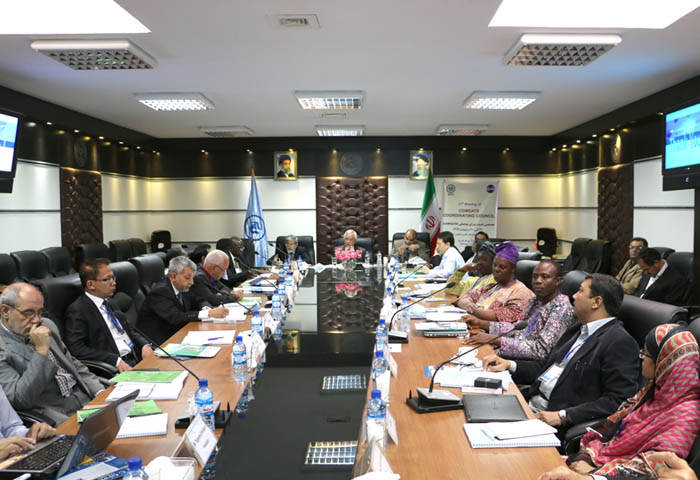 , the Council mandated the Executive Director COMSATS to negotiate the terms of an MoU between UNESCO and COMSATS. Moreover, IROST’s proposal for establishing a Centre on ‘Human Resource Development in Advanced Science and Technology’ was appreciated by the Council. It was agreed that the activities of this Centre at IROST will be supported by COMSATS through provision of travel grants to selected scientists from Member Countries. The Coordinating Council also showed satisfaction on the administrative and financial affairs of COMSATS, and approved the organization’s budget for 2014-15. H.E. Mr. Bawah Gilbert Ayembillah, Ambassador of the Republic of Ghana in Tehran, who was invited to participate in the meeting as representative of the Chairperson COMSATS, lauded the role being played by COMSATS for socio-economic uplift of the South. He encouraged the Network members to continue promoting international cooperation in the larger interest of mankind.

The meeting issued a Communiqué that encourages the Centres of Excellence to: undertake collaborative research programmes; make serious efforts for launching new ITRGs; make maximum utilization of scholarships offered by China, Pakistan and Iran, and consider the possibility of similar offers from their Centres; create hotlines with COMSATS Headquarters through Skype or other information exchange channels for prompt communications; keep COMSATS Headquarters aware of new developments or major achievements of their organizations for appropriate projection at international level through COMSATS Newsletter; encourage their researchers to submit scholarly scientific articles for publication in COMSATS’ bi-annual journal, the ‘Science Vision’; as well as consider placement of their officers at COMSATS Headquarters on secondment. The meeting also appreciated the efforts of COMSATS Secretariat to fulfill the objectives of the organization, and encouraged to continue its devoted efforts towards the implementation of COMSATS’ five-year strategy.

It was decided that the next (18th) meeting of the Coordinating Council will be hosted by the Industrial Technology Institute (ITI), Sri Lanka, while the Bangladesh Council of Scientific and Industrial Research (BCSIR), Bangladesh, was chosen as an alternative host. 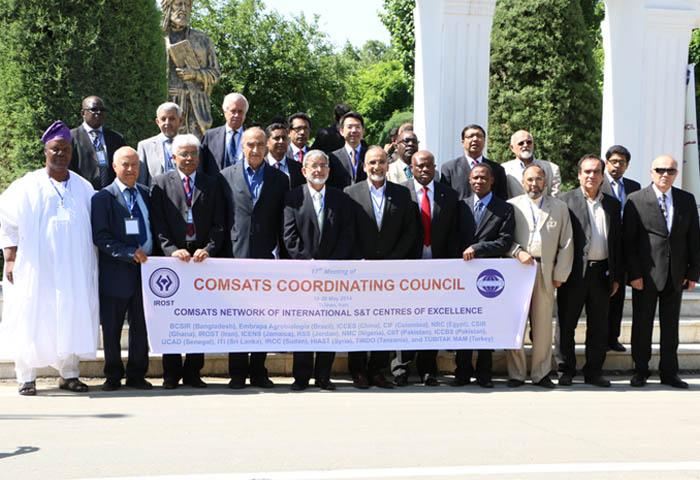