NETWORK OF CENTERS OF EXCELLENCE

PROFILE OF THE CHAIRPERSON COORDINATING COUNCIL 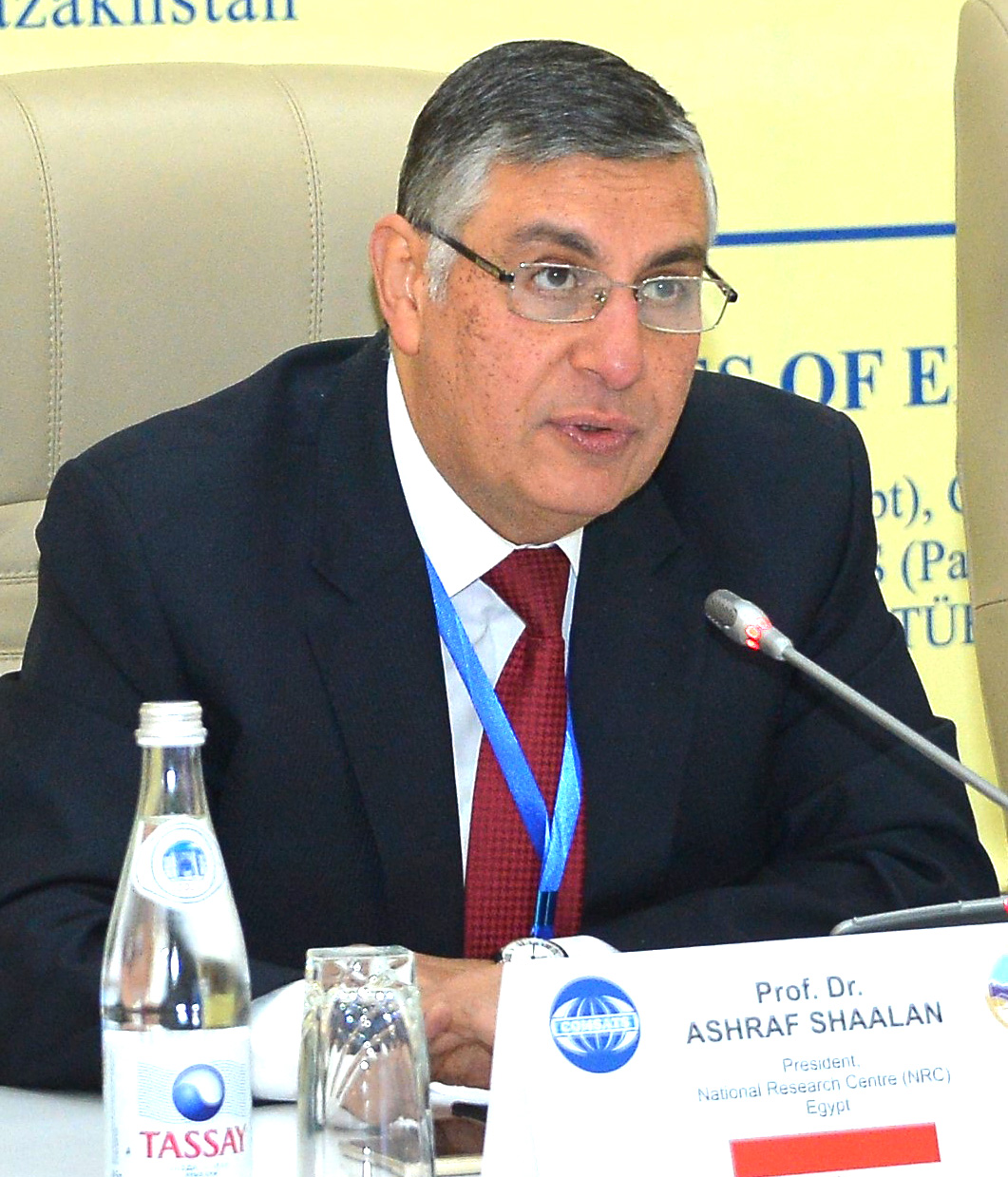 Prof. Ashraf H. Shaalan has been the Chairperson of COMSATS Coordinating Council since May 2016. Elected for his first term as the chairperson, he continued his service to the Council in the same capacity for a second term on unanimous re-election during the 22nd Meeting of the Council held in Tianjin, China, in April 2019. Prof. Shaalan was also conferred the honorary lifetime membership of the Council during the same Meeting.

Prof. Ashraf H. Shaalan is the former President of National Research Centre (NRC), COMSATS Centre of Excellence in Egypt, which is affiliated to the Egyptian Ministry of Scientific Research, since November 2009.

As the President of the largest interdisciplinary research institute in the Middle East, Prof. Shaalan has devoted himself to the promotion of interdisciplinary research cooperation among NRC’s 110 research departments, covering the major areas of industry, health, environment, agriculture, basic sciences and engineering. Under his leadership, the Centre successfully executed its 9th and 10th research plans (2010 – 2013 and 2013 – 2016, respectively).

His research work is mainly focused on Pediatrics and Anthropology. Having a wide experience in science and technology management, Prof. Shaalan played an active role in preparing Egypt’s science, technology, and innovation policy; and building partnerships among analogous academia, government and industry.

At international fora, Prof. Shaalan succeeded to enhance research collaboration with many countries such as Italy, Germany, France, USA, China, India, Russia, and Japan through joint research projects. He fortified the collaboration with many international organizations; namely DAAD, JICA, British Council, CIDA, SIDA and IDB. Prof. Shaalan has been a proponent of regional collaboration in science and technology. He has actively contributed as Member of the National Flour Fortification Alliance, selected by the United Nations World Food Programme (2007); and Co-founder of Middle East and North Africa Nutrition Association – MENANA (2004). He is founder, co-founder and member of many scientific societies in Egypt and abroad. He is also the head of Egyptian National Nutrition Committee and has served many other scientific committees as member.

In recognition of his scientific excellence, Prof. Shaalan has won the following national awards: