COMSATS University Islamabad (CUI) was established as a project of COMSATS in 1998. CUI received the Charter of a Degree Awarding Institution (DAI) from the Government of Pakistan in the year 2000. The University that started its operations in a small building in Islamabad with less than 300 students has since grown to become a major public-sector university in Pakistan and a Centre of Excellence of COMSATS. CUI’s fully functional campuses in Islamabad, Lahore, Abbottabad, Wah, Attock, Sahiwal and Vehari, are actively engaged in teaching, research and public service along with its Virtual Campus. 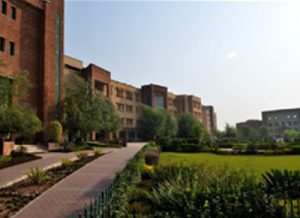 The University published 8,992 research articles (from 2005 to 2017), brought-out 80 books, filed 45 patents out of which 09 are granted, and organized more than 500 research-based workshops/conferences. CUI was awarded the international certificate of quality, ISO 9001:2008 in the year 2011 which has been recertified over the years. Furthermore, its Quality Enhancement Cell (QEC) has been placed in the top category of ‘W’ by the Higher Education Commission (HEC) of Pakistan.

In the newly announced international rankings, CUI has yet again nailed its position as one of the leading Institutions for higher education. CUI is ranked # 301-400 in 2018 Times Higher Education (THE) Engineering & Technology subject ranking and #401-500 in Physical Sciences and Social Sciences subject ranking. While in the THE world universities rankings, CUI has been placed among 601-800 world best universities, at #125 in Asian Universities, and ranked 2nd in Pakistan. The University has also been ranked 190th in QS Asian Universities Rankings 2018. Further, Higher Education Commission (HEC) ranked CUI at number 3 in the ‘General Category’ and at number 6 among ‘overall universities’ in 2016, and top university in ‘Computer Science and Information Technology’ in 2012 besides being ranked 2nd in the ‘research publications’ category in 2015.

CUI has signed over 150 Memoranda of Understanding with some of the leading universities of the world, such as the University of Illinois at Urbana-Champaign, USA; North Dakota State University, USA; University of Malaya, Kuala Lumpur, Malaysia; Jacobs University Bremen, Germany; Tampere University, Finland; and Lancaster University, UK.