COMSATS Center for Climate & Sustainability (CCCS) organized an Interactive Dialogue on Multi-Stakeholders and Integrated Approach to Climate Resilient Finance’ on 9th November 2022, on the sidelines of UNFCCC 27th Conference of Parties (COP27). The event was held in collaboration of Islamic World Educational, Scientific and Cultural Organization (ICESCO), Regional Center for Renewable Energy and Energy Efficiency (RECREE), and Egyptian National Commission for UNESCO & ICESCO, at the ICESCO’s pavilion in Sharam El Sheikh, Egypt. 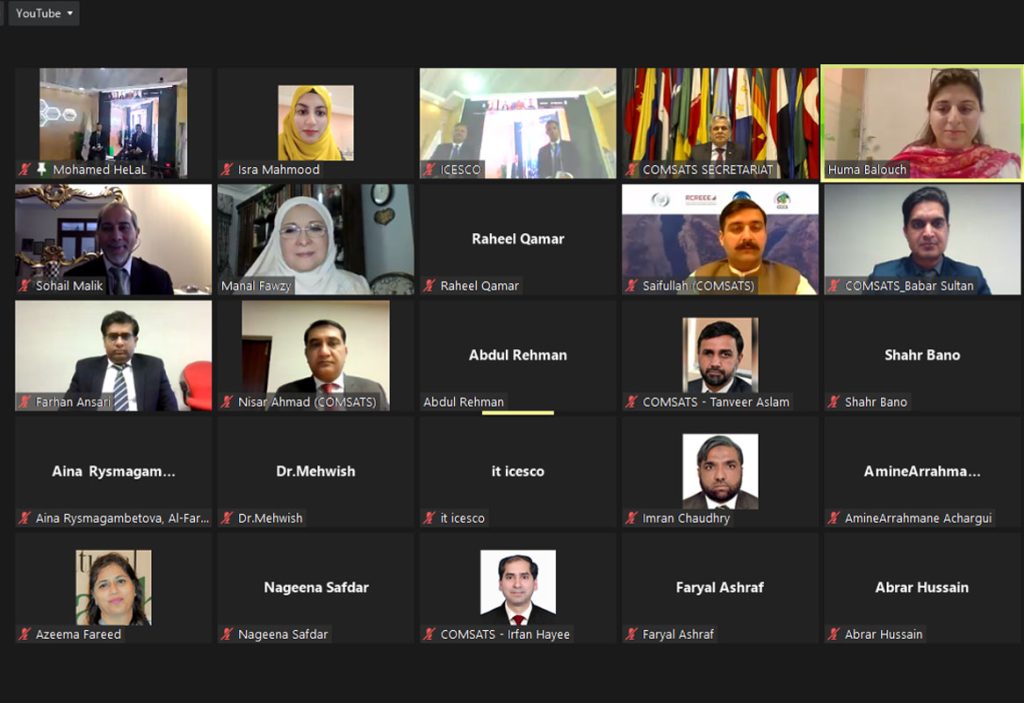 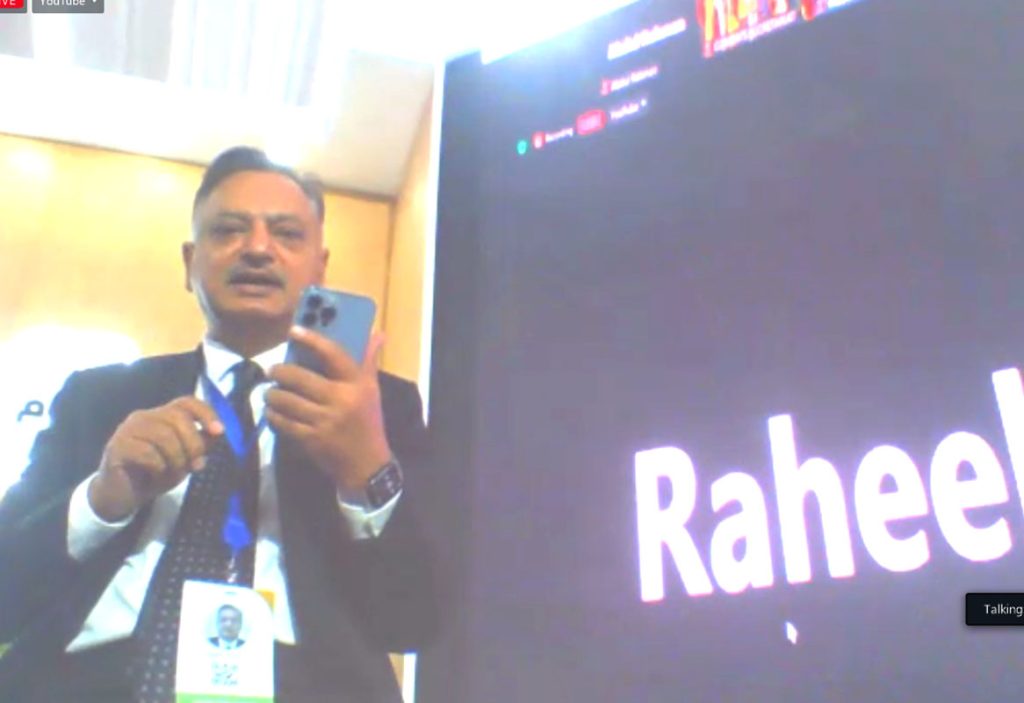 Prof. Dr. Raheel Qamar Head of Science and Technology Sector, ICESCO gave introductory remarks on the occasion. Dr. Qamar talked about evolution of natural environment and emphasized the need for an alternate vision for growth and development, one that can lead to economic growth while simultaneously improving social and environmental well-being of developing countries through more affordable green technologies. 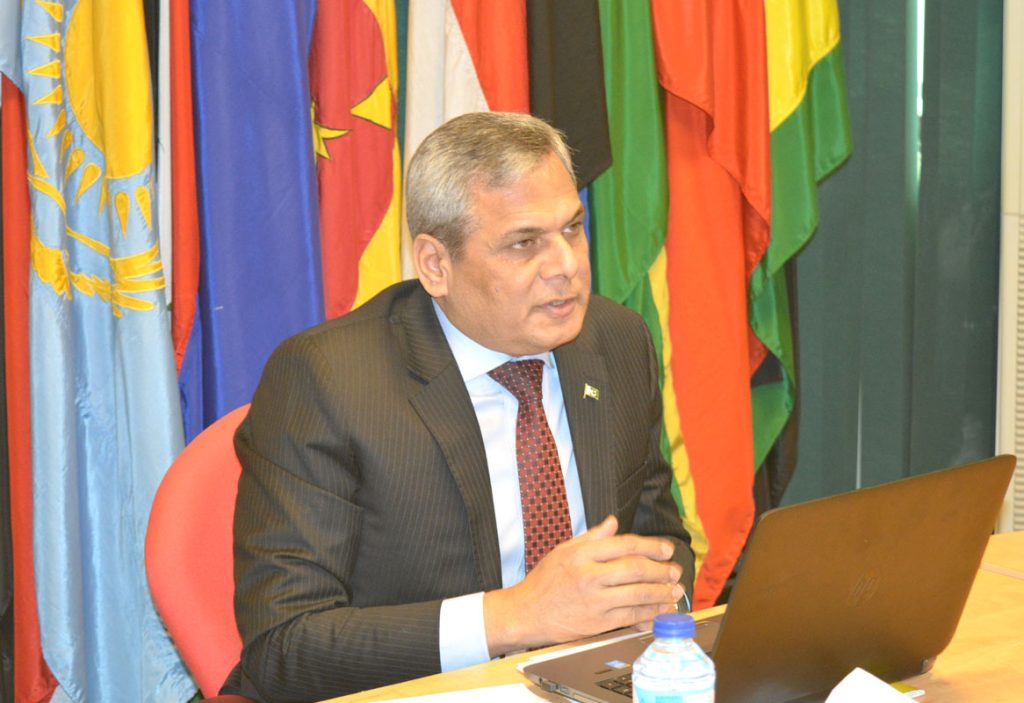 In his opening remarks, Amb. Dr. Mohammad Nafees Zakaria, Executive Director COMSATS, highlighted that Pakistan has suffered greatly from the devastations caused by the 2022 floods of biblical proportions, displacing millions, thousands of precious lives lost, destruction of livelihood and other associated challenges. Events of such magnitude, he opined, call for making this decade a decisive one in terms of climate response before globally warming becomes an insurmountable challenge.

The technical talks commenced with that of Mr. Yusuf Olatunji, Senior Climate Change Specialist, Islamic Development Bank (IsDB), who noted that Paris Agreement demands for a balance between mitigation and adaptation financing. Private sector is encouraged to invest in mitigation fund because it attracts the investors while there is need to invest in adaptation. He suggested that we need to propose investment models to attract private sector to invest in climate finance. He also suggested that besides cost-benefit analyses related to agriculture, water, transport, we also need to take into account the environmental and social benefits that accrue as returns of their investment.

Dr. Manal Al Fawzy Ahmed, Chair, UNESCO Man and Biosphere Project, talked about efficient use of Climate Finance for achieving SDGs 2030 Agenda. She added that developing countries must be able to prepare for, procure, deliver, monitor, and report on climate finance on a national and international levels in a way that is catalytic for and in line with SDGs. Further sharing her views, Dr. Fawzy added that preparing strong project bids, comprehensive climate change adaptation plans, and accreditation with any of the climate funds are generally challenging processes, especially when employing Direct Access modality. To address these issues, a number of development organizations, and environment and climate funds are helping governments in enhancing their capacity in order to address these concerns. 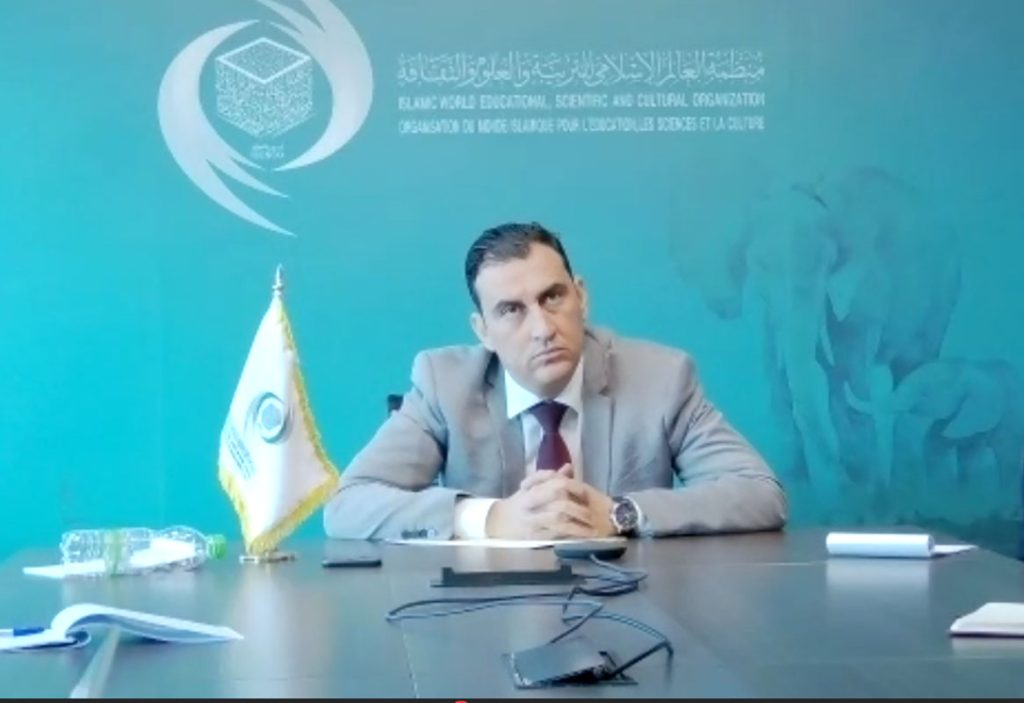 Dr. Foued Alyani, Expert, Science and Technology Sector, ICESCO, informed about ICESCO’s contributions towards Climate Action that include active participation in COP27 having more than 50 side events with diverse areas of education, science and culture. Dr. Alyani expressed alarm on the vulnerability of poor world to climate change, as the developing world stand most vulnerable to the devastating effects of climate change while contributing very little to its causes. He also urged underdeveloped nations to try and find ways to adapt to climate change despite a lack of funding. He stressed the urgent need for climate funding to be rationalized in favor of underdeveloped countries, especially owing to their lack of technical and human resources.

According to Mr. Ahmed Abdelrasoul, an environment expert from RECREE, there is a significant funding gap between needed and accessible climate finance through National Determined Contributions (NDCs). This finding is based on data from eight climate finance donor organisations, including the Green Climate Fund. He stated that just 224 billion USD had been invested between 2003 and 2022, which is far less than needed. He informed that RECREE is making efforts to bring business sector on-board for making climate-friendly investments. He also added that collaboration between public and private sector investors makes climate funding more sustainable.

During the discussion session, panelists emphasized that taking urgent action on climate change is essential for achieving Sustainable Development Goals. It was noted that as a result of the Paris Agreement, developing world has received a lot of financing for climate resilience, but there is a lack of human and technical capacity to create relevant project origination, development, and implementation. In this regard, capacity building is essential to help developing countries win funds for climate resilience.

The event ended on the note that the international community must do more than just increasing funding flows for isolated local efforts to make climate financing successful.