COMSATS’ condolences and expression of solidarity on the sad demise of His Highness Sheikh Khalifa bin Zayed bin Sultan Al Nahyan, the President of the United Arab Emirates (UAE) were communicated to the Embassy of UAE in Islamabad, on 18th May 2022.

In this regard, Engr. Qaiser Nawab, Assistant Director (Programmes) at COMSATS Secretariat, called on H.E. Mr. Hamad Obaid Ibrahim Al-Zaabi, Ambassador of UAE to Pakistan. He remarked on the legacy of unprecedented growth, prosperity and development that Late President’s left behind for UAE and assured His Excellency of COMSATS’ highest regard of the Government of UAE. 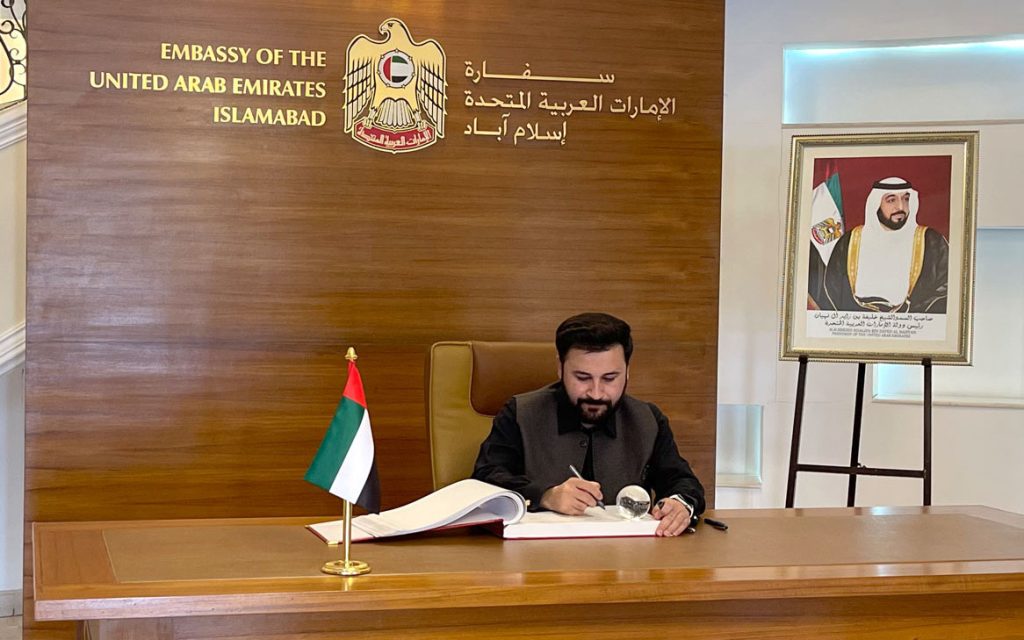 Sheikh Khalifa, who was included in Forbes 2018 list of most powerful people, was the second President of UAE. He held the office of the President of UAE from November 2004 till his demise in May 2022.

On the occasion, Engr. Nawab also wrote his remarks in the condolence book maintained at the Embassy.