A two-member delegation of Embassy of Iraq in Pakistan, headed by its Deputy Head of Mission, Mr. Suleiman Khalid, visited COMSATS Secretariat, on 8th September 2021, and held meeting with its senior officials. The purpose of the delegation’s visit was to strengthen linkages with COMSATS and benefit from its scientific cooperation programmes.

Mr. Khalid was accompanied by his colleague from the Embassy, Asseel Al Jomailey, wh 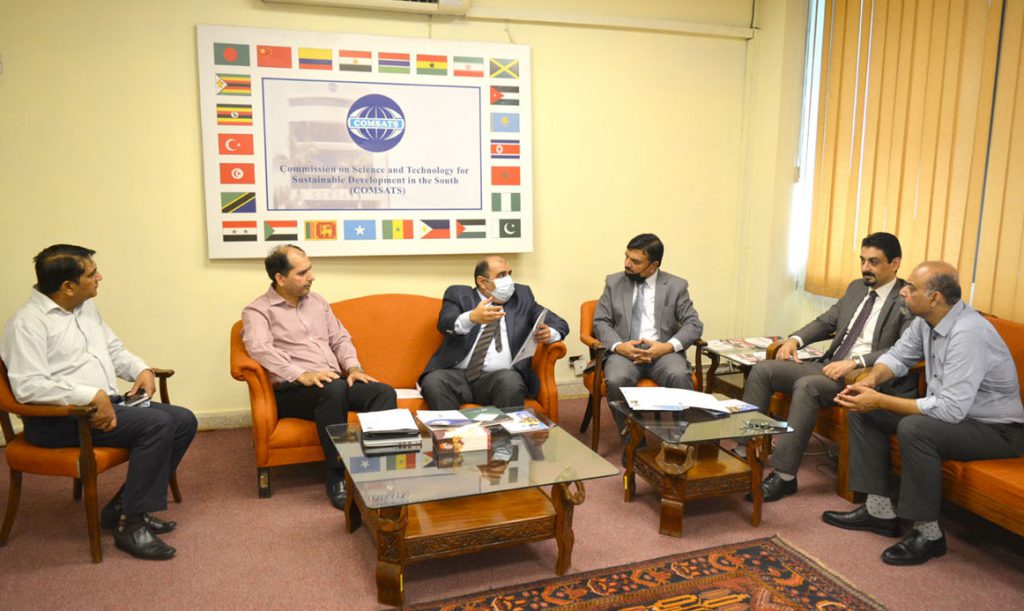 Mr. Hayee briefed the delegation about COMSATS, its mission, functions and objectives as an intergovernmental organization working for international cooperation in S&T. He noted that COMSATS is focused at S&T-led sustainable development and its various forums and statutory bodies provide it the means to effectively sensitize all the stakeholders in the member states about the importance of science and technology. He highlighted that COMSATS is unique in a way that it operates a Network of International S&T Centres of Excellence, currently having 24 members from across the globe. He added that the Network through its representative body, the Coordinating Council, comprising heads of S&T Centres and academic institutions, regularly meets every year, plans and executes scientific cooperation programs of COMSATS at national, regional and international levels.

Referring to a recent visit of the Iraqi Foreign Minister to Pakistan, Mr. Khalid informed that the Government of Iraq is working towards strengthening its international relations. He further indicated the possibility of the Prime Minister of Iraq visiting Pakistan in near future. He expressed his Government’s desire for reconciliation on the fronts of scientific, R&D and academic collaboration. He also shared details on liaison and cooperative measures being initiated in this regard with Pakistani government and academic institutions, such as Ministry of Foreign Affairs (MoFA), Government of Pakistan, and COMSATS University Islamabad (CUI) – a Centre of Excellence of COMSATS.

It was agreed during the meeting that the Executive Director COMSATS will extend offer of COMSATS’ State Membership to the Government of Iraq through a letter addressed to the Minister, Ministry of Higher Education and Scientific Research, which is the relevant government body of the Government of Iraq. Moreover, it was mutually decided that Hon. Ambassador of Iraq will be requested to make vigorous efforts to pursue the matter of Iraq’s accession to COMSATS with relevant authorities in Iraq hopefully in time to have COMSATS’ Accession Agreement signed during the expected state visit of the Prime Minister of Iraq to Pakistan. In this regard, COMSATS Secretariat will coordinate with the Embassy of Iraq in Islamabad, as well as the Ministries of Science & Technology and Foreign Affairs, Government of Pakistan.

Discussions during the meeting also lead to the understanding that COMSATS Secretariat will support formalization of agreement between COMSATS University Islamabad, and the University of Baghdad, with a view to create twinning arrangements between the two leading academic institutions to support faculty and academic exchange beside other initiatives. The agreement between the two institutions was also proposed to be signed during the expected state visit in the presence of premiers of the two countries. 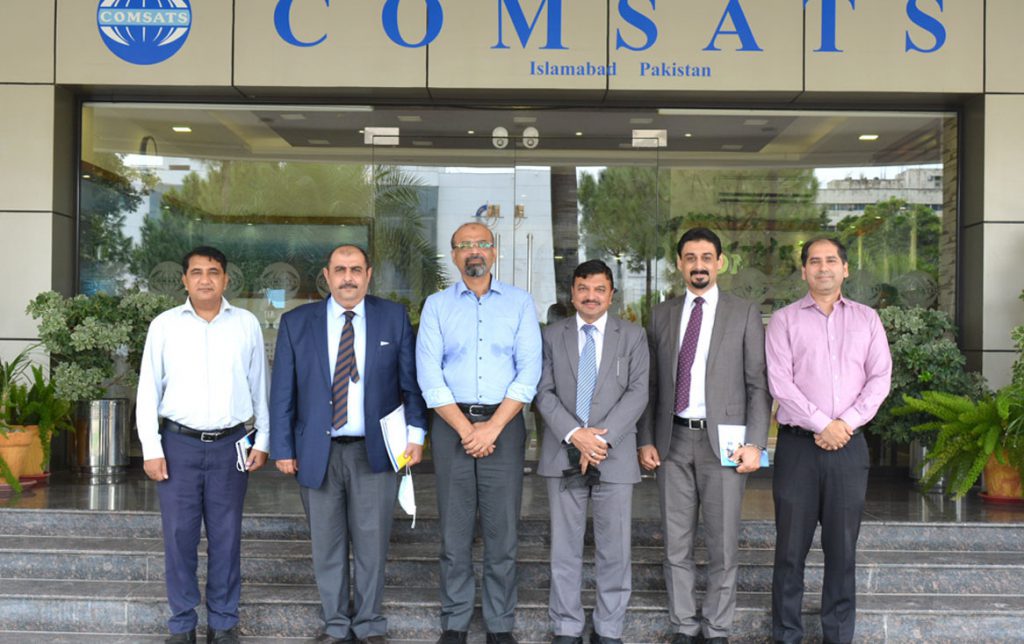