nomic Development in the South” continued with its eighth session on 9th March 2021, featuring talk on “Capacity building in the Global South: The Contribution of TWAS”. Delivered by Prof. Dr. Romain Murenzi, Executive Director of The World Academy of Sciences (TWAS), Italy, the talk had participation of representatives from COMSATS’ Focal Ministries, Centres of Excellence and COMSATS Secretariat.

During his presentation, Prof. Murenzi shared various programmes of TWAS that have been playing a vital role in the capacity-building of scientific community, helping improve research infrastructure, supporting early-career scientists, promoting and catalyzing research links, as well as rewarding scientific excellence in the developing countries.

Informing about the details of individual programmes, Prof. Murenzi mentioned that “TWAS South-South PhD Fellowship Programme” offers 100 to 160 PhD fellowships each year for research at well-known institutions in the developing countries, including Brazil, China, India, Pakistan and South Africa. He informed that since 2004, over 700 PhD awardees have graduated with the support of TWAS and its partners, and over 1700 peer-reviewed publications have been produced by TWAS PhD graduates. Another of such programme, Postdoctoral Fellowships: South-South Mechanism, he added, supports scientists from developing countries to work collaboratively with prominent scientists in another developing country, including Brazil, India, Malaysia, Pakistan and Thailand. 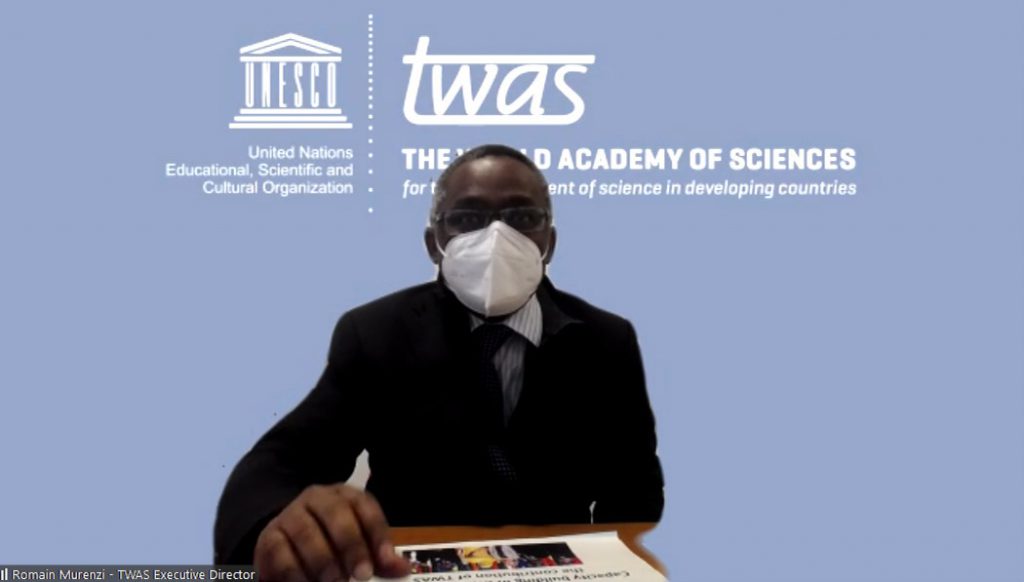 Concluding his lecture, Prof. Murenzi stated that present times require effective partnerships between scientists, policymakers and diplomats to help deal with variable challenges. In this connection, TWAS in collaboration with the American Association for the Advancement of Science (AAAS) is leading a programme that includes lectures, workshops, courses and prizes to help build a bridge between the worlds of science and diplomacy.