On October 8, 2020, the Deputy Head of Mission, Embassy of Islamic Republic of Afghanistan in Islamabad, H.E. Mr. Ahmad Shakir Qarar, called on the Executive Director COMSATS, Dr. S.M. Junaid Zaidi, at COMSATS Secretariat. The meeting also had participation of senior officials of COMSATS.

an as its Member State in order to aid the Republic’s science and technology-led development. Understanding Afghanistan’s needs to establish strong connections and synergies with institutions around the globe especially from countries having similar development challenges, Dr. Zaidi highlighted the role that COMSATS can play to build linkages amongst academic and scientific institutions of Afghanistan and other developing countries through its various platforms and networks.

In order to acquaint the Afghan diplomat with COMSATS, the Executive Director COMSATS briefed him about the organization’s mandate, operations, major programmes and future aspirations. He elucidated aspects such as COMSATS’ present leadership, membership and outreach, areas of focus, modus operandi as intergovernmental organization, various operational organs, as well ongoing and future programs having support of national and international organizations and UN agencies. Dr. Zaidi noted that programs in higher education and scientific cooperation can be the starting points for building strong relationship between Afghanistan and Pakistan, as well as other Member States of COMSATS. In this regard, he offered support to host a delegation of professors from Afghan universities to visit Pakistani institutions and explore avenues of cooperation and to build linkages between academic institutions of the two countries. He viewed the people-to-people and academic linkages between the two countries critical for increasing representation of Afghan diaspora to Pakistani institutions and universities.

Mr. Qarar welcomed the offer of Dr. Zaidi and expressed his strong resolve to create scientific and academic linkages between Afghanistan and Pakistan. He informed that higher education institutions such as the University of Nangarhar, Kabul University and University of Herat, to name a few, have good faculty of science and well-suited for international linkages.

Exploring other areas of collaboration, Mr. Qarar noted that large number of Afghan people travel to Pakistan and other neighboring countries in order to seek medical and health care. He noted the reason for this to be the lack of medical specialists as well as quality healthcare facilities in the country due to its prolonged geo-political unrest. Recognizing the healthcare needs of the people of Afghanistan, Dr. Zaidi offered support to the Afghan people through COMSATS Telehealth (CTH) program (ehealthcomsats.com), which is a success due to its reliance on information and communication technologies as well as time-tested standard operating procedures supporting basic and specialist medical consultation in distant locations. Mr. Qarar appreciated the idea and pledged to consult the Afghan health department back home in order to build synergies and to establish a viable health solution for Afghan people. 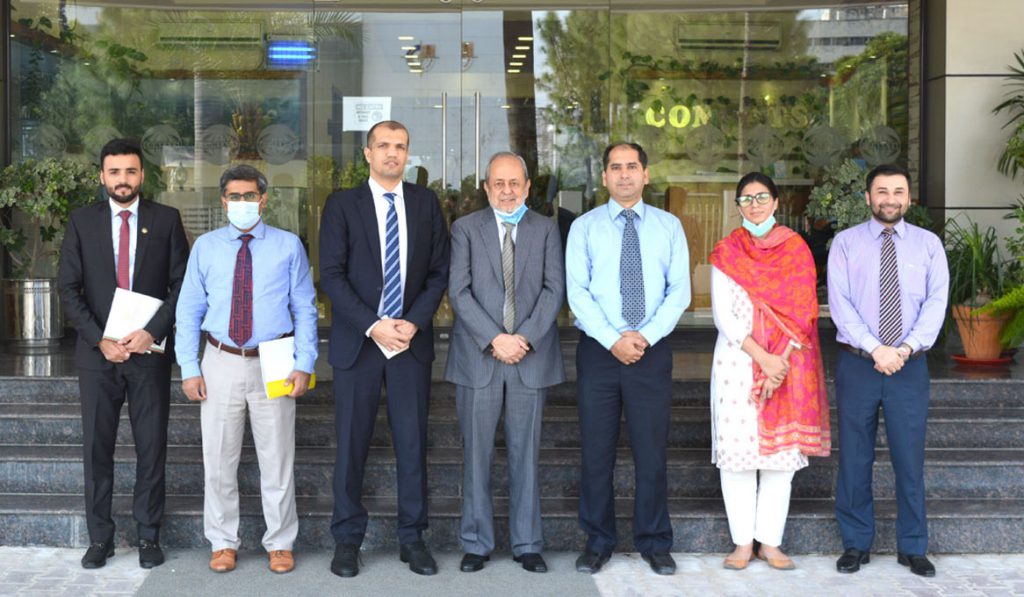 The meeting concluded on the note of establishing closer relations between Afghanistan and COMSATS Member States. A set of COMSATS’ publications was also presented to Mr. Qarar.