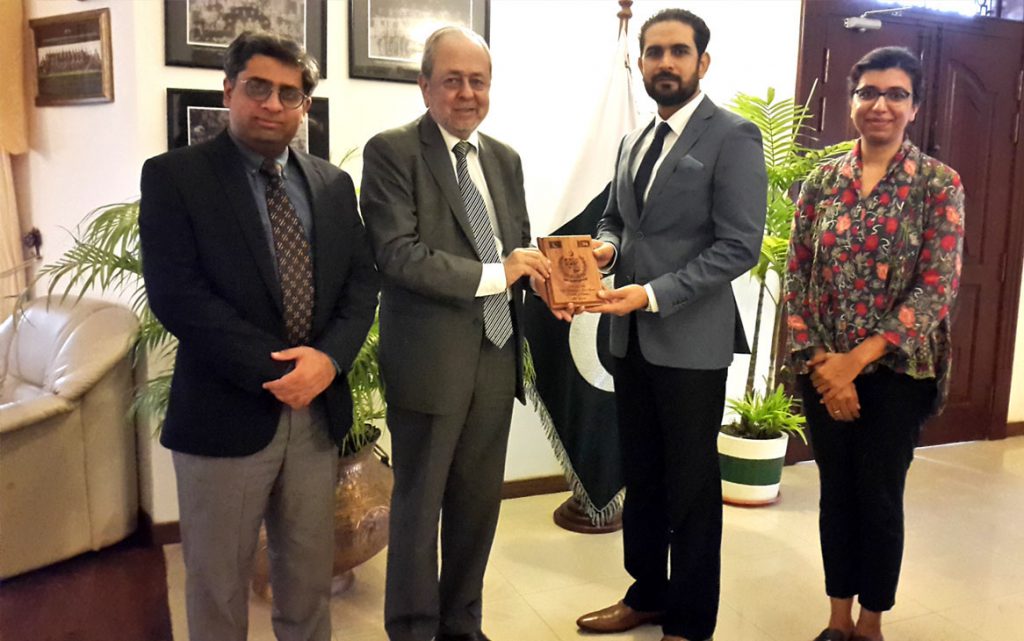 During the meeting, the Executive Director introduced COMSATS and its programmes, and informed regarding the past collaboration between COMSATS and Sri Lanka. He informed about the forthcoming meetings of COMSATS’ organs (Coordinating Council, Consultative Committee and General Meeting) and hoped for adequate participation of Sri Lanka in these. Dr. Zaidi acquainted the honourable Minister with COMSATS University Islamabad that currently educated 40,000 students, has 1,200 PhD qualified faculty members, 2,700 impact factor publications, and very strong international collaborations.

The State Minister appreciated the programmes and activities of COMSATS as well as its contributions towards socio-economic development of the member countries. The two sides discussed matters regarding the possibility of establishing a top class university of S&T in Sri Lanka. The matter of ITI’s upgradation to make it a top-notch research centre in the developing world was also discussed.

Speaking during the meeting, the Pakistani High Commissioner highlighted the ongoing collaboration taking place between the governments of Pakistan and Sri Lanka, including scholarships, expert-exchange, technology transfer, etc. He assured his full support for facilitating collaborations between COMSATS and the government of Sri Lanka. The Executive Director invited the State Minister and Secretary to visit COMSATS and two of its Centres of Excellence in Pakistan.

Earlier, COMSATS’ delegation had held a separate meeting with Mr. Tanvir Ahmad, Acting High Commissioner of Pakistan in Colombo, during which COMSATS-Sri Lanka collaboration was discussed in detail.