COMSATS Strengthens Cooperation with its Partner in France

Home   /   COMSATS Strengthens Cooperation with its Partner in France

The Executive Director COMSATS, Dr. S. M. Junaid Zaidi, along with Mr. Tajammul Hussain, Advisor (Programmes), COMSATS Secretariat, visited UNESCO Headquarters, Paris, on 10th and 11th October 2019. The purpose of the visit was to reinforce the existing collaboration and breaking new grounds for joint work between the two organizations.

A meeting with Dr. Shamila Nair-Bedouelle, Assistant Director-General for 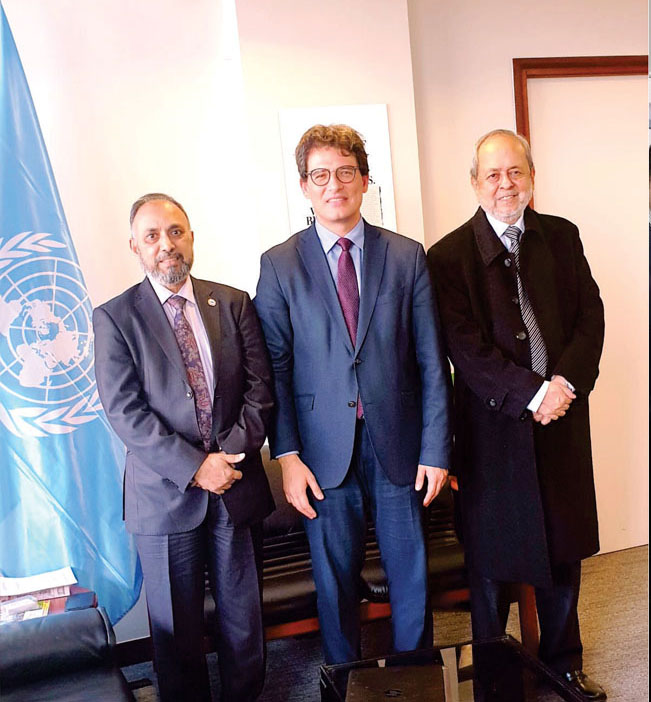 During the meeting, Dr. Zaidi briefed the UNESCO officials about COMSATS’ mandate, international programmes and activities, as well as COMSATS’ regional and international partnerships and linkages. While highlighting COMSATS’ interest in institution building in the South, Dr. Zaidi informed that COMSATS has recently established a Centre for Climate and Sustainability to provide a platform for advocacy, coordination and collaboration in the area of climate sustainability.

The discussions following the briefing focused on the possibility of instituting a Science Park with the joint collaboration between UNESCO, COMSATS University Islamabad (CUI) and relevant institutions in Ghana. It was noted that UNESCO wide-ranging experience in this domain would help materialize such a project successfully.

Dr. Nair-Bedouelle and Dr. Oti-Boateng were appreciative of COMSATS’ undertakings particularly in the African region and suggested linking UNESCO’s Network with COMSATS’ Network of International S&T Centres of Excellence to help increase COMSATS’ membership from African continent. It was also proposed that UNESCO’s experience for research commercialization as well as development of University-Industry relationship may also be exchanged for the benefit of COMSATS Member States.

Later during the day, a meeting was held with Dr. Firmin Edouard Matok 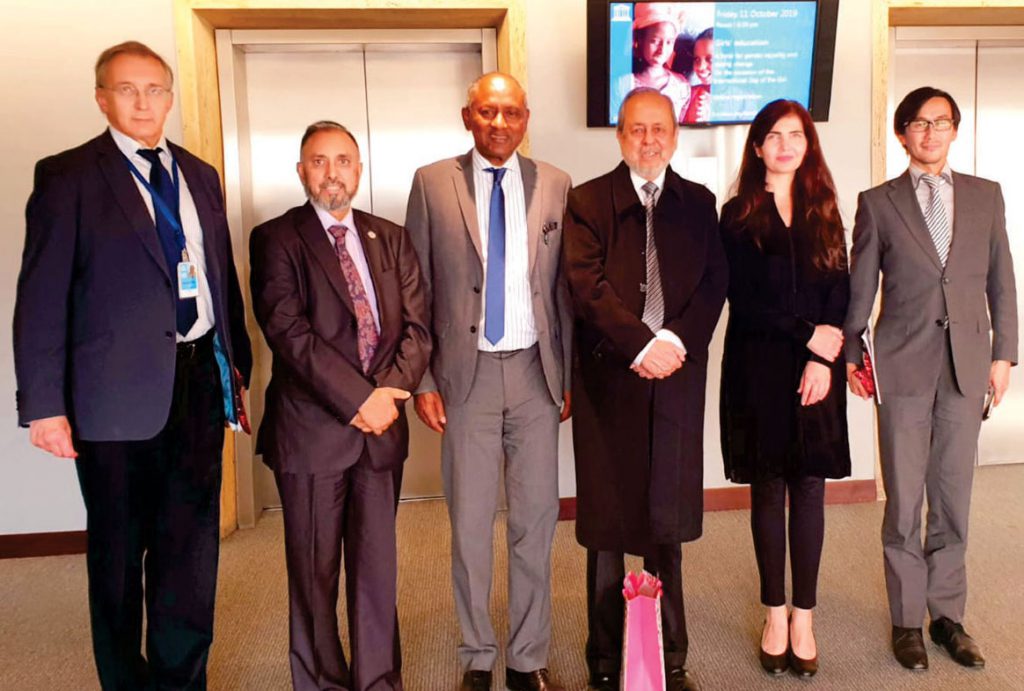 Dr. Matoko was informed about COMSATS’ operations to which he expressed appreciation. Reciprocally, he apprised COMSATS’ delegates of Africa Priority Programme and its various flagship projects. He noted that through this programme, UNESCO is imparting education to young African girls so as to empower them to play an active role in the socio-economic progress of their countries. Further during the meeting, the two sides explored prospects of collaboration under Africa Priority Programme.

On 11th October 2019, a meeting was held with Mr. Moez Chakchouk, Assistant Director-General for Communication and Information. Subsequent to briefing on COMSATS by Dr. Zaidi, Mr. Chakchouk informed about various initiatives of UNESCO aimed at building knowledge societies through open educational resource and access to scientific information. He stated that UNESCO is committed to enhance sustainability of cities through policy advice, technical assistance and capacity building based on its extensive experience in education, science, communication development. Mr. Chakchouk appreciated COMSATS’ strength in the field of information technology and expressed willingness to work jointly on smart cities for Sustainable Development.

On the evening of 11th October 2019, the delegates held one-to-one meeting with Dr. Neelofer Shahzad. During the meeting, proposals for initiating awards such as “Dr. Abdus Salam Award for Best Scientist” and “COMSATS-UNESCO Edhi Humanitarian Award” were considered. It was also suggested that COMSATS may offer scholarships to young scientists from COMSATS-UNESCO common member countries.