COMSATS celebrated its 25th Anniversary in a simple ceremony held at its Secretariat in Islamabad. Dr. Parvez Ahmed Butt, Founding Executive Director of COMSATS, graced the occasion with his presence as the Chief Guest. Also present during the ceremony were officials from COMSATS Secretariat, COMSATS University Islamabad (CUI) and COMSATS Internet Services (CIS). 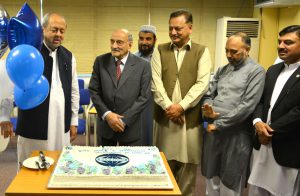 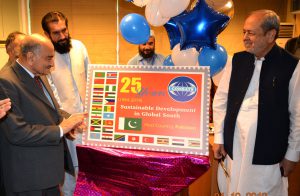 Welcoming the guests, the Executive Director COMSATS, Dr. S.M. Junaid Zaidi, gave a brief account of COMSATS’ history since inception. He also appreciated and recognized the support of the key figures that played a crucial role in this struggle for establishing an Organization mandated to promoting sustainable development through science and technology. He considered Dr. Parvez Ahmed Butt most notable among these.

Speaking on the occasion, Dr. Butt stated that teamwork and due del 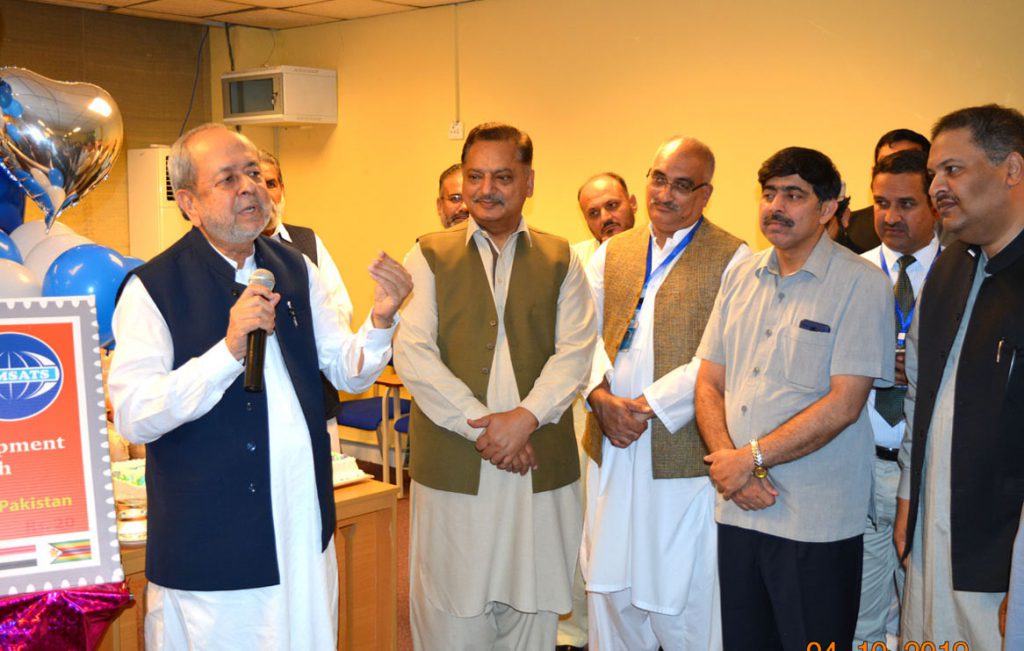 egation of work is the key for successful operations of any organization. Speaking with a gathering of over 80 people, he shared the journey of establishment of CIS, the pioneer ISP of Pakistan that made it possible to have ICTs application in the country in the fields of IT, education and health.

In his remarks on the occasion, Prof. Dr. Raheel Qamar, Rector CUI, greatly acknowledged the hard work and efforts of Dr. Zaidi in taking COMSATS University Islamabad (CUI) forward as its Founding Rector. He considered his leadership pivotal for bringing the University on the road of prosperity and earning it a place in top 5 universities of Pakistan.

Also on the occasion, Dr. Arshad Saleem Bhatti (Dean Faculty of Sciences of CUI), distinguished scientist who has recently been awarded Pakistan’s Star of Excellence for his contributions in the field of nanotechnology and applied physics, shared his views regarding the significance of South-South Cooperation and considered organizations like COMSATS, ICTP and TWAS important in bringing developing countries together for technological cooperation and scientific linkages.

A celebratory cake was also cut on the occasion along with curtain-raising of stamp issued by COMSATS on its Silver Jubilee.