The Commission on Science and Technology for Sustainable Developmen 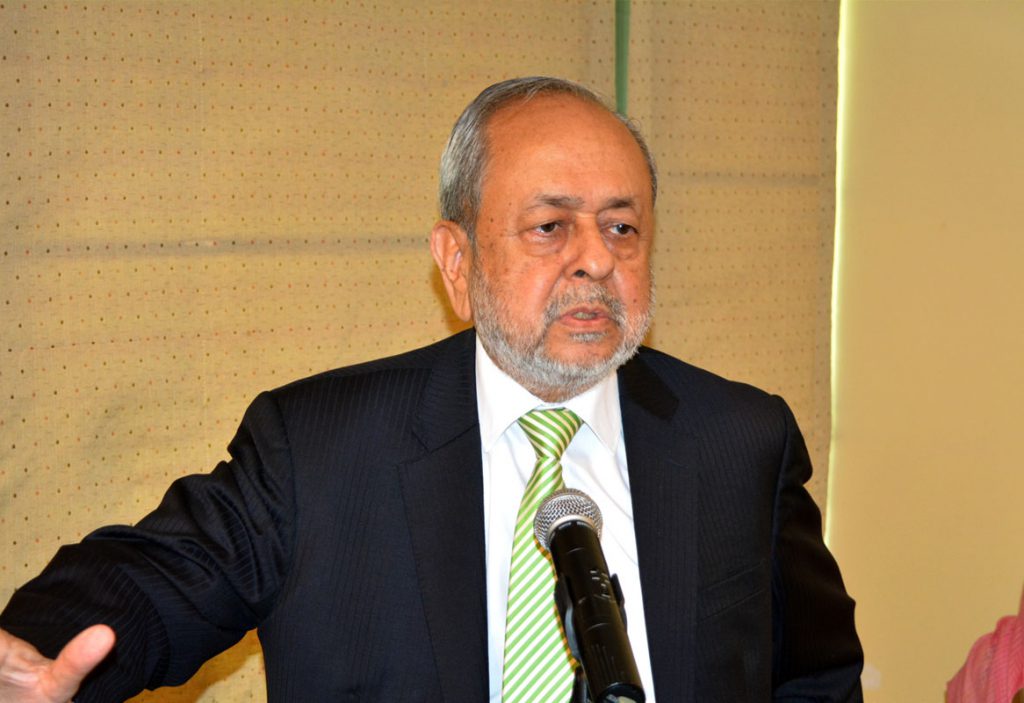 t in the South (COMSATS) in collaboration with the American Institute of Pakistan Studies (AIPS) and the Centre for Climate Research & Development (CCRD) organized a consultative dialogue on “Air Pollution in Pakistan” in commemoration of the Earth Day 2019. The main highlight of the event was the talk on “Air Pollution in Pakistan: Current Scenario and the Way Forward” by Prof. Dr. Gabriel Filippeli, Director of Center for Urban Health, Department of Earth Sciences at Indiana University-Purdue University Indianapolis (IUPUI).

The event was opened by Dr. S. M. Junaid Zaidi, the Executive Director of COMSATS. In his welcome remarks, Dr. Zaidi thanked the participants and noted that air pollution in Pakistan is causing serious health problems. He quoted China’s example of success in combating air pollution. He informed that COMSATS is establishing COMSATS Centre for Climate & Sustainability (CCCS) involving twelve of its Member States. 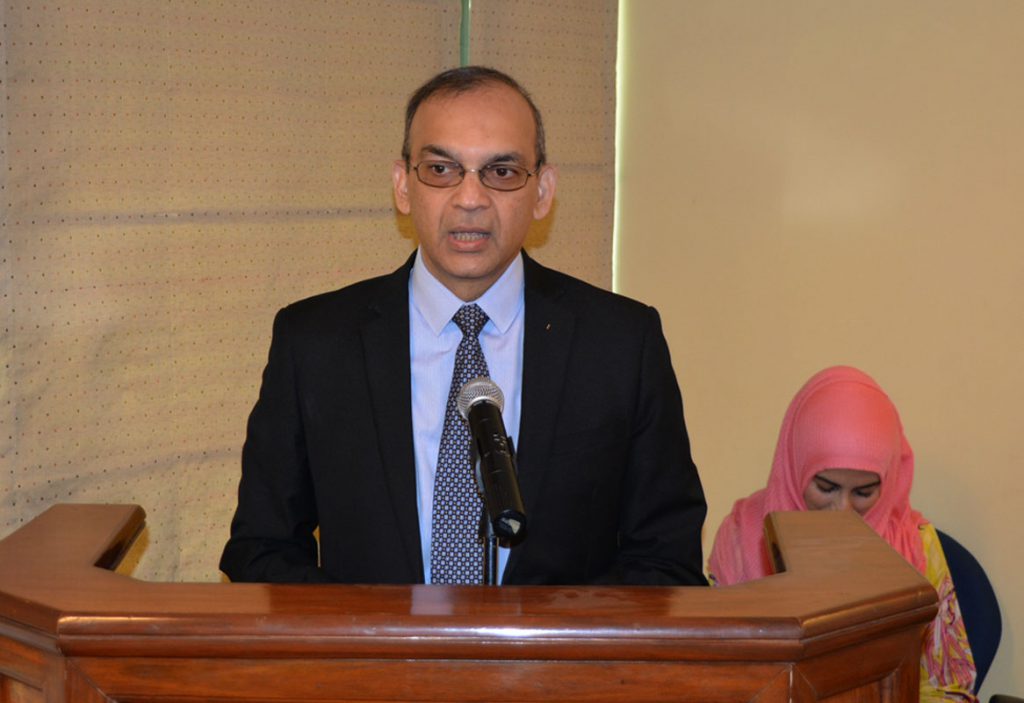 ernment of Pakistan, in his keynote address underscored that strategies are required to tackle urban air pollution that has increased the disease burden especially among children. He mentioned that the problem of smog in Pakistan is being curbed with the patronage of international partners like the World Bank. He suggested adopting measures such as trees plantation for reducing the effect of climate change.

In his talk, Prof. Dr. Gabriel Filippeli appreciated the interest of government and other stakeholders towards addressing the issue of climate change. Prof. Filippeli stated that air quality varies globally from continent to continent and so are associated challenges. He enumerated the negative effects of bad air from susceptibility to respiratory diseases to reduction in brain cognitive functions to reducing the life span of an individual. He elucidated the association of particle matter (PM) 2.5 and PM 10 with diseases of upper and lower respiratory tract. 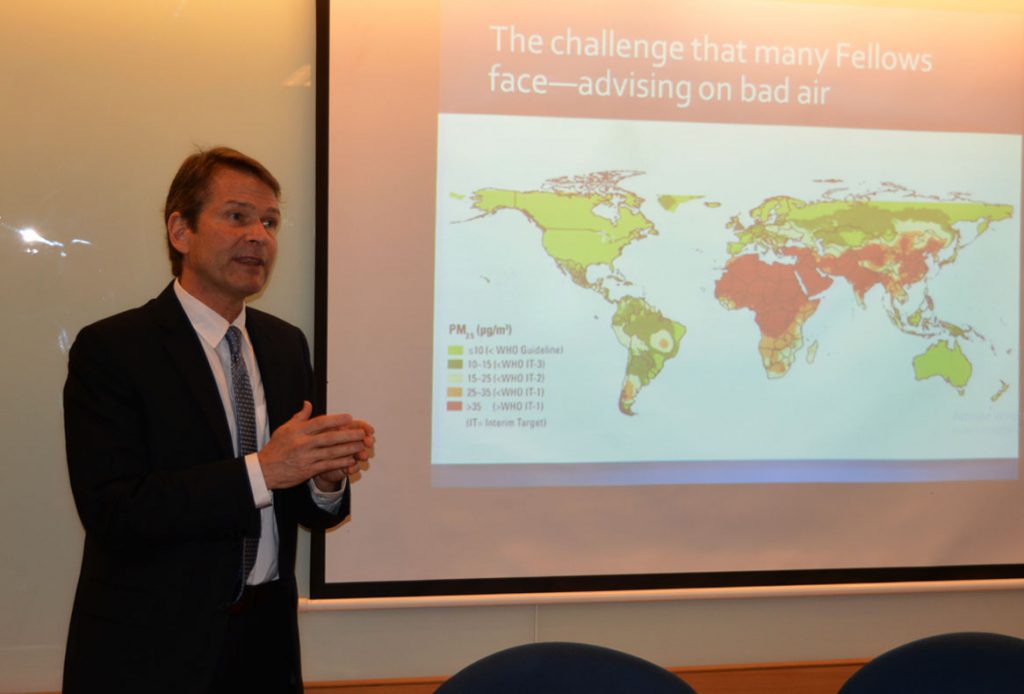 air despite the fact that source of the problem is known. He cited the example of China where significant measures were taken to avoid bad air during the Olympic Games. He considered adequate scientific knowledge and expert programmes mandatory for dealing with this issue along with funding.

The talk was followed by a discussion session moderated by Dr. Anjum Rasheed, Assistant Professor at Assistant Professor at Centre for Climate Research & Development (CCRD), COMSATS University Islamabad. During the session, a number of issues related to the theme were discussed, in addition to a few Q&As with Dr. Filippeli. In connection to the strategic and policy interventions that could be taken to remedy the situation of air pollution in Pakistan, Dr. Filippeli indicated the following important: Improvement in fuel standards with lesser sulfur content; phasing out malpractices resulting in poor air quality incrementally; and incorporation of RETs in the energy mix as a cleaner option that would ameliorate the environment greatly. He considered photovoltaic, and wind energy as viable options for Pakistan in this regard.

Director General Pak-EPA, Ms. Farzana Altaf Shah, indicated other aspects pertaining to causes, monitoring, and management of air pollution. She highlighted that in addition to what fuel is used, how it is used also determines how much air pollution it will cause. In order to incorporate better practices in the use of fuel and reduction of air pollution in the society, she proposed strong legislations that may include economic disincentives. 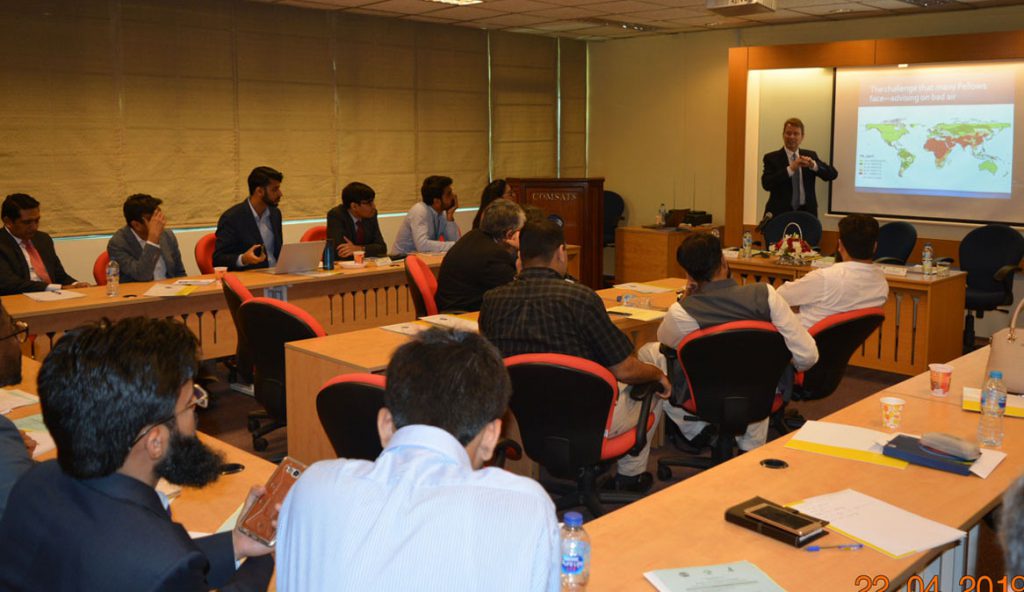 Based on recent research, Dr. Filippeli further highlighted the negative implications of pollution in the form of health hazards especially affecting Neural, cardiac, and hepatic health that tends to affect more the already under-privileged/low-income parts of the populace. He recommended government and civil society collaborations, whereby the data collected through cooperation may be made public for mutual trust. He believed that good real-time data on air-pollution would help in better decision making by public and government.

A point raised during the session was academia’s role in generation and management of data on air pollution. While Dr. Filippeli appreciated the idea of academia and government in this regard, he was of the opinion that data collection and management is primarily a task of government agencies.

Mr. Nadeem Akbar, Director of American Institute of Pakistan Studies (AIPS) closed the event with his remarks in which he recalled his institute’s efforts to bring on board experts like Dr. Filippeli, as well as thanked Pakistani organizations, including COMSATS, that hosted his lectures. 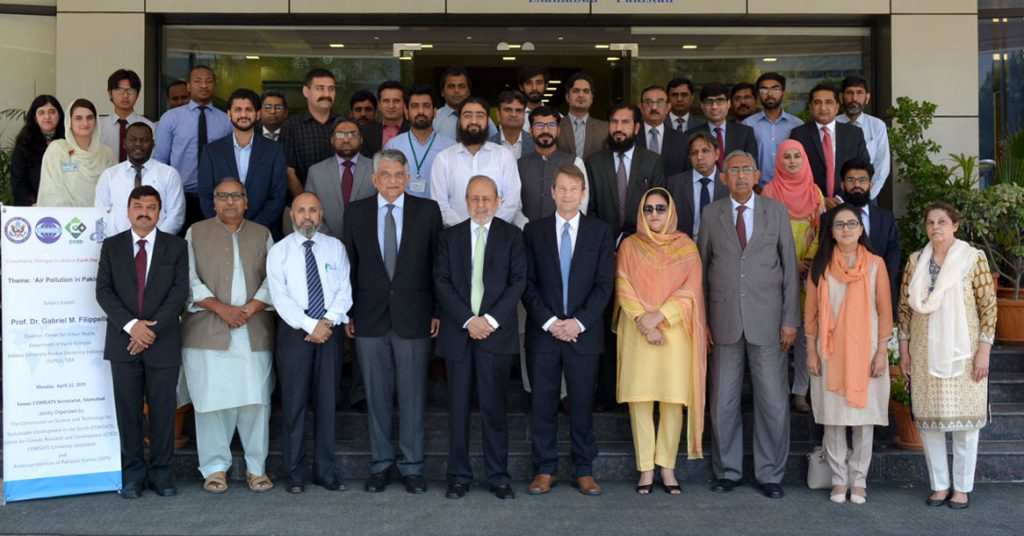 The special guests and the subject experts were handed over COMSATS souvenirs.