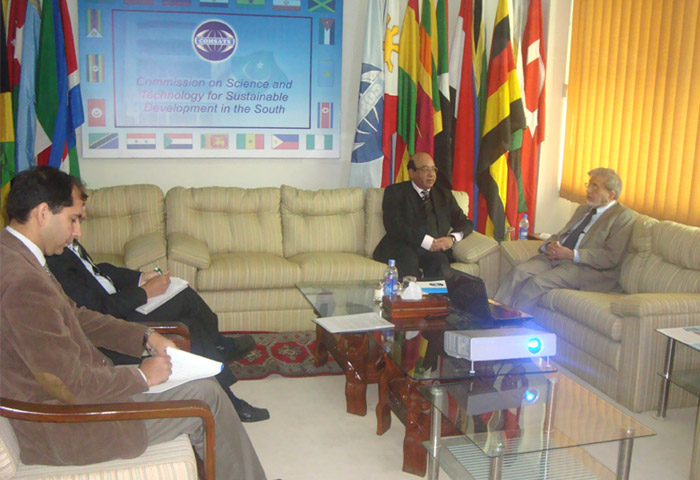 y Dr. Qureshi on COMSATS’ international role and on-going programmes and activities. The meeting was also attended by the Advisor (Programmes) and Deputy Director (Programmes) of COMSATS.

Welcoming the High Commission, the Executive Director noted that Mauritius is an important African country with a vast scope for scientific collaboration and exchange. During his presentation, Dr. Qureshi shed light on the philosophy/vision behind establishing a Commission at the level of Heads of the State/Government and its Network of International S&T Centres of Excellence. Introducing COMSATS as the proponent of science and technology for sustainable development, Dr. Qureshi informed the High Commissioner about its current leadership, geographic presence, various organizational bodies, thrust areas and cooperative mechanisms that provide the organization the necessary leverage to effectively pursue South-South collaboration among the Member States. The High Commissioner was also informed that COMSATS’ membership, comprising developing countries from three continents, is reflective of the fact that the common denominator bringing the Member States together is their desire to develop by building scientific and technological capacities. 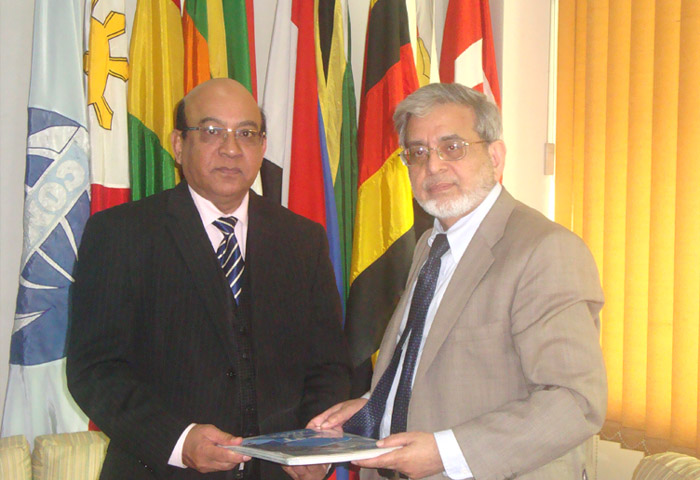 tres of Excellence for effectively benefitting from the cooperation being offered through the platform of COMSATS. In this connection, COMSATS’ Draft Accession Agreement and other relevant documents were handed over by the Executive Director to the High Commissioner, who appreciated the role being played by COMSATS and enormous efforts of Dr. Qureshi and his colleagues at COMSATS Secretariat to achieve its mission. Opining that no country can realize development in isolation and without international collaboration, H.E. Mr. Daureeawo pledged to forward the Membership documents along with his report supporting the case for the Republic of Mauritius membership to COMSATS to the relevant Ministry in his home country. He also indicated that the University of Technology, Mauritius (UTM) as the potential institution to become a part of COMSATS Network.

It was noted by the High Commissioner that Mauritius is eager to expand its S&T capacity and its Government intends to transform the country into regional hub for higher education. Mauritius enjoys the reputation of a peaceful democratic country with natural beauty and excellent climate. Dr. Qureshi noted that COMSATS Institute of Information Technology (CIIT), which is ranked as the No. 9 higher education institute in Pakistan, is one of the Centres of Excellence of COMSATS and possesses enormous potential to contribute in the field of Higher Education in Mauritius. Dr. Qureshi informed that on Mauritius becoming a Member State, Mauritian students can also benefit from the scholarships offered by CIIT for COMSATS.