Ministry of Science and Technology, Government of Pakistan, Reaffirms its Support to COMSATS

Home   /   Ministry of Science and Technology, Government of Pakistan, Reaffirms its Support to COMSATS

The Federal Minister for Science and Technology, Government of Pakistan, Mr. Zahid Hamid, visited COMSATS Secretariat,on July 16, 2013, for a briefing on the international programmes and activities of COMSATS. The Minister was accompanied by the Federal Secretary, Ministry of Science and Technology, Mr. Akhlaq Ahmad Tarar, who is the incumbent Chairperson of COMSATS Consultative Committee. Also present on the occasion were other senior officials of COMSATS Secretariat.

Welcoming the esteemed guests, the Executive Director COMSATS made a pre 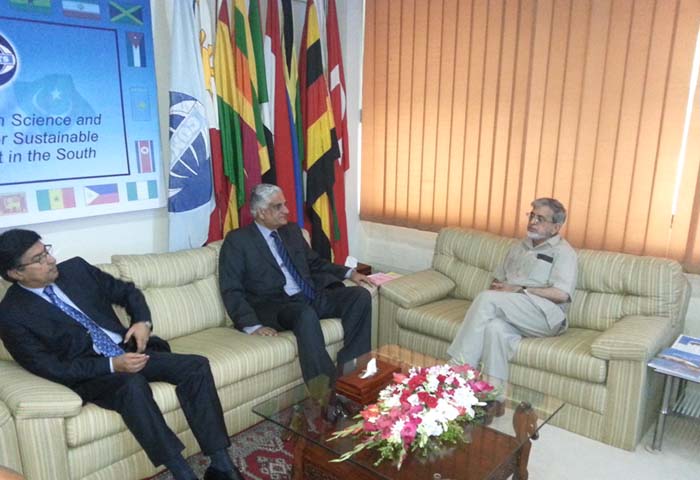 sentation on COMSATS’ international programmes and flagship projects in the host country Pakistan, COMSATS Institute of Information Technology, and COMSATS Internet Services. He introduced COMSATS as an inter-governmental organization of 21 developing countries having a Network of 18 S&T Centres of Excellence, spread across four continents. COMSATS Secretariat, it was further noted, manages COMSATS’programmes and activities with guidance from its statutory bodies, the Commission, a Coordinating Council, and a Consultative Committee. The organization is currently facilitating joint research among clusters of scientific institutions in member countries through its International Thematic Research Groups (ITRGs). The objective of scientific cooperation for development is further achieved through collaboration with international development organization, the most notable among which are UNESCO and ISESCO. The Minister was also informed about COMSATS’ efforts for creating synergies with other important scientific organizations of the South and the North, including TWAS, AS-ICTP and CERN.

Appreciating his personal interest in the state of national S&T affairs and COMSATS’ contribution towards the promotion of S&T in Pakistan, Dr. Qureshi informed the Minister about COMSATS’participation for preparing Pakistan’s Science, Technology and Innovation Policy (2012). He urged the Minister to declare enhancement of GERD to 1% of GDP as a political commitment to S&T sector for bringing Pakistan at par with other countries of the region. Discussing the financial affairs of COMSATS, the Executive Director sought the Minister’ssupport to enhance Government of Pakistan’s annual grant to COMSATS to suitably fulfill its international obligations and smoothly undertake its national and international activities. Support of the Ministry was also solicited for establishing COMSATS’ Endowment Fund in accordance with the commitment by the Prime Minister of Pakistan made during the 2nd COMSATS’ Commission Meeting (April 2012). 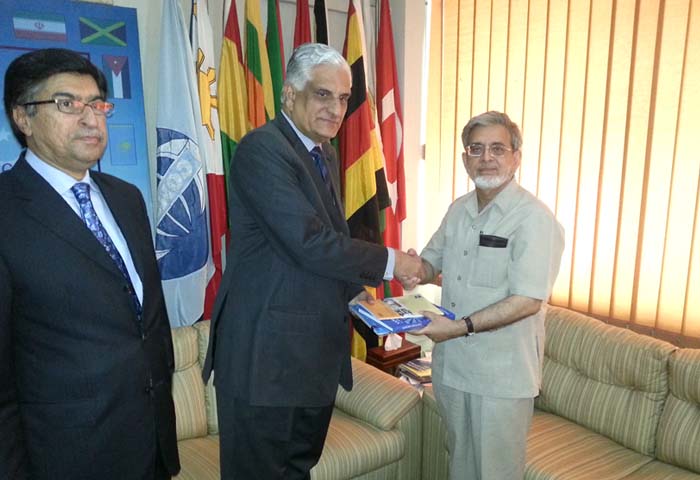 development in the South. He lauded COMSATS’ joint research initiative through its ITRGs, particularly the one working on Medicinal Plants and suggested to commercialize the useful products that may be developed as a result of the group’s research. The Minister noted with pleasure the efforts of COMSATS Internet Services for education and health sectors, itstele-health initiativein particular. He showed willingness to support the expansion of CIS’ tele-health operations to far flung areas of the country.

It was further suggested that COMSATS should help the Ministry in devising an S&T Strategy for the Government of Pakistan based on national Science, Technology and Innovation Policy-2012. The Minister emphasized his Ministry’s desire for enhancing research on fuel cell technology. In this respect, the Federal Secretary advised COMSATS to prepare a project proposal for submission to MoST for its consideration.

The meeting concluded on a note of satisfaction on the mutual cooperation and support between COMSATS and the Ministry of Science and Technology. The Minister was also presented a set of COMSATS’ publications. 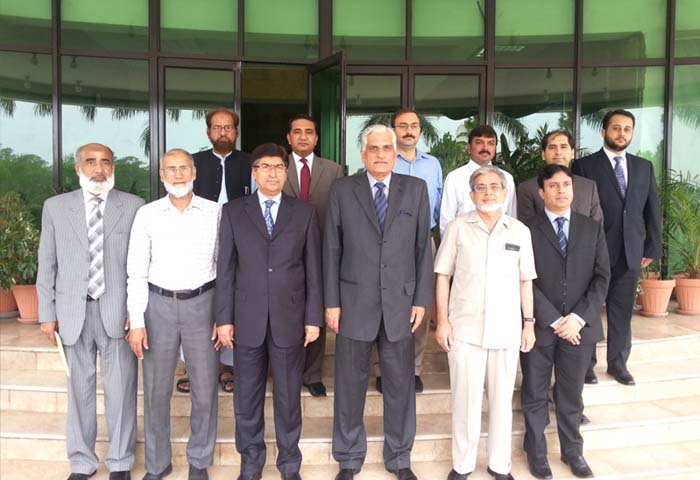