COMSATS-ISESCO Workshop on Repair and Maintenance of Scientific, Engineering Equipment Inaugurated in Khartoum

The five-day national workshop on “Repair and Maintenance of Scientific, Engineering Equipment in Universities, Research Institutions and Small Scale Industries” has commenced on August 18, 2013, in the capital city of Sudan. The workshop is being organized by Commission on Science and Technology for Sustainable Development in the South (COMSATS) and Islamic Educational, Scientific and Cultural Organization (ISESCO). COMSATS’ Centre of Excellence in Sudan, the Industrial Research and Consultancy Centre (IRCC) is hosting the event at its premises. The event is sixth of the series of workshops started in Sudan in 2004 that was followed by similar national events in other developing countries,namely Syria, Senegal, Egypt and Tunisia. The main objective of these workshops is to develop indigenous capacities of the local scientists and institutionsin the developing countries for repair and maintenance of their scientific equipment to ensure uninterrupted R&D activities.

Prof. Ahmed El Tayeb, Chairman Board of Directors of IRCC, graced the inaug 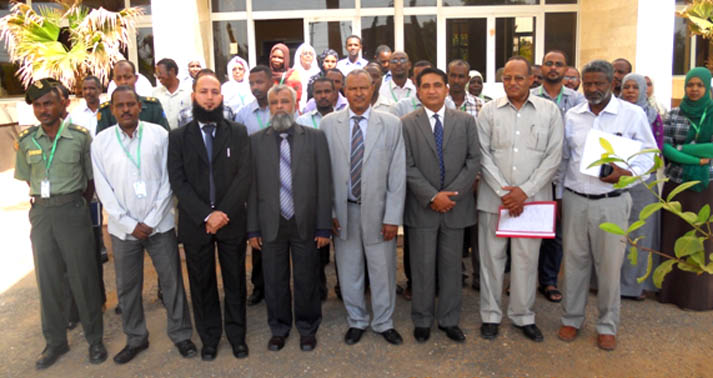 Speaking on the occasion, the Chief Guest, Prof. El Tayeb, commended both ISESCO and COMSATS for organizing the much needed national workshop in Sudan and hoped that it would cater to information-exchange among scientists, researchers, technicians, service engineers, and industrialists for enhancing their relevant scientific capacities. In his welcome address earlier, Dr. Elbadawi highlighted the importance of the workshop for Sudanese scientists and technicians for keeping the scientific equipment and instruments operational, and appreciated the efforts made and patronage provided by COMSATS and ISESCO for holding the workshop in Khartoum. In his message, read out by Mr. Nisar Ahmad, Dr. Imtinan Elahi Qureshi, the Executive Director COMSATS, underscored the importance of COMSATS-ISESCO collaboration on the theme and informed that these trainings had in the past successfully trained more than 200 scientists, engineers, technicians and academics.

During the 10 technical sessions of the workshop spread over five days, the participants will be given seminarson troubleshooting and repairing Spectrophotometer Systems; Flame Photometer Systems; Dialysis Systems; Patient Monitors; Gas Chromatographic Systems; HPLC Systems; Spectrum Analyzers; and Electron Microscopes. These sessions comprising lectures will be complemented by hands-on training in the labs of IRCC; Central Laboratory, Soba; and Military Hospital, Omdurman.

The workshop is hoped to encourage and promote self-reliance among Sudanese scientists and institutions for repairing and maintaining their scientific equipment and help them save time, effort and finances involved in outsourcing the task. The workshop will conclude on August 22, 2013, after training more than thirty participants as Master Trainers.