On invitation from the Government of Pakistan to join its delegation for the 37th General Conference of UNESCO, the Executive Director COMSATS, Dr. I. E. Qureshi, visited UNESCO Headquarters in Paris on November 17-22, 2013. Apart from attending the joint meetings of UNESCO’s Commissions held on 18th and 19th November, he participated in the symposium on ‘Integrated Approaches to Science and Engineering for Sustainable Development’, organized jointly by the United Nations University (UNU) and the International Council for Science (ICSU). The symposium was inaugurated by the UNESCO Director General, Ms. Irina Bokova, who was earlier elected by the General Conference for the second term of four years on 12th November 2013. The two main themes of the symposium were related to ‘Sustainability Science’ teaching and ‘Future Earth’ initiative, which are being actively promoted by the UNU and ICSU, respectively. Both of these programmes seek to engage not only experts from different disciplines of natural sciences but also the social scientists, economists and civil society members to provide solutions for the sustainability of environmental and social eco-systems.

During his visit to Paris, Dr. Qureshi also held bilateral meetings with the senior o 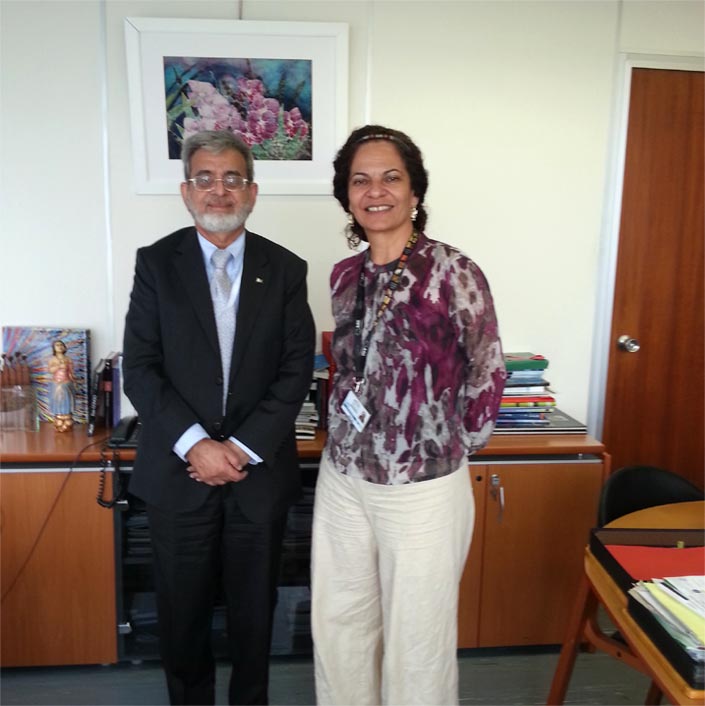 fficials of UNESCO to strengthen UNESCO-COMSATS partnership. The meeting with Ms. Lidia Brito, Director of the Division of Science Policy and Capacity-Building, was aimed at exploring the possibility of her joining the COMSATS’ panel of experts on Science, Technology and Innovation (ST&I) Policies. The proposal for such a panel was approved in the 16th Coordinating Council meeting of COMSATS (Ghana 2013). Dr. Qureshi briefed her about the current programmes of COMSATS and its future initiatives, such as seminars and symposia on cutting-edge technologies; post-graduate scholarships for students from member countries; hands-on workshops on Internet security and repair and maintenance of scientific equipment; International Thematic Research Groups, distinguished professorship scheme; and panel of experts on ST&I Policies for advice to Member States. Ms. Brito was kind enough to consider the offer of panel membership favourably and expressed her desire to further discuss the membership’s practical implications.

The meeting with Mr. Stoyan Bantchev, Chief of Participation Programme section at UNESCO, was focused on the funding status of approved project for 2012-13 submitted last year by COMSATS through Pakistan National Commission for UNESCO (PNCU). In view of the unresolved administrative issues with PNCU in this regard, it was learnt that the release of funds would not be possible this year. After due consideration of the position of COMSATS, it was agreed that COMSATS would resubmit its project with the same scope and beneficiary countries for funding during 2014-15. In view of the fact that the project was evaluated and approved during the biennium 2012-13, its chances for re-approval are considerably high.

Mr. Bantchev was also briefed on COMSATS’ activities during the last few months. He appreciated the efforts being made by COMSATS in strengthening S&T capacity in its Member States and assured UNESCO’s support in accordance with its programmes and priorities. He also appreciated the personal commitment of the Executive Director COMSATS to make the work of this organization more widely recognized. The meeting ended with a note of mutual good wishes for the laudable work of COMSATS and UNESCO within their respective areas of competence and scopes of activities.

Another bilateral meeting of considerable significance was held on November 19, 2013, between the Executive Director COMSATS and the UNESCO’s Assistant Secretary General for Natural Sciences, Prof. Gretchen Kalonji. A wide spectrum of topics was discussed with a view to find a common approach for cooperation between the two organizations. Recalling the history of COMSATS’ creation in 1994 at the behest of the Pakistani Nobel Laureate, Prof. Abdus Salam, Dr. Qureshi recounted the successful operations of COMSATS over a period of eighteen years, in pursuit of its primary mission of South-South cooperation in different fields of S&T that are directly relevant to socio-economic development. He emphasized that, in spite of its limited budget and small membership, the organization has several unique features, such as a vibrant network of eighteen Centres of Excellence in four continents; its own Internet service provider subsidiary; and an attached higher education institution, the COMSATS Institute of Information Technology (CIIT), having degree awarding status. CIIT, offering 86 degree programmes, with its more than 2,295 faculty members is a rich resource of manpower well-equipped for advancing COMSATS’ objectives. The impact of COMSATS’ new initiative to establish multi-national research groups was highlighted, along with the highly acclaimed serial workshops on repair and maintenance of scientific equipment in the universities and R&D organizations of developing countries. Prof. Kalonji appreciated the commendable work of COMSATS, which she believed is in line with the programmes of UNESCO and its affiliated centres. It was agreed that the modalities of organizational relations between COMSATS and UNESCO will be further explored with the aim to sign a Memorandum of Understanding to this effect, if approved by relevant competent authorities of the two organizations. 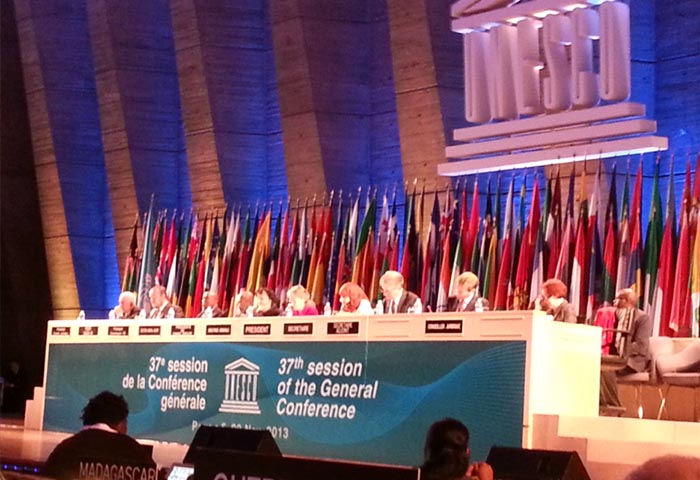