The 11th International Conference on Frontiers of Information Technology (FIT) was organized by COMSATS Institute of Information Technology (CIIT) in Islamabad, Pakistan, on December 16 – 18, 2013, in continuation of the consecutive series of meetings held in Islamabad during the last 10 years. The Conference was technically supported by IEEE Islamabad Chapter, IEEE Industrial Electronics Society, and IEEE Computer Society Technical Committee on Scalable Computing. Among other sponsors of the event were the Higher Education Commission of Pakistan, National Testing Service and the National ICT R&D Fund of Pakistan. Renowned scholars and researchers from different countries, including Australia, Austria, China, Estonia, Kuwait, Pakistan, UK, and USA, attended the event.

The FIT traditionally aims to instill research interest among young researchers by introducing them to ever-changing horizons of information technology. This year “Big Data” was the theme of the Conference. The main objective of this Conference was to provide a platform for engineers, academicians, scientists, industry members and researchers from around the world to present the results of their research activities in different fields of Information Technology. 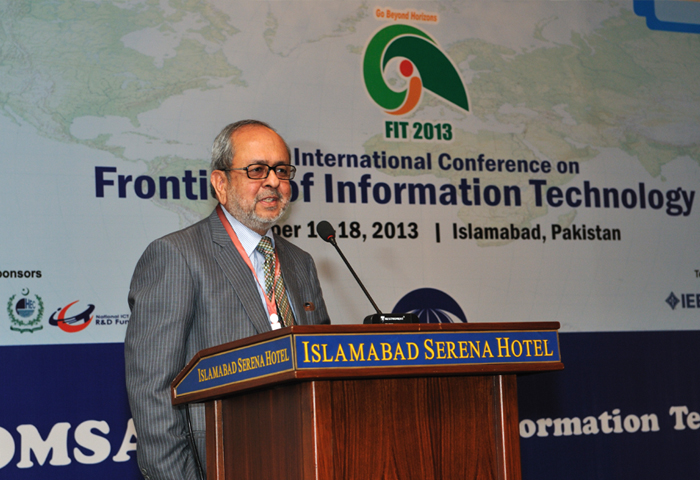 Information Technology, on December 16, 2013, in Islamabad. In his inaugural address, the Rector stated that FIT conferences have come a long way in the last 10 years and have attracted attention of a number of IT experts from around the globe. He informed that in 2002, when CIIT launched this series of Conferences, the institute could not find a single Computer Science PhD in Pakistan to recruit and there were hardly any students of the subject. The situation, he noted, changed later to the extent that now CIIT alone has 8,500 students in Information Technology and Information Systems. The technical proceedings of the conference started with a keynote address by Professor Dr. Elisa Bertino from Purdue University, USA, entitled ‘Challenges and Opportunities with Big Data’. Under scoring the importance of Big Data, Dr. Bertino attributed recent advancements in biomedicine, national security, climate change, computational social science, and the environment to availability of huge scientific datasets from sensors, satellites, social networks, and new analytical protocols.

More than 200 research papers were submitted for inclusion in FIT-2013, out of which 53 were selected for oral presentations, after a thorough and blind review process yielding an acceptance rate of 28.50 %. The twenty-eight technical sessions of the event were chaired by renowned academicians. Thirty-three invited talks were delivered on the latest trends in areas of computer science and electrical engineering. Moreover, three tutorials, five PhD symposia, and three workshops were conducted.

During the technical talks and presentations, importance of IT in education was highlighted and important aspects of critical and innovative thinking was stressed. It was suggested that curricula on all levels of education should be reformed for students aspiring to take up IT professions, so that they are able to meet the needs of the global as well as the local markets. Role of alternative media was also highlighted in empowering and educating a large segment of the population of the developing countries without a huge expense of time or money. Experts also deliberated upon new technologies like cloud computing and their application in academia. The need for sensitizing people on public sharing of data was also stressed.

Dr. Malcolm Woodfield from SAP Labs, USA, who has been participating and presenting papers in all the FIT Conferences, lauded the efforts of the organizers and noted with appreciation the improving quality and number of research papers presented during FIT conferences over the years.

Launched during FIT-2012, the Best IT Innovation Award (BITA) of CIIT recognizes a 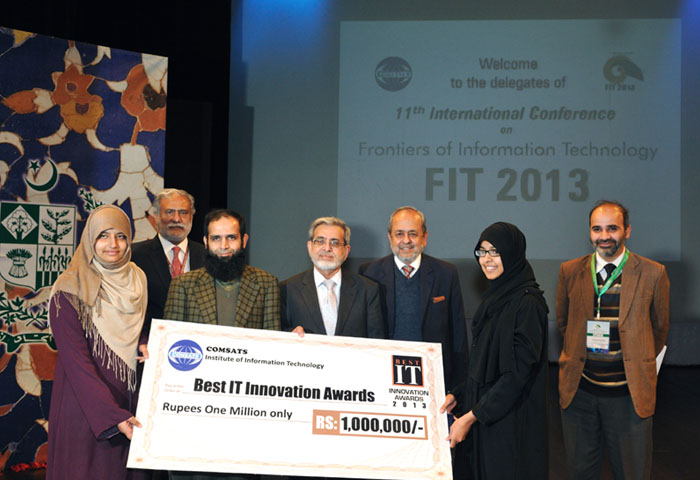 nd encourages creativity in the field of IT. Out of numerous project proposals received for consideration, the proposal from the Institute of Space Technology, Islamabad, was announced the winner of BITA 2013. The project proposal titled “Fetal Anomaly Detection” won the prize money of PKR 1 Million.

A Student Project Exhibition was arranged on the sidelines of the Conference, showcasing around 40 under-graduate projects from several campuses of CIIT and Pakistan Institute of Engineering and Applied Sciences (PIEAS), out of which four winning projects were selected. Students from CIIT Lahore secured the first and second prizes for their projects, while CIIT Attock and CIIT Islamabad secured the third and fourth places, respectively.

The Conference ended with a Panel Discussion Session. The distinguished panelists from industry and academia, both from Pakistan and abroad, deliberated on “Revolutionizing Society with Big Data”. The panelists agreed that there is a need to make small-scale initiatives and build on them gradually to have an understanding of the science of Big Data. They were of the opinion that there is a need to produce Data Scientists with the right skills and training in computer programming and theoretical sciences. A consensus emerged during the session that universities in Pakistan need to play their due role to enhance the students’ capacities for research and their employability in the competitive global markets. It was observed that students’ analytical skills need to be given solid foundations of mathematics, statistics, algorithm design, and machine learning. The panelists also called for expanding the capability of the existing IT infrastructure in Pakistan, as opposed to mere increase in number of software houses.

The Conference was concluded with a brief ceremony. In his closing remarks, Rector CIIT summarized the proceeding of FIT-2013 and thanked IEEE, HEC, NTS and the National ICT R&D Fund for sponsoring the event. Congratulating the awardees of BITA 2013, he urged the private sector to encourage innovation by means of awards like the BITA. The foreign participants were also requested to support Pakistani students, who, according to Dr. Zaidi, have the capabilities to beat top students of the world if given a fair chance. He encouraged the students of Computer Science to work hard towards changing the destiny of their country and requested the Government of Pakistan to create IT Hubs where programmers can work in clusters to earn revenue for the country. Finally, Dr. Zaidi announced that FIT-2014 will be held in Islamabad on December 17 to 19, 2014 and urged students to prepare and come forward with better research work for presentation in the next FIT Conference. 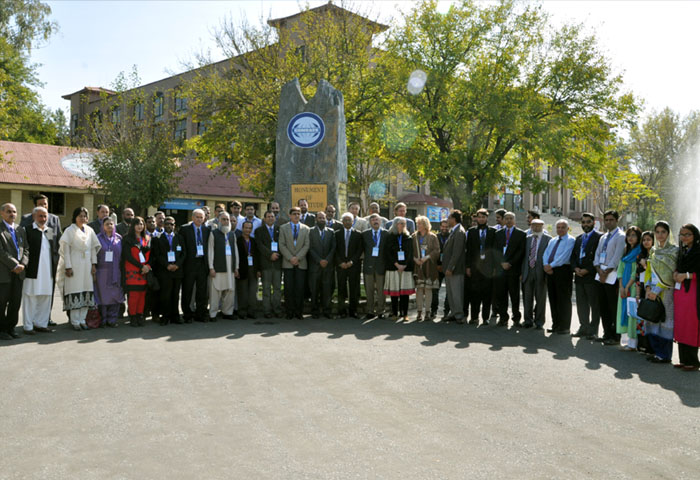