The Commission on Science and Technology for Sustainable Development in So 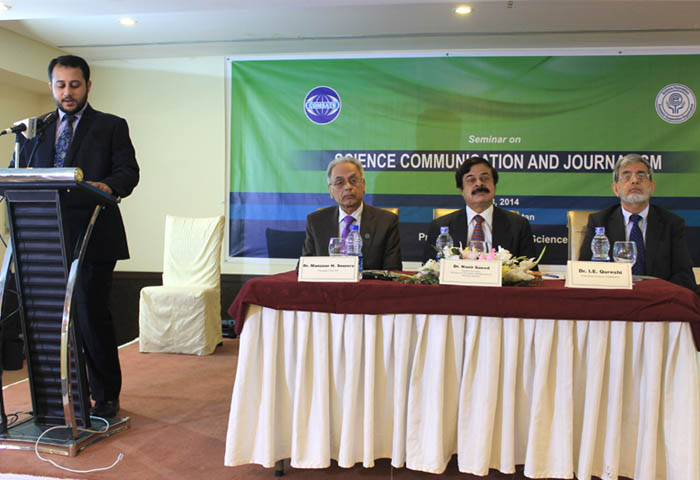 uth (COMSATS) in partnership with the ECO Science Foundation (ECOSF) organized a one-day Seminar on ‘Science Communication and Journalism’, on April 8, 2014 in Islamabad, Pakistan. The Federal Secretary, Ministry of Information, Broadcasting and National Heritage, Government of Pakistan, Dr. Nazir Saeed presided over the inaugural ceremony of the Seminar, which had participation of over 70 media representatives, scientists, faculty members of media sciences, university students, web-based forums, and officials of COMSATS Headquarters and ECO Science Foundation.

Speaking at the inauguration, Dr. Saeed urged the Pakistani national media to devote at least five per cent of their media space to project science and technology research and advancements to create a culture of science in the country. He opined that national media can play an important role in building scientific culture among the masses by sensitizing them about the scientific and technological advancements and their impact on the life of a common man. He pledged his Ministry’s support to any initiatives proposed in this regard. 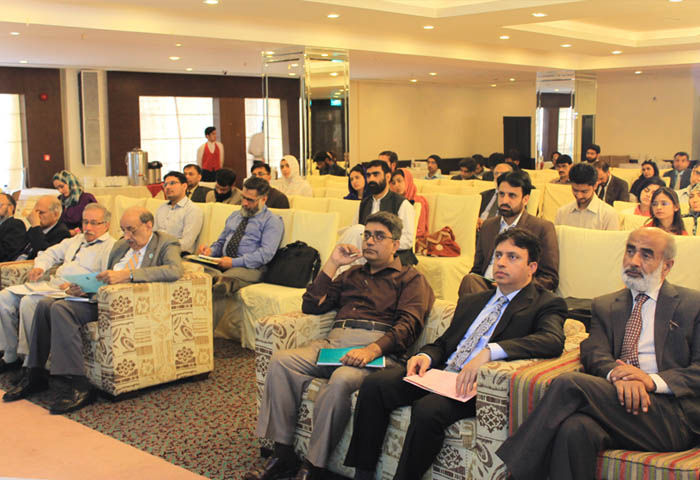 ent ECOSF, Dr. Manzoor Hussain Soomro, highlighted the importance of the theme of the event in their addresses during the ceremony. Sharing the scope and modus operandi of his organization for promoting science for sustainable development, Dr. Qureshi informed that COMSATS has been engaged in various activities of fundamental importance to the working scientists, including repair and maintenance of scientific equipment at laboratory facilities of educational and research organizations. The work of scientific institutions, he believed, mostly remains under-reported, which is discouraging for the scientific organizations based in Pakistan. Noting the inadequate coverage of science related activities in the local media, he stressed creating triangular relationship between the scientists, journalists and public for effectively communicating the benefits of science and technology to society. On similar lines, Dr. Soomro considered the seminar an important initiative for starting a campaign in the subject area, which has been overlooked for a long time. He called for institutional arrangements involving relevant stakeholders, especially scientific and academic organizations in Pakistan, in order to encourage science journalism in the country. He further noted that there is a silver lining to the situation due to sporadic efforts of some individuals. He urged Dr. Saeed for the Government’s support to such initiatives and their follow-ups.

The seminar also included speakers from Italy, and USA via Skype. Speaking 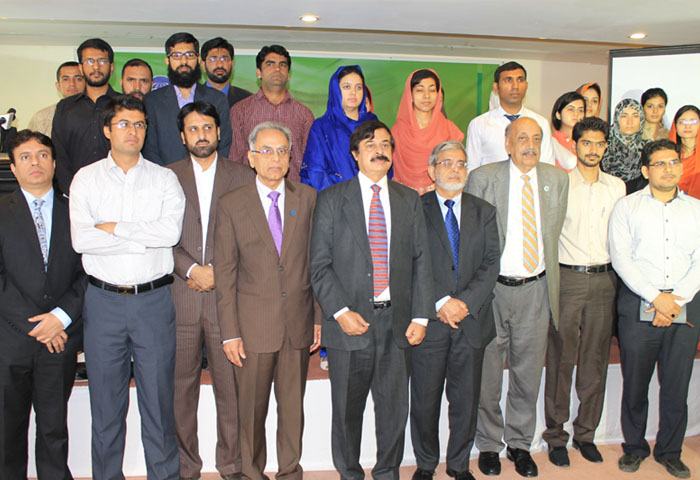 from Italy, Mr. Edward W. Lempinen, Public Information Officer at The World Academy of Sciences (TWAS), talked about science policy, diplomacy and education in the developing world, and acknowledged the invaluable contributions of the eminent Pakistani scientist and Nobel Laureate, Dr. Abdus Salam towards the uplift of science in the developing world. Ms. Joanne Manaster, Faculty Lecturer, University of Illinois at Urbana-Champaign, USA, highlighted the multi-faceted role of social media in driving change in modern-day science. Ms. Shireen Gul, Copy-editor of a student newspaper, TechNews of the Illinois Institute of Technology (IIT), USA, made a presentation on ‘Science Journalism for Social Media’.

The event concluded with a roundtable discussion on a high note of appreciation from the speakers and the participants. Dr. Anwar Nasim, Secretary General, Pakistan Academy of Sciences, made a candid analysis of the situation of the Science Journalism in Pakistan and called for a thrust to sensitize media houses to project science and scientists. Moderated by the Executive Director COMSATS, the discussions made by the speakers and participants called for: unrelenting follow-ups on the recommendations of the seminar; necessary training for scientists to write in terms comprehensible by the public at large; greater involvement of academia at all levels in developing a scientific culture through journalism; and collaboration among scientists and journalists to furnish write-ups with authentic and accurate yet simplified and relatable scientific information for the masses.

An important pledge made during the discussion related to the formulation of a Science Journalist Association of Pakistan, the participants pledged to immediately initiate work to make such an institutional arrangement possible, and COMSATS agreed to provide patronage to the online presence of such a forum, directed towards building capacities of Science writers, reporters and journalists. 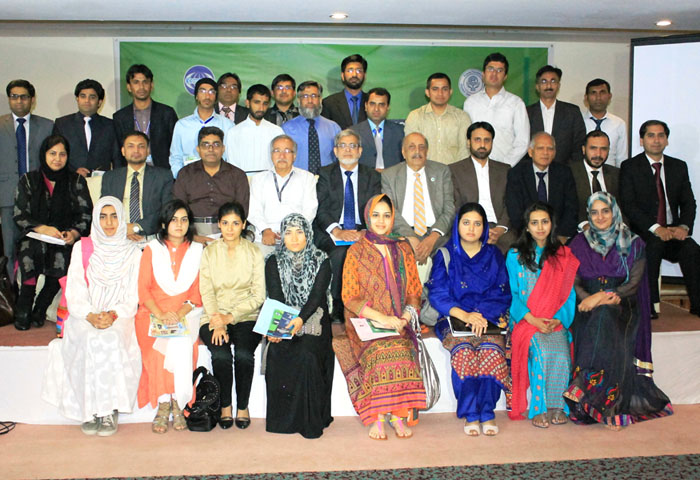