On April 30, 2014, the Executive Director of The World Academy of Sciences (TWAS), Dr. Romain Murenzi, visited COMSATS Headquarters, Islamabad, and discussed avenues of strengthening cooperation b 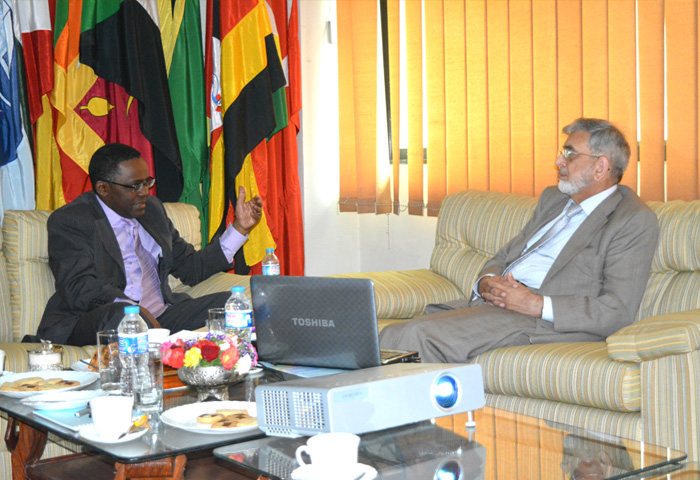 etween COMSATS and TWAS. Dr. Murenzi was on his visit to Pakistan to participate in the IYCr2014 South Asia Summit Meeting on ‘Vistas in Structural Chemistry’ (28-30 April 2014) organized by one of the COMSATS’ Centre of Excellence in Pakistan, the International Center for Chemical and Biological Sciences (ICCBS), Karachi, where he also delivered a lecture entitled ‘Building Strength in Science: The Role of Education and Regional Cooperation’. Before his visit to COMSATS Headquarters, Dr. Murenzi held meetings in the Ministry of Science and Technology, Government of Pakistan; National Centre for Physics (NCP), COMSATS Institute for Information Technology (CIIT), Pakistan Academy of Sciences and Higher Education Commission of Pakistan in Islamabad. Dr. Murenzi’s meeting at COMSATS Secretariat was also attended by other senior officials of COMSATS, including Advisor (Programmes), Mr. Tajammul Hussain; Advisor (Host Country Affairs), Mr. Sabih-ur-Rahman; and Deputy Director (Programmes), Mr. Irfan Hayee.

Welcoming Dr. Murenzi, Dr. Qureshi introduced him to the technical team of COMSATS. He gave a multimedia presentation to elaborate COMSATS’ scope, mandate, role and functions as an IGO operating from Islamabad. He highlighted the similarities in the operations of the two organizations having the same founding father, Dr. Abdus Salam, and considered their programmes and activities complementary in some respects. Dr. Qureshi explained that COMSATS takes pride in its Network of 18 International S&T Centres of Excellence, which has a spectrum of mono-disciplinary and multi-disciplinary S&T institutions. He noted that the Coordinating Council of COMSATS comprising the Heads of these Centres serves as an effective platform for South-South Cooperation, facilitating scientific exchange and collaboration among the participating institutions belonging to different developing countries. Apart from its working relations with TWAS, COMSATS’ international collaborations with organizations like ISESCO and UNESCO were highlighted. Dr. Qureshi also acquainted Dr. Murenzi with the functions of other statutory bodies of COMSATS, the Consultative Committee and Technical Advisory Committee, the membership of the latter, he noted, is granted on recommendation of TWAS.

The performance and growth of COMSATS’ flagship projects, CIIT and C 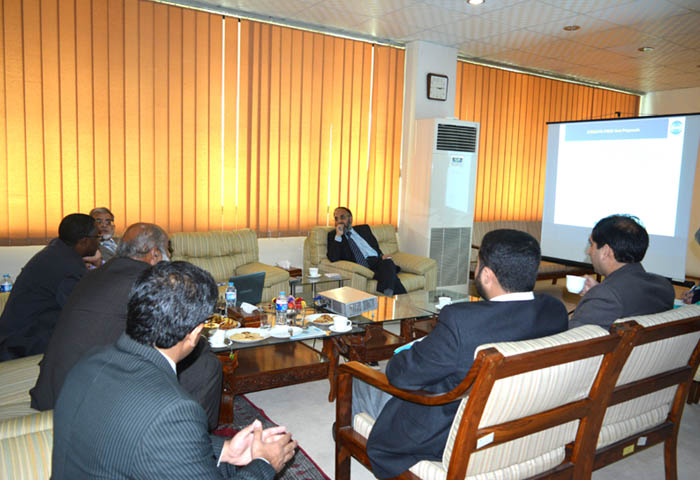 OMSATS Internet Services, was also brought to Dr. Murenzi’s notice. He was informed that COMSATS’ publications are the organization’s important means for outreach and information sharing. Among these, a special mention was made of COMSATS-TWAS publication series, ‘Excellence in Science’, covering the profiles of scientific institutions in the developing world.

Speaking on the occasion, Dr. Murenzi opined that long-term developmental benefits of science are dependent upon, low-cost scientific solutions to improve the living standards in the developing countries. Dr. Murenzi believed that there is a need to reach out to the politicians and government officials of the developing countries to sensitize them about the importance of science for development. He considered the monetary contributions of the member countries vital for the effective operations of organizations like COMSATS and TWAS.

Calling science advocacy an ongoing process, Dr. Murenzi was of the opinion that governments’ patronage and commitment is crucial for the success of science-related initiatives. In this regard, he considered COMSATS’ role to be very important. He further informed that the Swedish International Development Agency has agreed to allocate an amount of US$ 50,000 for Science Diplomacy related activities of TWAS. 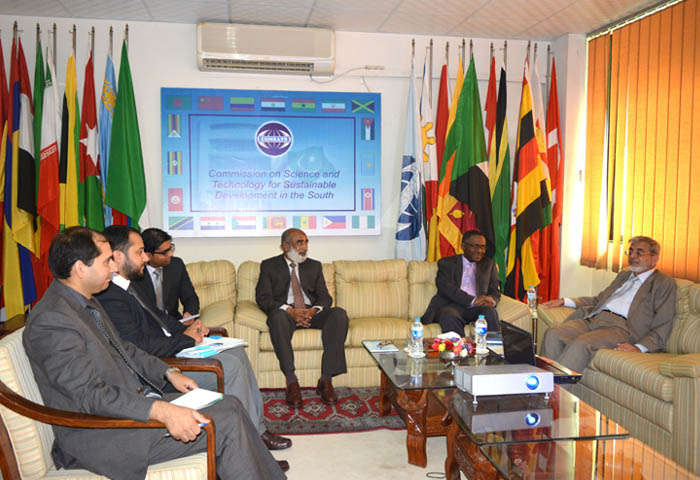 As member institutions of an organization working for sustainable development through S&T, all Centres of Excellence of COMSATS should adopt the concept of ‘Sustainability’ as their hallmark, suggested Dr. Murenzi. He considered the emergence of the Pakistani scientific institutions visited by him earlier, CIIT, NCP and ICCBS, an encouraging sign for science in the developing world. He underscored the importance of networking with scientific institutions and organizations across the globe, for which he noted the efforts being made by TWAS.

The two Executive Directors also exchanged views on future prospects of cooperation between their organizations. Dr. Qureshi opined that COMSATS should be invited to TWAS’ international meetings as observer and COMSATS’ officials may be invited to participate in the trainings and conferences organized by TWAS. Other matters of mutual interest discussed on the occasion included cooperation under TWAS’ Science Diplomacy programme and possibilities of creating COMSATS-TWAS fellowship, as well as TWAS’ support for COMSATS’ International Thematic Research Groups. 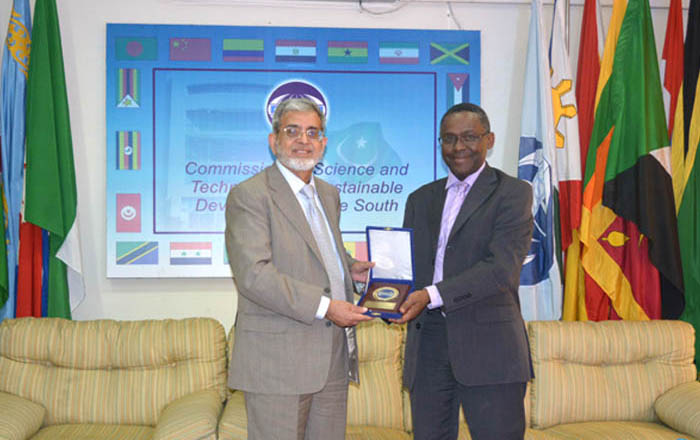