A reference was held at COMSATS Institute of Information Technology (CIIT) on June 27, 2014, in memory of the distinguished Pakistani Physicist, Prof. Kamaluddin Ahmed who passed away in USA on June 11, 2014 due to chronic illness. The function was attended by senior physicists, members of the scientific community, senior officials of CIIT and close associates, colleagues and students of late Prof. Kamaluddin to pay their respects and pray for the departed soul. 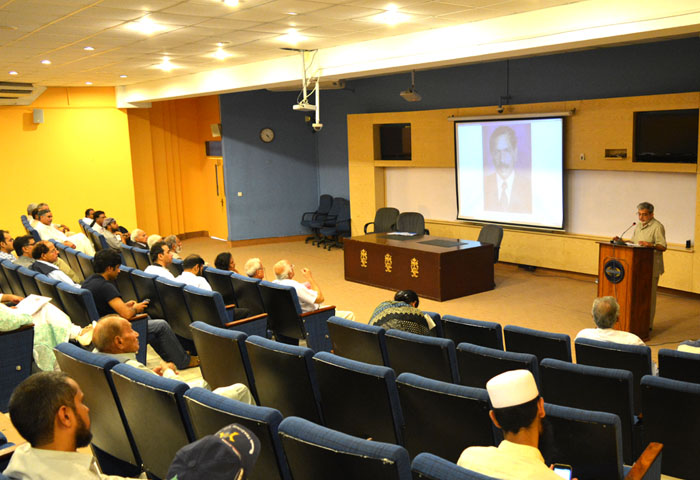 hi Qureshi paid rich tributes to Prof. Kamaluddin for his brilliant career as a teacher and researcher spanning over 50 years. His passion for teaching as well as learning different topics in advanced physics was extraordinary. He enjoyed his teaching and heartily cared for his students. In fact the students he taught and guided as M.Phil and Ph.D supervisor remained a pivotal part of his life. For research, his preferred mode was collaboration with his university colleagues. Consequently, apart from his core field of Particle Physics, he co-authored a number of papers in condensed matter and plasma physics. His eagerness to learn new topics was evident from his indulgence in studying Quantum Teleportation and Quantum Computing when he had already retired from service at Quaid-i-Azam University.

Born in Delhi in 1939, Prof. Kamaluddin Ahmed did his Ph.D from London University in 1966 and served many national organizations at senior positions. He joined Pakistan Atomic Energy Commission (PAEC) in 1962, and remained associated with Pakistan Institute of Nuclear Science & Technology (PINSTECH) till 1967. Later, he joined Quaid-i-Azam University in December 1967 as Associate Professor and retired from the same institute as Meritorious Professor in April 1999. He was a Senior Research Associate at the Abdus Salam International Centre for Theoretical Physics (AS-ICTP), Italy, from 1991 to 1996. Prof. Kamaluddin rendered services as Director General Hamdard University Islamabad Campus from 2000 to 2001, and also served as executive and academic head of Islamabad and Karachi Campuses of the University. Prof. Kamaluddin was associated with COMSATS Institute of Information Technology as Advisor in Physics Department from 2002 to 2013 where his services will also be remembered as the pioneer of Physics Research at the Institute. 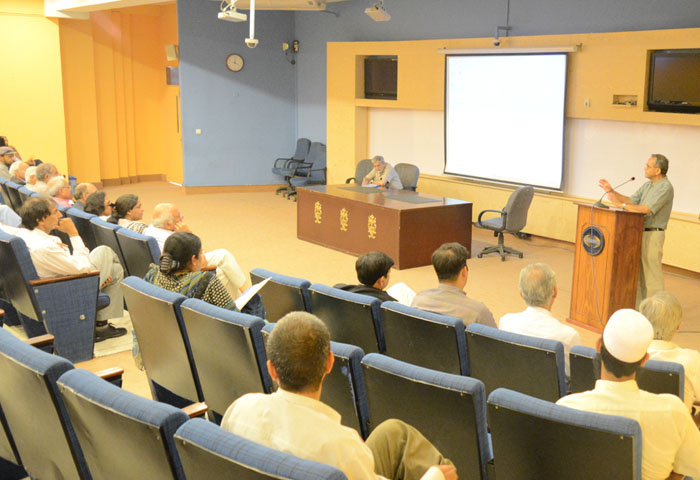 s a key contributor in founding the Department of Physics at CIIT and his legacy will be remembered for a long time. Dr. G. Murtaza recounted the story of Prof. Kamaluddin since his student days in the Department of Mathematics, Punjab University, where Dr. Riazuddin was an Associate Professor. Kamaluddin was one of the students that followed Dr. Riazuddin and did Ph.D in Particle Physics from Imperial College, London. He said that Prof. Kamaluddin was among the few Pakistanis ever to have done research at the Russian Nuclear Facility, Joint Institute for Nuclear Research (JINR), later spending a year in Germany as Humboldt Fellow (1974-75). He noted that Prof. Kamal participated in the academic programmes at Quaid-i-Azam University most actively and contributed significantly towards the establishment of National Centre for Physics (NCP), Islamabad. He pointed out that Kamaluddin was a member of an elite family of Delhi. His father Mr. Alauddin Ahmed held the title of ‘Nawab’, but Kamal was a modest person and never behaved like a ‘Nawabzada’.

Dr. A. H. Nayyar recalled his association with late Prof. Kamaluddin as a colleague in Quaid-i-Azam University. He noted that Kamal was an acclaimed scholar and a teacher who made special effort in his lectures to ensure that all students were following his words. He was a thorough gentleman and fully committed to his profession, which he pursued with exceptional enthusiasm. Dr. Nayyar also mentioned the advisory role of Prof. Kamal in Pakistan Nuclear Regulatory Authority (PNRA).

Dr. Hamid Saleem, Director General, National Centre for Physics (NCP) recalled Prof. Kamaluddin’s recent assignment as visiting scholar at his Centre where he wanted to strengthen Particle Physics group. He said that the passing away of Prof. Kamaluddin, a few months after Prof. Riazuddin, was indeed a huge loss for the Centre and field of theoretical particle physics in the country, and that we must not only remember Prof. Kamaluddin but also try to follow his footsteps. 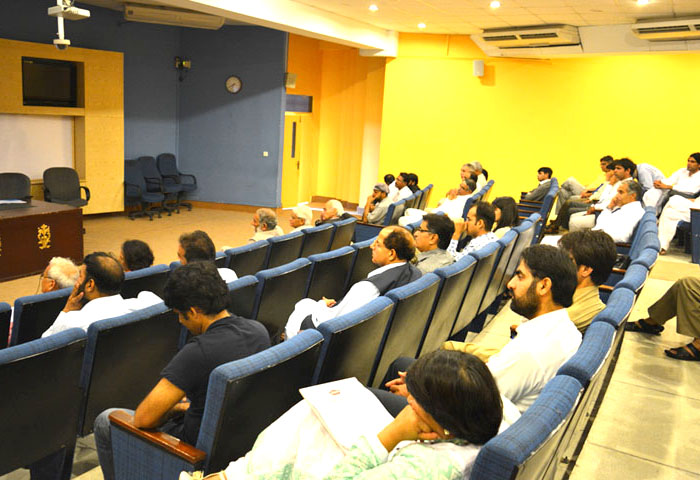 maluddin, praised the untiring efforts of Prof. Kamaluddin in developing a culture of research at the Institute and for pioneering the establishment of the High Energy Physics group at CIIT. Dr. Ashraf Atta recalled that Prof. Kamaluddin was a caring person, ever ready to help those in need and in particular supporting students with less privileged backgrounds.

Dr. N. M. Butt, Chairman Preston Institute of Nano Science & Technology (PINSAT) lauded the commitment of late Prof. Kamaluddin to produce students at par with the standards being followed in advanced countries and recalled Professor Kamal as an honest, upright, and straightforward person with impeccable record of services rendered to Pakistan from his days in PINSTECH in 1967 until his last assignment as Advisor in CIIT, in 2013. He recounted his affiliation with Prof. Kamal as a Humboldt Fellow and as Professor of Physics at Quaid-i-Azam University and lauded his devotion to students and his work.

Dr. Arshad Bhatti, Dean of Sciences CIIT speaking high of Prof. Kamaluddin noted that he was a passionate teacher and leader, who dedicatedly indulged in bringing the best to his students. He noted Prof. Kamal’s concerns for promotion of Particle Physics and said that Kamal planned to raise funding for scholarships to students of Physics in the country. He owed the current state of the Department of Physics at CIIT principally to the hardwork and untiring efforts of Prof. Kamaluddin.

Later, some senior PhD and post graduate students recalled Prof. Kamaluddin as a caring person who treated his students like his own family. The reference was closed with offering of prayers for the late professor.

Prof. Kamaluddin, a fellow of the Pakistan Academy of Sciences, was awarded Pride of Performance by the Government of Pakistan in 2001 in recognition for his excellence in science and technology.