During a meeting of COMSATS’ delegation with Dr. Hassan 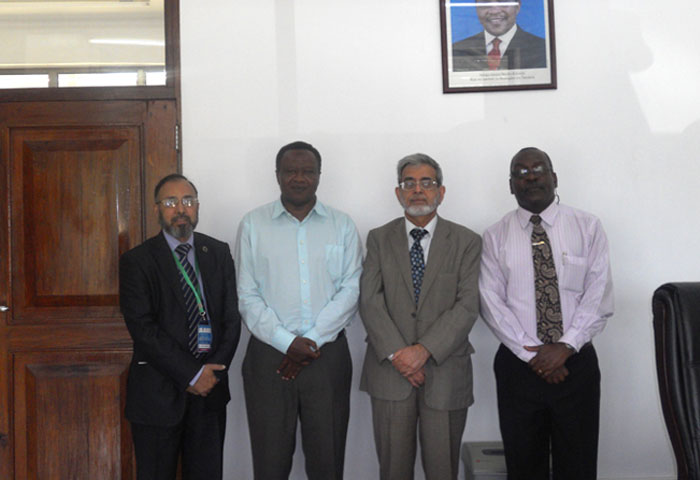 Mshinda, Director General, Tanzania Commission for Science & Technology (COSTECH), held in the latter’s office on 21st October 2014, matters related to Tanzania’s participation in COMSATS’ programmes were discussed. Also present at the meeting was Dr. L.C. Manege, Director of Industrial Research, Tanzania Industrial Research and Development Organization (TIRDO), Tanzania. It was noted by the Executive Director COMSATS that although TIRDO has been consistently participating in COMSATS Coordinating Council meetings, it has not been able to make best use of the opportunities offered by COMSATS, primarily due to the lack of adequate financial and technical resources. It was noted that TIRDO is willing to participate in the activities of COMSATS’ International Thematic Research Groups, for which it requires necessary funds from the Tanzanian government. In this regard, the Executive Director COMSATS urged the Director General COSTECH to allocate necessary funds for TIRDO’s participation in COMSATS’ programmes. He also stressed the need for the Government of Tanzania to resume its Annual Membership Contribution (AMC) to COMSATS in order to reap the benefits of capacity building events organized by COMSATS. The Executive Director also thanked COSTECH for hosting the afore-mentioned workshop on Internet Security, which is COMSATS’ first activity in Tanzania.

The Director General COSTECH informed the COMSATS delegation regarding the efforts being made by COSTECH for the development of S&T in the country, and assured of his full support in future as well. In light of the discussions held during the meeting, it was agreed that COSTECH will act as COMSATS’ Focal Point in Tanzania, and the announcements of COMSATS’ activities will be sent to COSTECH for dissemination to the relevant organizations and individuals in Tanzania. It was also agreed that COSTECH will encourage the Tanzanian students to avail the offers of postgraduate scholarships offered by COMSATS Institute of Information Technology (CIIT), Pakistan, and other Centres of Excellence.

During another meeting held on the same day with Prof. Patrick Makungu, Perma 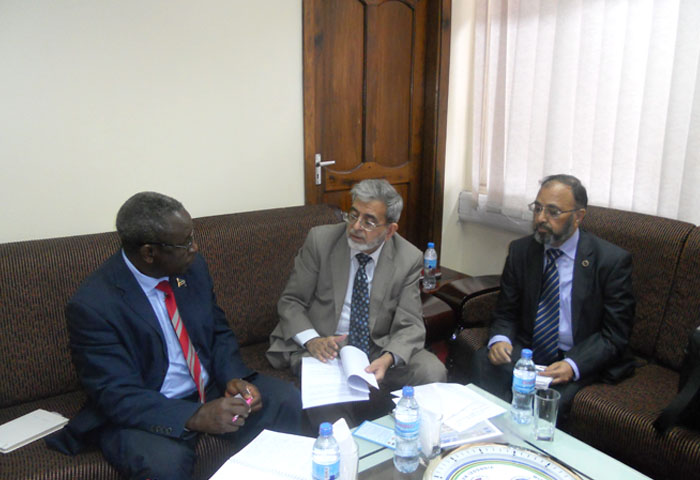 nent Secretary, Ministry of Communication, Science and Technology, Government of Tanzania, the opportunities offered to Tanzania by COMSATS in the fields of higher education, capacity building and scientific research were highlighted. In this regard, the Executive Director COMSATS provided details regarding the postgraduate scholarships offered by CIIT, capacity building events organized by COMSATS in collaboration with its partner organizations, as well as activities of COMSATS’ International Thematic Research Groups, and invited the Permanent Secretary to nominate suitable Tanzanian scientists for participating in these programmes. He thanked the Permanent Secretary for participating in the inaugural session of the Internet Security workshop as Chief Guest, and acquainted him with the proceedings of the workshop’s technical sessions. He recalled that the Government of Tanzania had played an important role in the establishment of COMSATS through the participation of former President of Tanzania, H.E. Mr. Benjamin W. Mkapa, who was then the Minister for Science, Technology and Higher Education, during COMSATS’ Foundation Meeting held on 4-5 October 1994, at Islamabad, Pakistan. However, he informed, that Tanzania has not been able to fully avail the benefits offered by COMSATS. The Executive Director requested the Permanent Secretary to take necessary steps to ensure Tanzania’s participation in COMSATS’ programmes.

The Permanent Secretary appreciated the efforts being made by COMSATS to facilitate capacity building and international collaboration of Tanzanian scientists and institutions, and agreed to take actions to ensure that Tanzania makes full use of the opportunities offered by COMSATS. It was agreed that under COMSATS Distinguished Professorship scheme, a lecture of a suitable expert will be arranged at the Nelson Mandela African Institute of Science and Technology, Arusha, Tanzania.

COMSATS’ delegation also met Prof. Esther Mwaikambo, President Tanzania Academy of Sciences (TAAS), and Dr. A. P. Nanyaro, Executive Director TAAS, on 23rd October 2014 in the office of President TAAS at Hubert Kairuki Memorial University, Dar-es-Salaam. During the meeting, the scientific potential of Tanzanian universities and organizations was discussed. Prof. Mwaikambo agreed to sensitize the fellows of Tanzania Academy of Sciences regarding the benefits offered by COMSATS, with a view to enhance the participation of Tanzanian scientists and researchers in COMSATS’ programmes, in particular, the scientists of TIRDO. She also agreed to explore the possibility of nominating suitable individuals for availing the postgraduate scholarships offered by CIIT, Pakistan.

The COMSATS delegation also paid a visit to Pakistani High Commission in Dar-es-Salaam, and held a meeting with its Chargé d’ Affairs, Mr. Muhammad Iqbal on 23rd October 2014, during which matters related to enhancing cooperation between COMSATS and Tanzania were discussed. Mr. Iqbal agreed to facilitate COMSATS’ initiatives in Tanzania. In this regard, it was agreed that copies of all correspondence between COMSATS and Tanzanian institutions will be endorsed to the Pakistani High Commission. 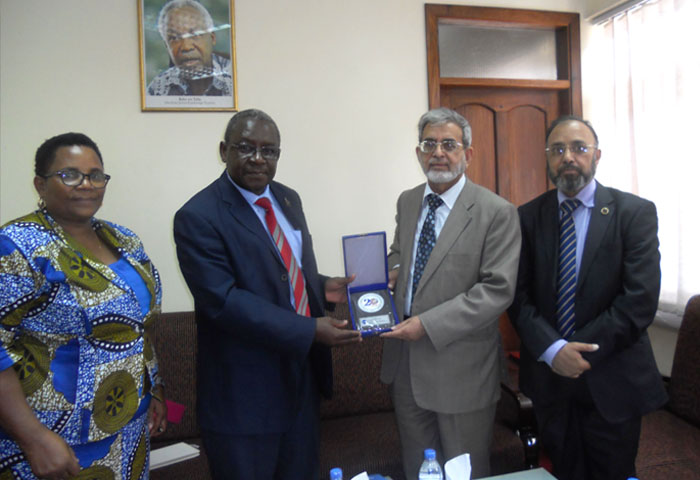