Ambassador of China to Pakistan Briefed About COMSATS’ Programmes

Home   /   Ambassador of China to Pakistan Briefed About COMSATS’ Programmes 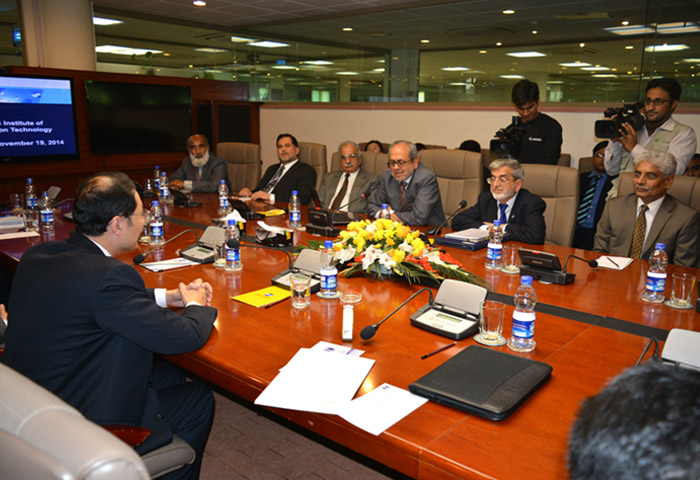 meeting with the Ambassador of China to Pakistan, H.E. Mr. Sun Weidong, on November 19, 2014, to brief him about COMSATS’ wide ranging international programmes and activities, its international mandate, structure, and functions of various statutory bodies. The meeting was held at COMSATS Institute of Information Technology (CIIT), Islamabad, on the occasion of the inauguration of China Study Centre established at the Institute. Rector CIIT, Dr. S. M. Junaid Zaidi; Advisor (HCA) COMSATS Headquarters, Mr. Sabih ur Rahman; Deans and Heads of Departments of COMSATS Institute, as well as officials of the Chinese Embassy attended the meeting.

Highlighting the significance of China as a Member State of COMSATS, Dr. Qureshi informed that China has representation on all the organizational bodies of COMSATS through its Ministry of Science and Technology; Center of Excellence, the International Center for Climate and Environment Sciences (ICCES); and a representative of the Chinese Embassy in Islamabad. He informed the meeting that Mr. Cai Zhiping, Coordinator, Division of International Organizations and Conferences, Department of International Cooperation, Ministry of Science and Technology, Government of China, is a member of COMSATS Management Committee. However, he is represented by Mr. Zhang Haihua, the First Secretary (Science and Technology) of the Chinese Embassy. It was noted that the Management Committee renders advisory support to the Executive Director for effectively running the administrative and financial affairs of the org 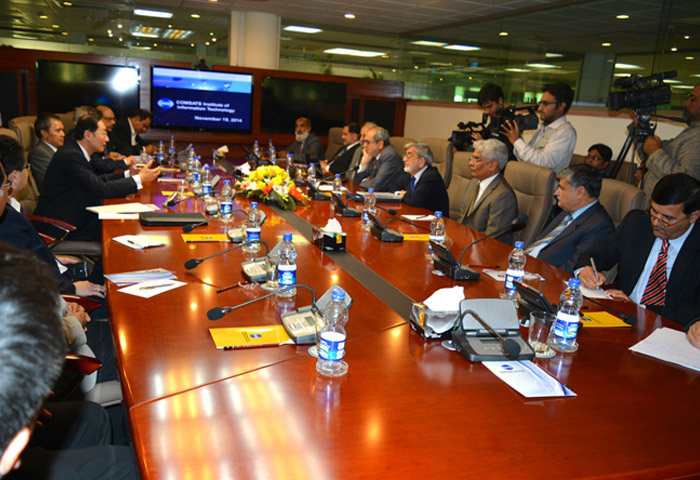 Dr. Qureshi expressed deep satisfaction over the active participation of ICCES at the Coordinating Council meetings, held regularly every year. He also appreciated the proactive role of Prof. Dr. Lin Zhaohui, Director ICCES as the Group Leader of COMSATS International Thematic Research Group (ITRG) on ‘Climate Change and Environmental Protection’. He explained the modus operandi prescribed for the joint research activities being undertaken by COMSATS’ various ITRGs, which are in line with organization’s future strategy (2012-16).

Highlighting the cordial relations that COMSATS has with China as a Member State, Dr. Qureshi hoped for further strengthening the relations during the tenure of the incumbent Chinese Ambassador. He sought Mr. Weidong’s support in ensuring China’s continued participation in COMSATS’ programmes. 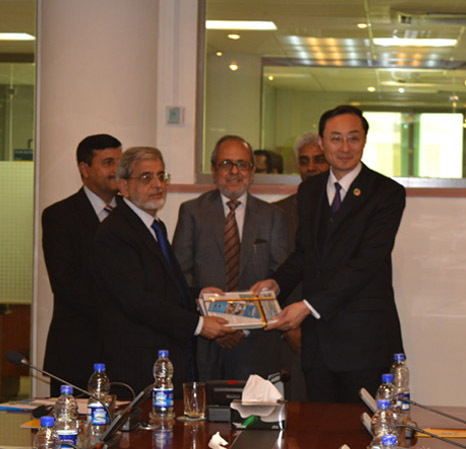 on the role COMSATS is playing for the promotion of Science and Technology. He considered Science and Technology to be an important area which can help in achieving national development, especially through international cooperation. Advocating the need for regional networking in science and technology, he said that being affiliated with COMSATS, the Member States must support each other academically, intellectually and financially. He noted that China looks forward to expanding its cooperation with Pakistan in the field of education. Mr. Weidong emphasized the need for stronger regional ties and noted that China has a firm policy to promote South-South cooperation in the region. He further noted that it is also a part of the international policy of China to support the developing countries economically. He pledged his full support in extending cooperation and support to COMSATS’ future programmes and activities. At the end, Dr. Qureshi presented a set of COMSATS’ publications to H.E. Mr. Weidong.