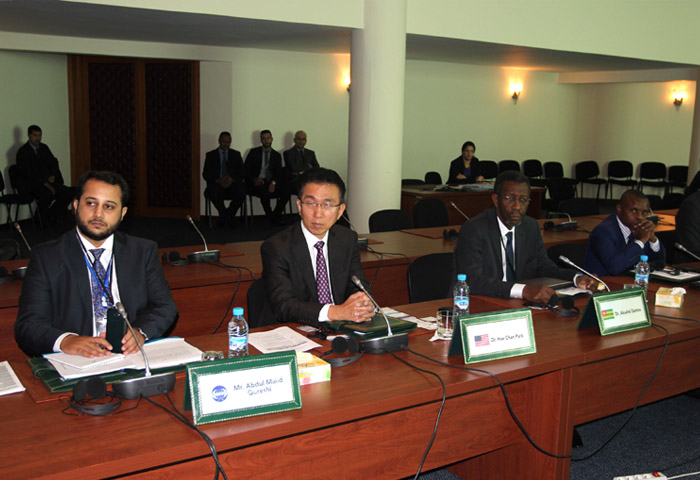 5-27, 2014. The second of its kind, the workshop was jointly organized by the Commission on Science and Technology for Sustainable Development in the South (COMSATS); Islamic Educational, Scientific and Cultural Organization (ISESCO) and the Inter-Islamic Network on Information Technology (INIT).

The first event of the series held in Islamabad (November 2013) focused on Asian Region. This series of workshop is aimed at strengthening the capability of senior academicians and planners from the common Member States of COMSATS and OIC to understand and possibly help develop national policies for improving innovation and IP frameworks, as well as enable them to respond effectively to the challenges of building competitive economies during rapid globalization and technological change.

The technical proceedings of the event spread over six sessions of the workshop comprising of talks and presentations that introduced innovation; highlighted the impact and effect of innovation on national economies, particularly those of Africa; and presented intellectual property as a means to securing the future of smaller economies. Several models of African innovation systems and frameworks of intellectual property, and their role in making an economy knowledge-driven with strong linkages among universities, industries and R&D institutions were discussed. Key issues relating to patent filing, indigenous knowledge and need for greater awareness of IP rights were also highlighted.

It was agreed that a holistic and open economic policy for building a national innovation system, technology policies, relevant education are desirable. Each country should try and develop strategies to develop relevant skills required to instill a culture of learning. ISESCO and COMSATS were urged to encourage the parliaments of the Member States to establish Commissions on National Innovation System to better ensure advocacy on ST&I in all member countries. A need for greater awareness regarding IP was called for and it was recommended to include modules on IP in the curricula of middle and high schools. An insight into the innovation policies of developing countries was also provided during the event through the country-specific presentations made by participants from China, Pakistan, Senegal, Tanzania, Burkina Faso, Niger, Uganda and Ghana.

Finally, a round table discussion touched upon various aspects of the themes and discussions of the event.

Head of ICPSR-ISESCO, Mrs. Wafa El Alami, presided over the closing ceremony of the event held on November 27, 2014. In her closing remarks, she opined that the developing countries will have to support and strengthen their intellectual property organizations in the light of the existing regional models, to improve the delivery mechanism of their National Innovation System. Mr. Tahir Naeem in his vote of thanks appreciated the strenuous efforts of the organizers for making the event successful. He encouraged the participants to give their feedback to further improve the outcomes of the future events of this activity. Mr. Naeem noted that the inputs from the most pertinent individuals that participated in the event provided great insight towards the needs and issues faced by innovators in Africa. On behalf of COMSATS, Mr. Tajammul Hussain gave the concluding remarks. He thanked the ICPSR-ISESCO and INIT, and noted that the 3rd workshop on the theme will be held in the near future for the Middle East region.

At the very end of the event, the organizers and participants of the event were given certificates of participation.