The Foundation Meeting of COMSATS’ International Thematic Research Group (ITRG) on ‘Mathematical Modeling’ was organized by the Commission on Science and Technology for Sustainable Development in the South (COMSATS) with the support of its Centre of Excellence in Nigeria, National Mathematical Centre (NMC), which 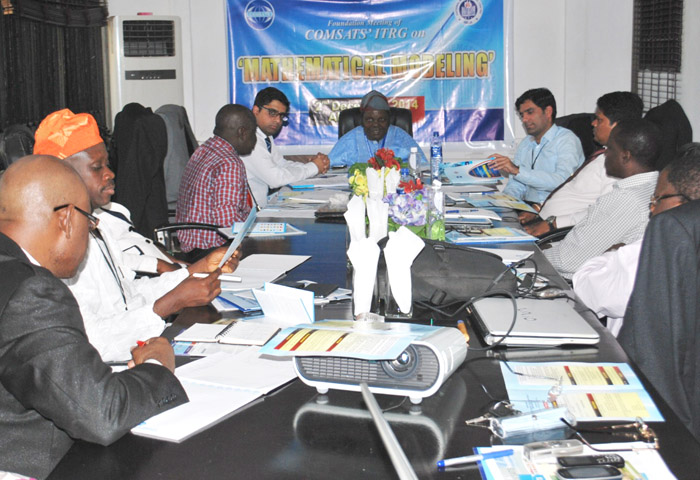 is the designated Lead Centre of the Group. The meeting took place on December 02, 2014, in Abuja, Nigeria, on the sidelines of NMC-COMSATS International Conference on ‘Modeling and Simulation of Climate Change and Environmental Protection’ (December 1-2, 2014, Abuja, Nigeria).

The primary objective of the meeting was to identify the common challenges and areas of research interest of the participating organizations/countries, and to initiate a joint research project in the field of mathematical modeling. Other key objectives included: delegation of specific research assignments to the Group members, and formulation of a strategy for steering and monitoring research efforts of the Group to achieve the desired results. In addition to COMSATS’ representative, the meeting was attended by eight researchers and scholars from NMC, Nigeria; Obafemi Awolowo University, Nigeria; and Federal University of Agriculture, Nigeria; COMSATS Institute of Information Technology (CIIT), Pakistan; Tanzania Industrial Research and Development Organization (TIRDO), Tanzania; and Industrial Technology Institute (ITI), Sri Lanka.

The meeting was inaugurated by Prof. Adewale Roland Tunde Solarin, Director/Chief Executive, NMC, Nigeria. During his inaugural address, Prof. Solarin stated that the ITRG programme is an innovative and unique initiative of COMSATS, which provides a strong technical base to the organization for the promotion of South-South cooperation in Science and Technology. While expressing pleasure on being the ‘Lead Centre’ for COMSATS’ ITRG on ‘Mathematical Modeling’, Prof. Solarin assured of his full support towards the activities of the Group, and pledged to organize quarterly meetings of the Nigerian scientists taking part in the project, as well as an annual meeting of all active researchers of the Group. He hoped that the Group will play a key role in meeting the common challenges of the developing countries. Prof. Solarin also shed light on the technical activities of his Centre, and informed that the NMC is repositioning itself as a frontline player in the field of mathematical sciences.

In his message read out on the occasion by Mr. Farhan Ansari, Sr. Assista 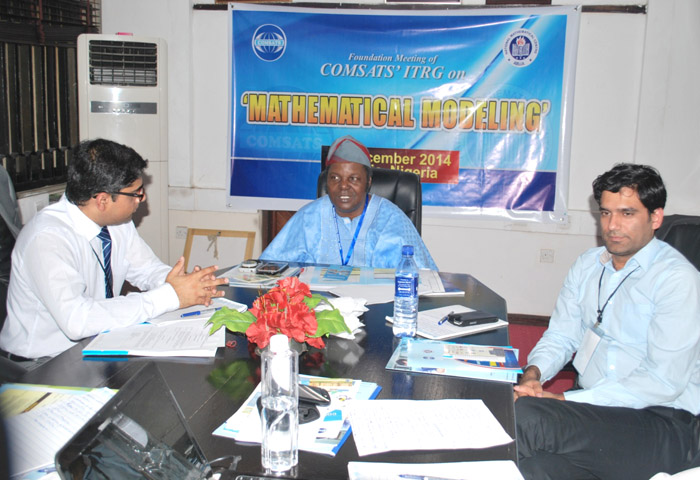 nt Director (Programmes), COMSATS Headquarters, Dr. I.E. Qureshi, the Executive Director COMSATS, sent his greetings to the distinguished scientists and researchers, who were participating in the meeting. He also felicitated NMC for jointly organizing and hosting the foundation meeting. The Executive Director noted that the launching of the Group on Mathematical Modeling was a major milestone for COMSATS, which has raised the number of its active ITRGs to four. In view of the theme chosen by the Lead Centre for the joint research project, i.e. ‘Assessing the effects of Air and Water Pollution using Mathematical Models’, the Executive Director remarked that in spite of increasing environmental awareness, air and water pollution levels are still high in many parts of the world, especially in developing countries. He cautioned that the air and water pollution may have trans-border effects, which calls for joint efforts by the developing countries to identify and address the causes of the same. Dr. Qureshi also hoped that the activities of the ITRG on ‘Mathematical Modeling’ will play a constructive role in lessening the hardships of the developing world relating to environmental pollution.

The technical session of the meeting, chaired by the designated Group Leader, Prof. B. O. Oyelami, NMC-Nigeria, commenced with a presentation by Mr. Ansari on the historical perspective, mandate, structure and technical programmes of COMSATS. During the presentation, Mr. Ansari shed light on the background and objectives of COMSATS’ International Thematic Research Groups, as well as COMSATS’ expectations from the Group’s foundation meeting. Subsequently, the Group Leader made a detailed presentation on the various components of the joint research project, proposed to be executed by the Group, relating to assessing the effects of air and water pollution.

During the meeting, the participating researchers made presentations on their current research activities, which made it possible to identify their common areas of expertise and interest. The participants also identified specific segments of the project for which they were willing to contribute having necessary expertise. The presentation of Prof. Xiadong Zeng of International Centre for Climate and Environment Sciences (ICCES), China, who could not participate in the meeting due to unforeseen circumstances, was made by Mr. Olutunji Oladejo of NMC. 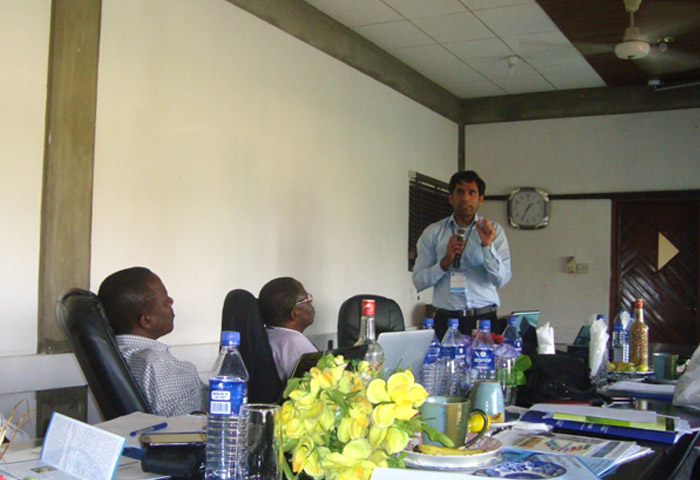 ect, entitled ‘Mathematical Modeling and Simulation of Air and Water Pollution: Effects and Remedies’. Moreover, specific research assignments related to the project were distributed among the Group members, as well as a comprehensive action plan with time-line for the execution of the project during the next three years was finalized. The action plan entails studying the transportation and distribution of pollutants in air and water; determining effects of air pollution; using models to study factors that contribute to carcinogenic and allergic diseases and those that lead to environmental problems; determining how chemicals in the air lead to greenhouse effects and the associated global warming, using models to estimate the effects of combustion of hydrocarbon fuel and greenhouse gases; developing models to predict the distribution of pollutant in water, using quality control models/charts; developing and implementing simulation experiments, including Monte Carlo (MC) Simulation; and jointly publishing a book/monograph on the subject. The participants also agreed to make arrangements to share their organizations’ laboratory resources for the project, as well as expressed strong commitment to actively participate in the joint research project under the supervision of the Group Leader.

The afore-mentioned distribution of tasks was formalized through a Memorandum of Understanding that was signed by the representatives of five participating organizations belonging to Nigeria, Pakistan, Sri Lanka and Tanzania. It was agreed that the next meeting of COMSATS’ ITRG on ‘Mathematical Modeling’ will be hosted by the Lead Centre, NMC, on December 1-2, 2015, in order to discuss the progress made by the Group, as well as to determine the future course of action. 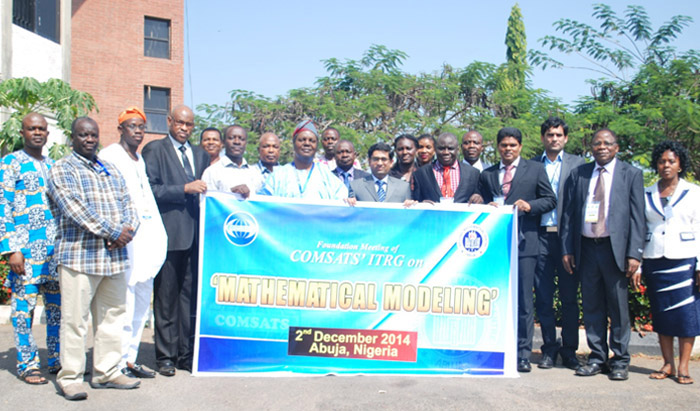