Earlier, a completely filled-in proforma containing full information about the academic programmes of different faculties of the University was submitted by KazNU, as pre-requisite for joining COMSATS’ Network of International S&T Centres of Excellence. Considering the highly prestigious status of the University within Kazakhstan’s national educational system and the strength of its teaching and research programmes, it was considered most appropriate to proceed with the formalities of inducting KazNU as a Member of the Network. As per Charter of the Network of Centres of Excellence, it is obligatory that an applicant Centre is personally visited by at least two TAC members, which comprises of 10 internationally re 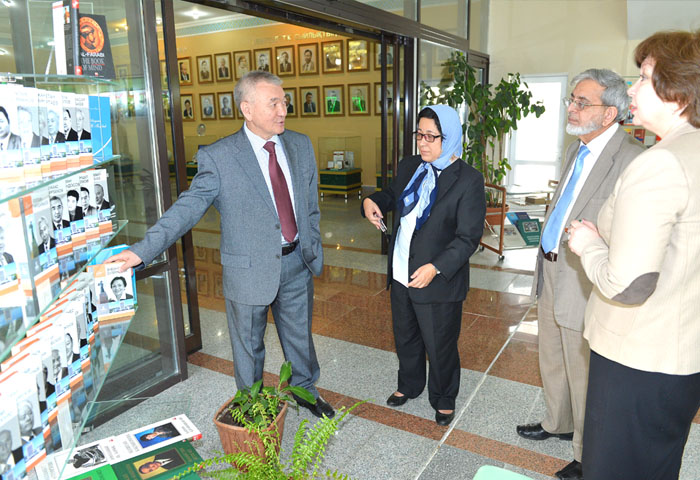 nowned scientists, including the Executive Director as an ex-officio member. The First Vice-Rector of KazNU, Prof. Mukhambetkali Burkitbayev was kind enough to send an invitation for the visit.

The delegation was able to reach Almaty, Kazakhstan, on 23rd April 2015, and conducted its first tour of various faculties of the University on 24th April. Welcoming the delegation, the First Vice-Rector expressed his pleasure to receive the guests and hoped that they will be able to visit as many departments as possible within their short stay of two days. Showing around the central administrative block of the University, Prof. Burkitbayev pointed out that this block also houses a museum in which the eighty years’ history of the University is documented and displayed in an impressive manner. The tour of the museum preceding other meetings turned out to be a memorable experience, in terms of the historical importance of the preserved items and the quality of their display. The academic achievements of renowned professors, famous alumni, and honors received in pedagogy, as well as in sports by successive generations of students, along with the works of the great 10th century scholar, Abu Nasr Al-Farabi, were some of the eye-catching and inspiring exhibits available in the Museum.

During an introduction of the on-going programmes of the University, Prof. Burkitbayev explained that the university has been undergoing a rigorous process of modernization that was started in 2012. To effectively govern the operations of the University, some departments were merged thereby reducing the total number of departments from over 100 to about 60. The second important feature of the modernization was the delegation of certain administrative powers from Rector to Vice Rectors and on to Deans of Faculties. Thirdly, the university started concerted efforts for enhancing academia-industry relations. Through a University Technology Park and faculty-based incubation centres, greater emphasis is being laid on commercializing the intellectual property holdings of the faculty members. The young graduates are also being encouraged to launch start-up companies, by providing them office facilities and initial financial support. The fourth component of modernization involves the focus on internationalization, through students and faculty exchanges on bilateral basis, as well as involvement with international educational cooperation platforms. The research infrastructure is also being enhanced to make it consistent with the requirements of international collaboration. The Executive Director pointed out that by virtue of its status as COMSATS’ Centre of Excellence the objectives of university’s modernization with respect to internationalization will be achieved more effectively.

The preliminary discussions were followed by a formal meeting with the honorable Rector, Prof. Galimkair Mutanov, and deans of its fourteen faculties related to Science and Technology. In his opening remarks, Prof. Mutanov acknowledged the importance of the visit of distinguished guests and considered it an honor for KazNU to be considered for COMSATS’ Network Membership. He recalled that KazNU already has strong research collaboration with International Centre for Chemical and Biological Sciences (ICCBS), which is one of the two Centres of Excellence located in Pakistan. The Executive Director highlighted the significance of Centres of Excellence in achieving the objectives of South-South cooperation. He pointed out that the Network comprise of a variety of R&D organizations and institutions, some of which are multidisciplinary while some are mono-disciplinary. Also there are already two universities and one university institute affiliated with COMSATS. He particularly mentioned the COMSATS Institute of Information Technology (CIIT), which is not only a Center of Excellence of COMSATS but also its flagship project in Pakistan. In view of several common areas of scientific interest, it would be highly desirable for CIIT and KazNU to undertake academic and research cooperation programmes. The Rector KazNU expressed his support for any proposals in this regard. The second visiting member of TAC, Prof. Khatijah M. Yusoff, also introduced her university, the Universiti Putra Malaysia (UPM), and her personal research interests related to molecular biology. She invited KazNU deans to consider research collaboration with her group, which is involved in research on viruses.

A Powerpoint presentation by Executive Director COMSATS on 25th April was attended by senior faculty members and Directors of S&T-related research institutes of the University. The history, organizational structure and key initiatives of COMSATS were described in detail for the benefit of distinguished academics, especially the role of Coordinating Council meetings and International Thematic Research Groups was emphasized as an effective mechanism of South-South cooperation.

The TAC members were given a tour of major laboratories in the Faculty of Physics and Technology, Faculty of Biology and Biotechnology, and Faculty of Chemistry and Chemical Technology, along with its two independent Institutes. The evaluation process, spanning two sessions on 24th and 25th April comprised of inspection of experimental facilities and general working conditions of the staff; questioning about scientific projects being undertaken; and the prospects of future work that could become a basis of international collaboration. The brief but intensive interactions with scientific workers during the visits revealed the following strengths of the University:

The courtesies and cooperation at all levels of the administration extended to the delegation conveyed an impression of commitment to participate in COMSATS’ future programmes. The delegation members were grateful for the personal care and hospitality offered to them during their stay in Almaty. 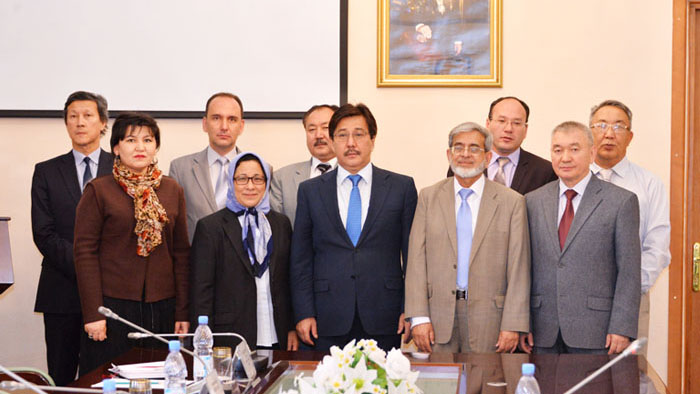