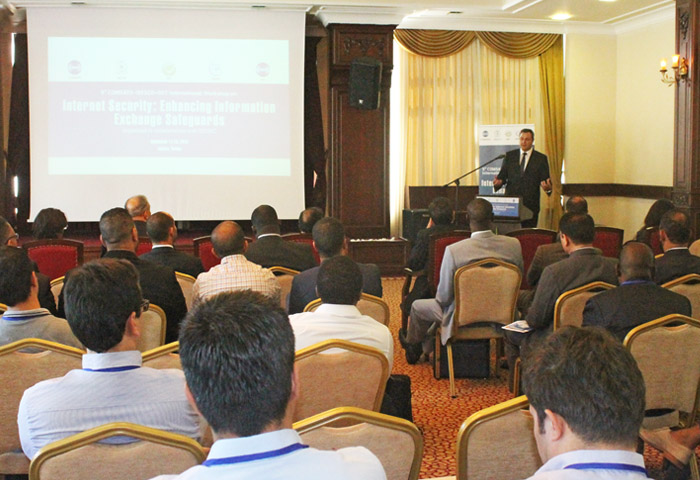 guards’ was inaugurated by Prof. A. Arif Ergin, President of the Scientific and Technological Research Council of Turkey (TUBITAK), Government of Turkey, on 14th September 2015, in Ankara, Turkey. The event is being jointly organized by the Islamic Educational, Scientific and Cultural Organization (ISESCO); the Commission on Science and Technology for Sustainable Development in the South (COMSATS); the Inter Islamic Network on Information Technology (INIT); the COMSATS Institute of Information Technology (CIIT), Pakistan; and the Statistical, Economic and Social Research and Training Centre for Islamic Countries (SESRIC), Turkey, from September 14-18, 2015.

Prof. Ergin, in his inaugural address, welcomed and thanked the foreign experts and participants for ensuring their participation in this important event. He stated that the survival and socio-economic development of nations depend greatly upon scientific knowledge and command over technology. Noting that the world is moving from traditional computing to cloud computing, Prof. Ergin stated that cyber security has become extremely difficult to ensure considering that the information and data is distributed over thousands of network nodes all over the world. He noted that the developing countries, particularly Islamic countries, generally lack the capability to indigenously produce microelectronic hardware and software for various applications including cyber security in telecommunication industry, and rely heavily on the countries of the West to fulfill their needs in this regard. He called for enhanced collaboration among the relevant organizations of the developing countries, in general, and OIC countries, in particular, in order to build their capacities to develop their own hardware and network protocols for improved cyber security practices. He informed that TUBITAK governs 19 research facilities in Turkey, nine of which are working in different fields of ICTs and electronics. 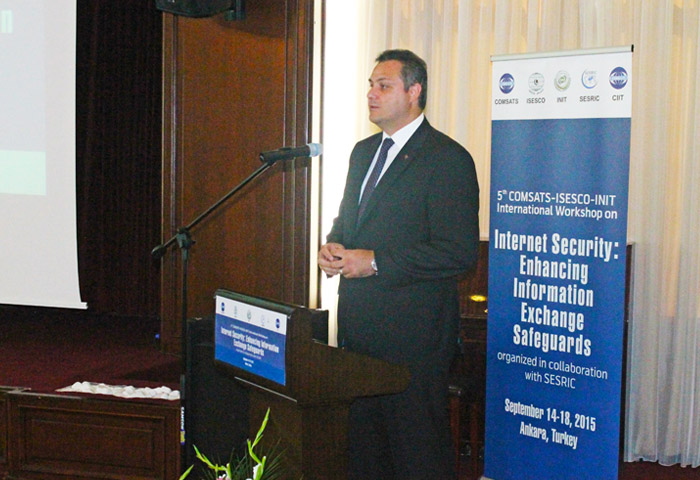 General SESRIC, expressed his pleasure on hosting this important workshop, and welcomed all foreign and local participants of the event. He considered information and internet security an extremely important topic, keeping in view the fact that cybercrimes cause tremendous losses of revenue, confidential information and infrastructure. He stated that cyber security is especially important for the developing countries, as they are in the nascent stages of transition towards becoming knowledge societies, and can suffer irreversible damages at the hands of cyber criminals. He stressed the significance of collaboration among the developing countries in different aspects of cyber security, including legal measures; technical, policy and procedural measures; organizational development; and capacity building. He informed that SESRIC is actively engaged in building scientific capacity of OIC member countries since 2009, which includes organizing a number of capacity-building events each year, as well as conducting scientific studies. In this regard, he informed that SESRIC has organized 10 capacity-building events in the field of ICTs during the recent years, and is also hosting the e-government web-portal of Turkey. 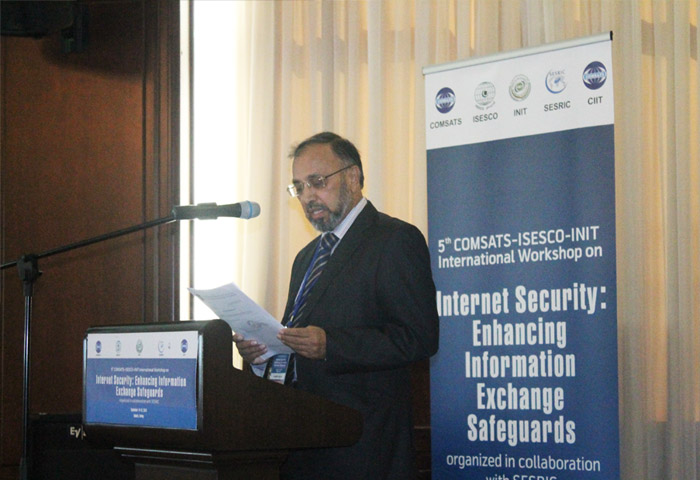 ead out on the occasion by Mr. Tajammul Hussain, Advisor (Programmes) COMSATS, extended gratitude to ISESCO, INIT, CIIT, and SESRIC for joining hands with COMSATS in order to organize the workshop. He stated that with the ever-increasing use of computers, laptops and smart phones, connected to the Internet, by general public for performing daily life activities, came fraudulent activities that range from system hacking to identity theft and cyber stalking. Internet security has, therefore, become exceedingly important for individuals, organizations, and businesses in order to ensure that their identities, documents and passwords are not compromised. Dr. Qureshi stated that the afore-stated threats can only be encountered through collective action by the governments, IT experts and organizations of the world. He informed that COMSATS is committed to developing and strengthening linkages among the countries of the South for exchange of resources, technology, and knowledge. He acknowledged the consistent support of ISESCO and INIT towards COMSATS’ programmes and activities in the common Member States, and thanked SESRIC for hosting this important event. He also desired and looked forward to having further collaboration with SESRIC on long-term basis, similar to COMSATS’ collaboration with ISESCO, UNESCO and INIT.

Dr. S.M. Junaid Zaidi, President INIT and Rector CIIT, in his message read out on the occasion by Mr. Muhammad Atiq-ur-Rehman, Senior Program Officer, INIT, stated that the information technology has advanced at an unprecedented pace ever since the advent of modern computing. He stated that this progress, however, has come at the cost losses due to cybercrimes. He called for special protocols to be put in place in order to ensure cyber security in governmental and business activities. Dr. Zaidi stated that INIT is mindful of all necessities for achieving safe data exchange, without breaching the boundaries of relevant legislation. It was informed that INIT has devised certain programmes and initiated a number of activities in different fields of information technology. He was confident that the knowledge accorded during the workshop will facilitate the promotion and strengthening of initiatives related to Internet security and data protection.

Dr. Aicha Bammoun, Acting Director (Sciences), Science Directorate, ISESCO, conveyed the greetings of the Director General ISESCO. She stated that information and internet security is legal and ethical requirement of businesses and organizations, and stressed the significance of securing the computing devices against malicious cyber-attacks that often result in critical confidential information and system-control breaches. She informed that ISESCO is implementing various activities that aim to strengthen and promote knowledge and skills that are necessary to induce progress in the scientific and technological research sectors to keep pace with the requirements of the new age. ISESCO facilitates transition towards knowledge-based economies through developing intellectual potential of societies and providing capable human resources. She hoped that the workshop will suitably highlight the significance of cyber security, and will impart necessary skills and knowledge to the IT professionals enabling them to reduce the number of cyber crimes effecting their respective organizations and countries.

The inaugural ceremony was also attended by the representatives of diplomatic missions of various OIC and COMSATS Member States in Ankara, including Tunisia, Gambia, Bangladesh, Colombia, Jordan, Brunei Darussalam, Guinea, Morocco, Uganda, Indonesia, Chad, Sudan and Pakistan, as well as a number of relevant scientists and researchers belonging to universities, R&D organizations and government departments of Turkey.