International Symposium on ‘Light and Life’ inaugurated in Islamabad

Home   /   International Symposium on ‘Light and Life’ inaugurated in Islamabad 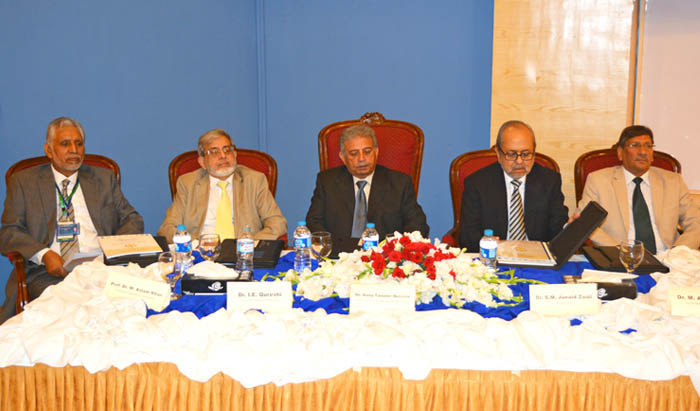 ssociation with COMSATS Institute of Information technology (CIIT) was inaugurated on October 14, 2015, in Islamabad. The event is being organized to celebrate the UN International Year of Light and Light-based Technologies, as well as to highlight the latest research and developments in the field taking place across the globe. The sponsors of the event include Abdus Salam-International Centre for Theoretical Physics (ICTP), Italy; CIIT; the Ministry of Science and Technology, Government of Pakistan; the Higher Education Commission (HEC) of Pakistan; and Pakistan Academy of Sciences.

The Minister for Science and Technology, and Defense Production, H.E. Mr. Rana Tanveer Hussain, inaugurated the symposium during a ceremony attended by a gathering of over 150 researchers, scientists, students, and officials from relevant organizations in COMSATS’ Member Countries. Apart from the inaugural address by the Minister, the ceremony featured speeches and remarks by the Rector CIIT, Dr. S.M. Junaid Zaidi; Prof. Dr. Aslam Khan, Advisor Physics at CIIT and the Chairman of the event’s Organizing Committee; Prof. Dr. Aslam Baig, Distinguished National Professor at the National Centre for Physics (NCP), and Dr. Imtinan Elahi Qureshi, Executive Director COMSATS.

Prof. Aslam Khan informed that the event would comprise of 16 parallel tech 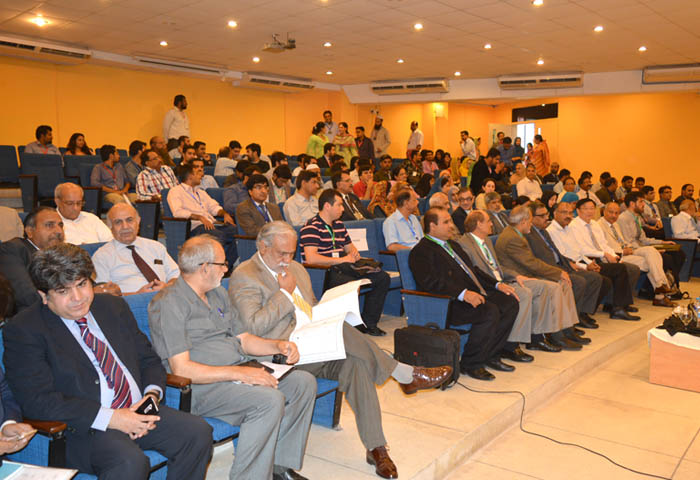 Speaking on the occasion, Dr. I. E. Qureshi apprised the audience of COMSATS Secretariat’s close working relations with the UNESCO Headquarters, Paris, formalized through signing of a Memorandum of Understanding in March 2015. It was informed that subsequent discussions on modes and means of cooperation with UNESCO led to the holding of the present symposium. Stressing the potential of S&T to help the developing countries prosper, Dr. Qureshi highlighted the nexus between economic growth, technological advances, and political and social patronage. He elucidated his point by quoting relevant examples from the past and present that showed the interdependent nature of these. He further added that the technologies that had seemed fictional a few years back were turning into reality due to advances in light-based technologies.

In his inaugural address, the Minister noted the importance of the theme of the event and recounted the number of relevant fields, in which advancements have benefitted the society. In this regard, he noted that there are wide-spread uses and applications of light and light-based technologies in developed and developing world, in the fields of defense, energy, communication, environmental monitoring, remote sensing, medicine, industrial research, information technology, etc. Cognizant of the importance of R&D in the relevant fields, His Excellency shared his government’s consciousness of the need to do more for furthering the gains from this field. He considered it of key importance to develop well-coordinated programmes in collaboration with national, regional, and international groups and centr 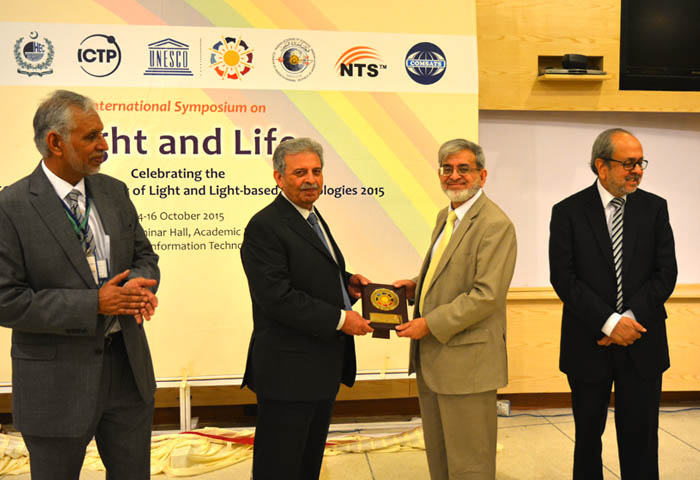 es of excellence. He also noted that the Government of Pakistan has started several R&D programmes in Lasers and Photonics, including the National Institute of Lasers and Optronics (NILOP), in addition to specialized courses and research activities at various universities across the country, including CIIT.

It is worth mentioning that the technical deliberations of the Symposium had started the day before with a pre-symposium workshop on ‘Technology of Light Emitting Diodes’ that had a participation of over 100 faculty and students of relevant fields.

The subsequent sessions of the symposium that commenced after the inauguration of the event would touch upon a number of themes pertaining to: Light Detection & Harvesting; Light Emitting Devices; Light-Matter Interactions; Light-Based Technologies; Photochemistry & Photobiology; Optoelectronics & Photonics; Imaging Science; and Quantum Informatics. Over 175 registered participants of the event belonging to Bangladesh, Egypt, Iran, Pakistan, Sudan, and Turkey, would be befitting from the symposium’s technical proceedings. 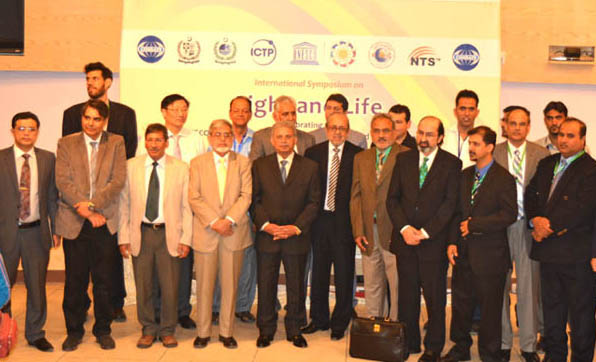