MoU signed between COMSATS and SESRIC

A Memorandum of Understanding was signed between COMSATS and the Statistical, Economic and Social Research and Training Centre for Islamic Countries (SESRIC) with a view to strengthen linkages between the two organizations for enhancing the cooperation for sustainable socio-economic development in their common Member States.

SESRIC is a subsidiary organ of the Organization of Islamic Cooperation (OIC), having ma 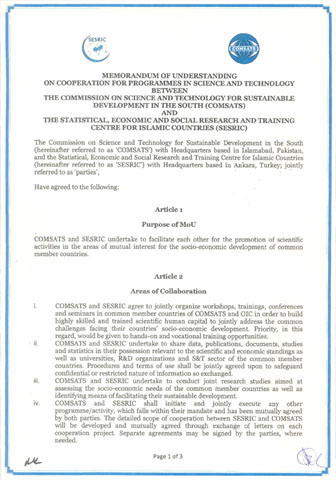 ndate to: collate, process and disseminate socio-economic statistics and information on and for the utilization of the member countries; study and evaluate the economic and social developments in the member countries to help generate proposals that will initiate and enhance cooperation among them; and organize training programmes in selected fields geared to the needs of the member countries, as well as to make efforts for achieving the general objectives of the OIC. The organization also acts as the major research arm of the OIC, whereby it is assigned the task of preparing the main economic and social reports and background documents for the multitude of economic, social and technical cooperation meetings and conferences held at different levels under the umbrella of the OIC every year.

The proposal of having an MoU between the two organizations was discussed during the meetings held by COMSATS’ delegation, comprising of Mr. Tajammul Hussain, Advisor (Programmes) and Mr. Farhan Ansari, Sr. Assistant Director (Programmes), with H.E. Ambassador Musa Kulaklikaya, Director General, SESRIC, and Prof. Huseyin Hakan Eryetli, Director (Publications and IT Department), on the sidelines of the 5th International Workshop on ‘Internet Security: Enhancing Information Exchange Safeguards’, which was hosted by SESRIC on September 14-18, 2015, in Ankara, Turkey. Subsequently, the broad parameters of the MoU were agreed upon by the two organizations.

The MoU was signed by the Director General SESRIC on 5th November 2015, in Ankara, and the Executive Director COMSATS on 9th November 2015, in Islamabad. The overall purpose of the MoU is to strengthen collaboration between COMSATS and SESRIC for the promotion of scientific activities in the areas of mutual interest for the socio-economic development of common Member States.

The specific activities to be performed under the umbrella of this MoU, inter alia, include:

The MoU shall be implemented through the development of specific programmes to be jointly executed by the two organizations during 2016-17. 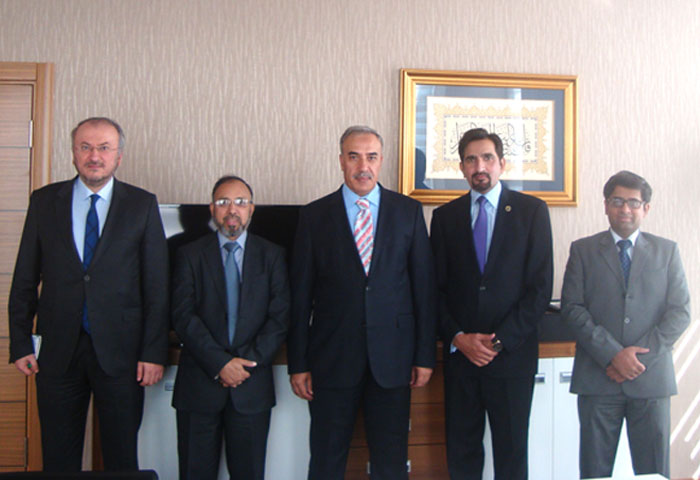