COMSATS Centre of Excellence in Sri Lanka, Industrial Technology Institute (ITI) celebrated its 60th Anniversary on 16th March 2016 at the Water’s Edge Hotel, Colombo, Sri Lanka. His Excellency the President of Democratic Socialist Republic of Sri Lanka, Hon. Maithripala Sirisena graced the occasion as the Chief Guest and distributed the awards for the employees with more than 25 years of service at ITI, as well as awards for the Best Invention and Best Technology Transfer.

The Minister of Science, Technology and Research, Mr. Susil Premajayantha, who was also present on the occasion, commended the service rendered by the Institute to the country.

A stamp and a first day cover were also launched at the occasion to commemorate ITI’s 60th Anniversary. 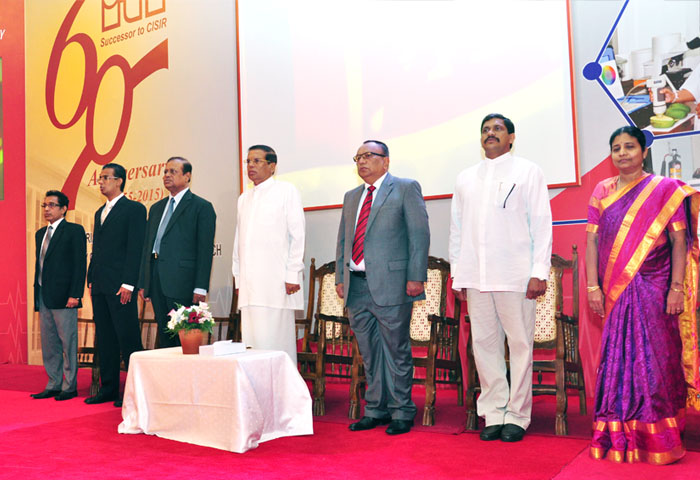