On April 21, 2017, an honorable Member of National Assembly, Ms. Tehmina Doultana, visited the COMSATS Secretariat, where she was received by senior officials of COMSATS. In the past, Ms. Doultana has served as Federal Minister for Science and Technology from March 2008 to May 2008.

Ms. Doultana congratulated Dr. S. M. Junaid Zaidi on appointment as the Executive Director of the COMSATS, and commended him for his dedicated and selfless services as the Founding Rector of the COMSATS Institute of Information Technology. She mentioned that the appointment from the Prime Minister of Pakistan is the recognition of his endless services for promotion and development of science and technology in Pakistan. She noted CIIT’s phenomenal growth in the country with an outreach to the rural areas of the country under the visionary leadership of Dr. Zaidi. She opined that establishment of a high-quality degree awarding institution in rural areas, like Vehari and Sahiwal, is in itself a great achievement and valuable contribution for building up a skilled and knowledge based youth for future.

The Executive Director COMSATS expressed gratitude to the Honorable Member National Assembly for visiting the Secretariat. He hoped to benefit from her guidance and support in future as well to achieve the desired objectives set by the pioneers of COMSATS. He recognized the fact that political ownership will always be required to make COMSATS a pro-active and prolific international organization for science led sustainable development of the South.

Later, Ms. Doultana also visited different sections of the COMSATS Secretariat and interacted with its human resource. She appreciated the new outlook of the working spaces at the premises. 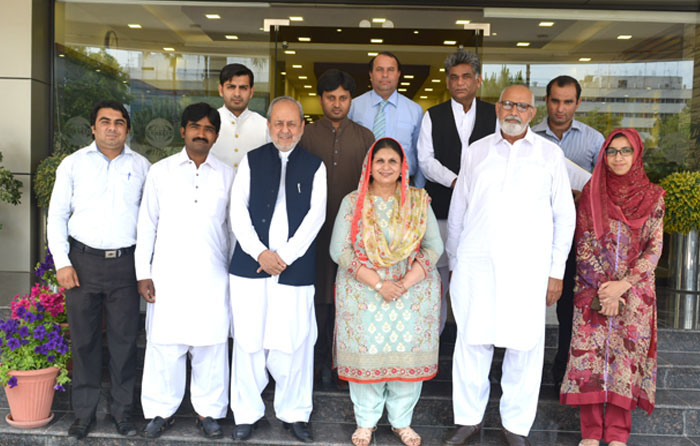