A three-member delegation of COMSATS headed by Ambassador Fauzia Nasreen visited Accra, Ghana from 21st to 24th May 2017. The purpose of the visit was to strengthen relations with the country hosting the Chair of COMSATS through interactions with its partner institutions in the country. In this regard, meetings were held at COMSATS’ focal ministry, Minister for Environment, Science, Technology and Innovation (MESTI) and Centre of Excellence, the Council for Scientific and Industrial Research (CSIR). 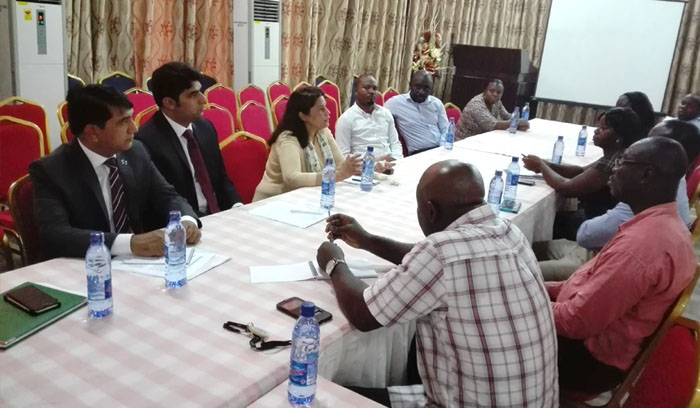 Dr. Fauzia was accompanied by two other officials of COMSATS, Mr. Nisar Ahmad, and Mr. Basit Rehman from COMSATS Secretariat. The delegation visited CSIR on 22nd and 24th May 2017 and held detailed meetings with the Centre’s Director General, Dr. Victor Agyeman. Discussions were held with Dr. Agyeman on scientific activities that COMSATS intends to hold in collaboration with CSIR in the near future. Mainly the matter of number of faulty and un-installed expensive equipment in the different research labs of CSIR was discussed in connection with holding another even on repair and maintenance of scientific equipment, in response to CSIR’s request. The series of events aims at developing researchers and engineers to indigenously address the maintenance and upkeep issues of lab equipment. In past, Ghana has benefitted from two such events in 2013, 2015.

Moreover, the issues raised in previous interactions, correspondence and discussions held in the past were also followed up.

On May 23rd, the delegation visited MESTI to call on Prof. Kwabena Frimpong Baoteng, Hon. Minister for Environment, Science, Technology and Innovation (MESTI) in his office. The Minister was apprised about the activities of COMSATS chaired by the Ghanaian President, and its future plans. A number of queries Prof. Baoteng with regard to COMSATS’ past activities for Ghana and surgical instrument industry in Pakistan were also addressed by COMSATS’ officials. In view of the importance of interaction at the highest level of Ghana and COMSATS for achieving the organization’s objectives and fulfilling its international obligations, the likelihood and arrangement of a meeting between the Chairperson of COMSATS, the Hon. President of Ghana, Hon. Nana Addo Dankwa Akufo-Addo, and the Executive Director COMSATS. It was agreed that the meeting may be arranged for July 2017. Moreover, MESTI’s support as a focal ministry in Ghana was pledged for achieving COMSATS’ objectives. 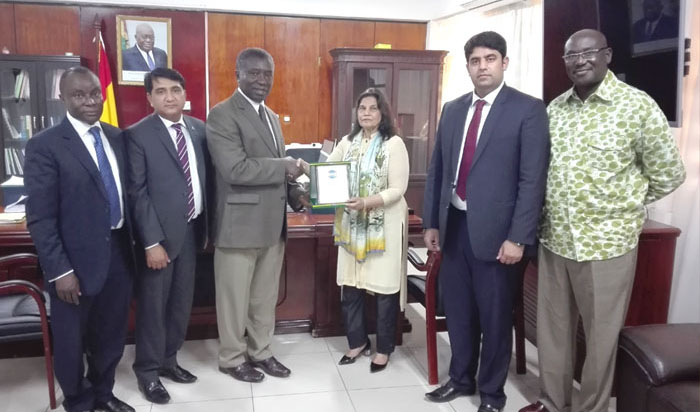 The meetings of the delegation in Ghana have remained by and large successful in terms of the progress made for sensitization of the Ghanaian institutions and senior officials about COMSATS and the country’s role in the organization’s programmes and leadership, as well paving pay for the meeting between the President of Ghana and Executive Director COMSATS.