Dr. Zaidi introduced COMSATS and briefed the Ambassador about remarkable achievements of the organization. He also noted that COMSATS has been involved in providing support to its member states for various S&T programmes through funding received in the form of Annual Membership Contributions. The Secretariat, he informed, meets its operational needs through funding received from the Government of Pakistan. Highlighting the benefits of COMSATS’ state membership, the Executive Director requested the Ambassador for taking COMSATS’ membership proposal to the relevant ministry of Turkmenistan. He apprised that COMSATS is willing to send a delegation to institutions in Turkmenistan to explore the opportunities for possible collaboration in Science and Technology. 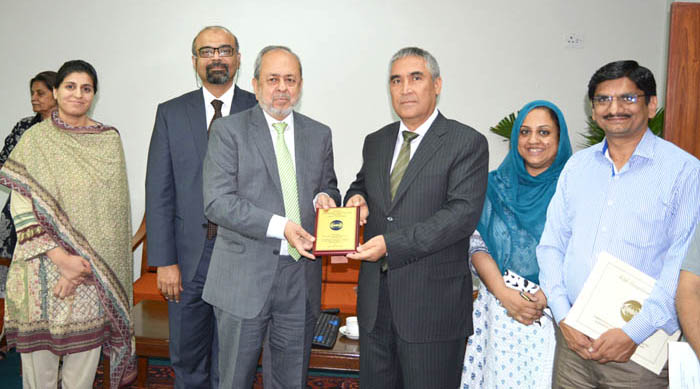 The Executive Director showed interest in sending CIIT students for participation in the upcoming Asian Games in Turkmenistan. The Ambassador informed that the Asian Games Forum is being organized in Asghabat, Turkmenistan (September 2017), by the relevant Government departments and some tourism agencies, and that he would be happy to share the contact details with COMSATS.