Visit of COMSATS Delegation to China

A 4-member delegation from COMSATS visited People’s Republic of China from 16th-22nd December 2017. The purpose of the visit was to meet the senior officials of Chinese Ministry of Science and Technology (MoST); Ministry of Commerce; Chinese Academy of Sciences (CAS); International Center for Climate and Environmental Sciences (ICCES); and Tianjin Institute of Industrial Biotechnology (TIB). The COMSATS’ delegation was headed by the Executive Director COMSATS, Dr. S. M. Junaid Zaidi. Other members of the delegation included Ambassador Shahid Kamal, Head of CCRD-COMSATS Institute of Information Technology; Major General (R) Muhammad Tahir, Advisor; and Mr. Tajammul Hussain, Advisor (Programmes). The delegation met Chinese authorities and Heads of various scientific institutions with the agenda to further strengthen the relationship in Research and Innovation between China and COMSATS.

A meeting with Director General of International Cooperation, Ministry of Science and Technology, Mr. Ye Dongbai was held on 18th December 2017 at his office. The Director General welcomed COMSATS’ delegation and appreciated the role of COMSATS in the promotion of Science and Technology for sustainable science-led development. During the meeting, Dr. Zaidi shed light on the historical background, mission, structure, and statutory bodies of COMSATS. The Director General MoST ensured due consideration on increase of AMC, on request from the COMSATS’ delegation. Highlighting the capacity building and training programmes of MoST, China, the Director General asked COMSATS to nominate 5-8 scientists from the member states to participate in the workshops at ICCES.

Another meeting during the day was held with Prof. Lin Zhou, Head, ICCES. The agenda of the meeting was to discuss future collaborations to step forward for socio-economic improvements and augmenting the efforts for South-South cooperation. Dr. Zaidi mentioned the tremendous efforts by Prof. Lin for the work ICCES that has been doing for collaborations with COMSATS’ member countries since its genesis. 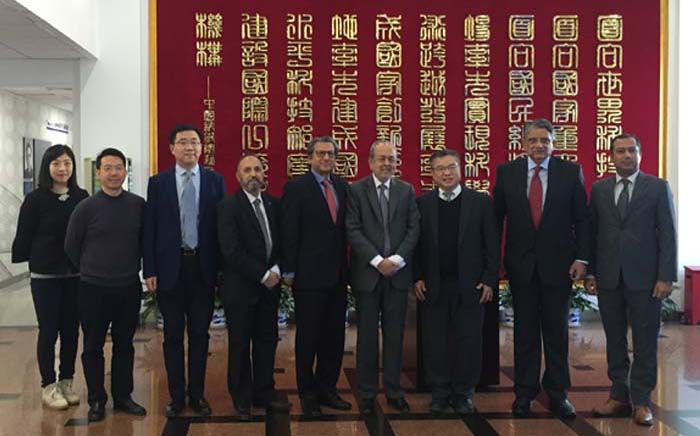 COMSATS’ officials met with the authorities of Chinese Academy of Sciences (CAS) on 19th December 2017 to discuss the matters of mutual interest. A presentation made by Ms. Feng Kai, briefed the delegation about CAS’ international programmes and activities, its international mandate, structure, and on-going projects. CAS official informed the delegation about the plans of setting up a technology centre in Islamabad. CAS ensured COMSATS’ officials about providing financial and technical support to one of the Centres of Excellence of COMSATS. Both sides were optimistic about collaborations in future under the OBOR initiative.

The meetings concluded with a mutual pledge to closely cooperate in different areas of science and technology for achieving common objectives.