The 18th Meeting of COMSATS Coordinating Council was successfully held on May 12-13, 2015, in Colombo, Sri Lanka. The meeting was hosted by COMSATS’ Centre of Excellence in Sri Lanka, the Industrial Technology Institute (ITI).

The meeting was attended by Council members or their representatives fro 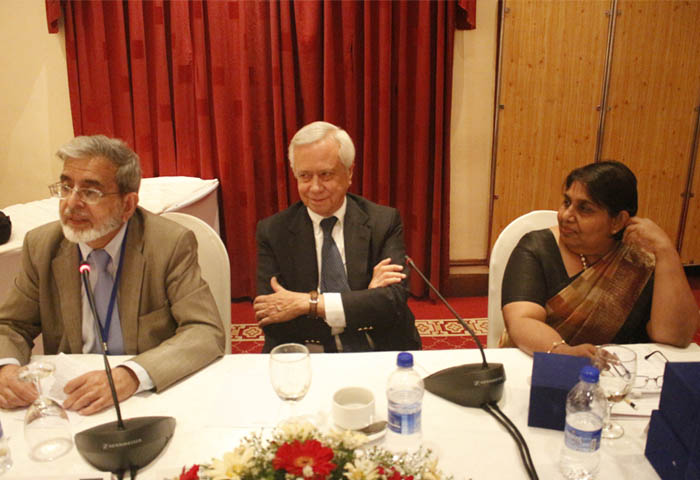 The technical sessions of the two-day event were presided over by Prof. Eduardo Posada F., Chairperson Coordinating Council and Director Centro Internacional de Fisica (CIF), Colombia, during which the meeting deliberated on a 11-point agenda. As per the standard format of the meeting, the Executive Director COMSATS presented COMSATS’ Annual Activity Report (May 2014 – April 2015); the heads/representatives of the Centres of Excellence made presentations on the scientific activities of their respective Centres with the view to identifying areas of potential cooperation among the Council members; and the Advisor (Programmes) COMSATS briefed the Council on the administrative and financial matters of COMSATS, as well as reviewed the implementation status of the decisions taken by the Council in its previous meeting.

During the meeting, the Coordinating Council took a number of important

decisions. The meeting accorded unanimous approval for the induction of KazNU-Kazakhstan in COMSATS’ Network in the light of: (i) the formal application received from the university; (ii) report of the two members of COMSATS TAC evaluating the technical facilities and infrastructure of the University on the basis of their visit to KazNU in April 2015; as well as (iii) a detailed presentation by the Vice-Rector for Research and Innovative Affairs, KazNU. The induction of KazNU has raised the total number of Network members to twenty. Moreover, as per the Commission’s advice of harmonizing the ‘International Agreement to Establish COMSATS’ and the ‘Charter of the Network’ to be jointly considered as COMSATS Statutes, the Coordinating Council approved some necessary revisions and amendments in the Charter of the Network. In this regard, the Council authorized the Executive Director COMSATS to submit the consolidated Statutes, including the amended Charter of the Network, for the approval of the 3rd Commission Meeting of COMSATS to be held in October 2015 in Ghana.

During another agenda-item, progress reports of the two International Thematic Research Groups (ITRGs) on ‘Climate Change and Environmental Protection’ and ‘Information and Communication Technologies’ were presented to the Council by the representatives of their Lead Centres. The meeting also discussed matters related to identifying means of accelerating the pace of progress of the functional ITRGs for achieving the desired objectives, as well as the launching of remaining ITRGs. The Council was informed that two more ITRGs on ‘Agriculture, Food Security and Biotechnology’ (led by NRC-Egypt) and ‘Renewable Energy’ (led by IROST-Iran) are scheduled to hold their foundation meetings during June and September 2015, respectively. While discussing the new initiatives of COMSATS, the Council mandated the Executive Director COMSATS to sign an MoU between TWAS and COMSATS for collaboration in the field of Science Diplomacy. The Coordinating Council also showed satisfaction on the administrative and financial affairs of COMSATS, and approved the organization’s budget for 2015-16.

The meeting issued a Communiqué that encourages the Centres of Excellence to: inc 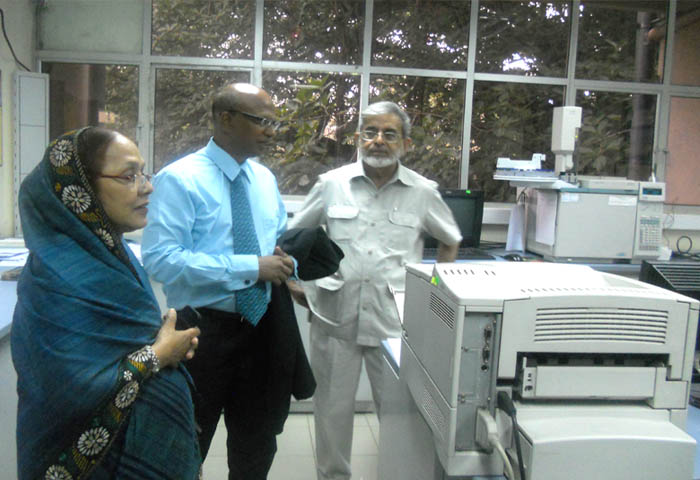 rease the number of collaborative research and development projects with other Centres of Excellence; make efforts for launching the remaining ITRGs; make maximum utilization of scholarships offered by China, Pakistan and Iran; keep COMSATS Secretariat aware of new developments or major achievements of their organizations; encourage their researchers to submit scholarly scientific articles for publication in COMSATS’ bi-annual journal, the ‘Science Vision’; as well as consider placement of their officers at COMSATS Secretariat on secondment. The Council appreciated the financial and in-kind contributions by some Member Countries towards COMSATS’ activities and encouraged all others to provide financial support to the organization for achieving the objectives of South-South cooperation. The meeting appreciated the efforts of COMSATS Secretariat in fulfilling the objectives of the organization, including the steps taken for extending COMSATS’ membership to other developing countries, and expressed pleasure on learning about the initial consent of the Government of Morocco to join COMSATS as a Member State.

It was decided that the next (19th) meeting of the Coordinating Council will be hosted by the COMSATS Institute of Information Technology (CIIT), Pakistan, while the Bangladesh Council of Scientific and Industrial Research (BCSIR), Bangladesh, was chosen as an alternative host.

During the closing ceremony of the event, Prof. Posada congratulated and thanked the Executive Director COMSATS and his team at COMSATS Secretariat for successfully organizing the 18th Coordinating Council meeting. He also thanked the organizing committee of ITI for the local arrangements and support during the proceedings of the meeting. Prof. Posada expressed pleasure on the continuous expansion of COMSATS Network of International Centres of Excellence. He also thanked the honourary lifetime mem

ber of the Council, Prof. M.H.A. Hassan for ensuring his participation in the meeting.

The Executive Director COMSATS, Dr. I.E. Qureshi, expressed gratitude to ITI for hosting the meeting and making excellent arrangements for the same. He thanked Prof. M.H.A. Hassan for his participation in the meeting as well as his support in connection with the necessary amendments in the Charter of the Network and preparation of COMSATS Statutes. He also thanked the two TAC members for sparing time to participate in the meeting. The Executive Director also praised the tireless efforts of his team at COMSATS Secretariat for preparing the meeting documentation and making other arrangements.

On behalf of the local organizing committee, Dr. J.K.R.R. Samarasekara, Additional Director General (Research & Development), ITI, thanked the foreign delegates for traveling long distances in order to participate in the meeting. She acknowledged the support and guidance of the senior officials of the Ministry of Higher Education & Research, Government of Sri Lanka. She also thanked the local organizing committee members for their tireless efforts for organizing the meeting.