Communique: Meeting with Dr. Shamshad Akhtar, Under-Secretary General of United Nations and Executive Secretary of Economic and Social Commission for Asia and the Pacific (ESCAP)

Home   /   Communique: Meeting with Dr. Shamshad Akhtar, Under-Secretary General of United Nations and Executive Secretary of Economic and Social Commission for Asia and the Pacific (ESCAP)

On the invitation of the Executive Director of the Commission on Science and Technology for Sustainable Development in the South (COMSATS) Dr. S. M. Junaid Zaidi, UN Under-Secretary General and Executive Secretary of UN Economic and Social Commission for Asia and the Pacific (ESCAP), Dr. Shamshad Akhtar, visited COMSATS Secretariat on 20 December 2017. She was accompanied by Mr. Jonathan Wong, Chief Technology and Innovation, Trade, Investment and Innovation Division, and Mr. Michael Williamson, Head, South and South-West Asia Office.

Earlier contacts with UNESCAP were established as a part of COMSATS 2017 strategy to explore ways of benefitting from the scientific and other related knowledge generated in the North and other global institutions recognising them as useful resources for meeting the sustainable development challenges confronted by the South. With this in view, a delegation of COMSATS called on the Secretary General ESCAP in October 2017 and briefed her on the aims, objectives, structure and functions of COMSATS. Exploratory views were exchanged on the possible areas of collaboration.

As a follow up to this process, more in-depth discussions were held during the 20th December meeting between Dr. Akhtar and Dr. Zaidi. The salient features of this discussion are given below: 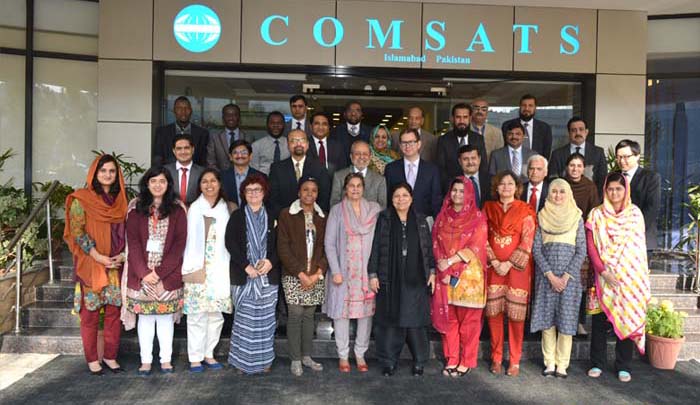