A delegation of the Commission on Science and Techn 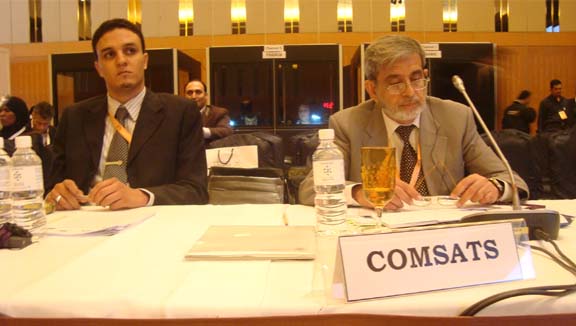 ology for Sustainable Development in the South (COMSATS), headed by the Executive Director COMSATS, Dr. Imtinan Elahi Qureshi, attended the 5th Islamic Conference of Ministers of Higher Education and Scientific Research (ICMHESR) held in Kuala Lumpur, Malaysia, from 19th to 21st October 2010. The Conference was hosted by the Ministries of Science, Technology and Innovation; Higher Education; and Education of the Government of Malaysia. Forty eight countries participated in this high-profile international event. A three-member delegation of COMSATS was invited to attend the Conference under the category of international organizations/institutions. The Islamic Educational, Scientific, and Cultural Organization (ISESCO) and the Organization of Islamic Countries (OIC) have been organizing ICMHESR since 2000 in collaboration with the institutions in the host countries, Saudi Arabia, Libya, Kuwait, Azerbaijan and, this year, Malaysia.

This year the Conference was given the theme ‘Encu 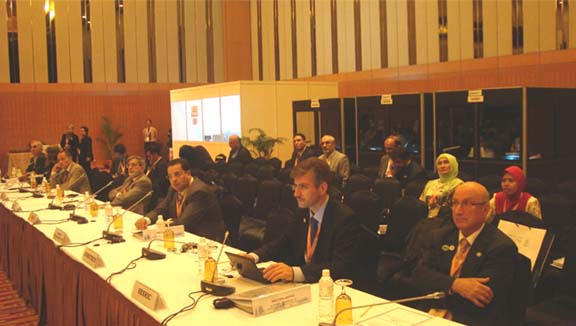 lturation of Quality in Academia, Research and Innovation towards Prosperity of Ummah’ and aimed to provide an opportunity for ISESCO Member States and relevant organizations to reflect on matters relating to higher education and scientific research concerning the Islamic World. The main parameters commonly used during this Conference to quantify and qualify the educational and scientific potential of the Islamic World include teaching and learning capacities of the universities, R&D products, innovation in science and technology, etc.

A regular highlight of this meeting is the presentation of “ISESCO Science Prize”. Dr. M. Qasim Jan, former Vice Chancellor of the Quaid-i-Azam University, Islamabad, Pakistan, won the Prize for this year for his outstanding scientific contributions in the field of Geology.

During the Conference, Dr. Qureshi presented the statement on the objectives, programmes and future aspirations of COMSATS. Dr. Qureshi opined that having 12 countries of OIC as its members, COMSATS can play an important role in addressing the developmental issues of these countries. COMSATS, he further stated, enjoys a close cooperation with the Third World Academy of Sciences, ISESCO, COMSTECH and Pakistan National Commission of UNESCO, apart from a number of international NGOs.

Availing his presence in Kuala Lumpur, Dr. Qureshi held sideline meetings with the senior officials of the Government of Malaysia, including the Minister of Science, Technology and Innovation, H.E Y.B. Datuk Dr. Maximus Johnity Ongkili, and some participating country-delegates. These included officials from common member countries of COMSATS and ISESCO, Bangladesh, Senegal, Syria, Egypt, Jordan, Uganda and Iran; as well as the ones from Algeria, Azerbaijan, Brunei Darussalam, Iraq, UAE, and Morocco. Official invitations were extended to the non-members to join COMSATS’ fraternity, while the member countries were urged for a stronger support to COMSATS by means of more active participation in its programmes and projects, as well as making voluntary annual membership contributions. One such meeting was held with the Syrian Minister of Higher Education, H.E. Ghiath Barakat. Matters of bilateral interest were also discussed between the two officials in the light of their earlier meeting of February 2010.

The important deliberations made during the Conference are expected to be of great impact on the policy-making relating to higher education and scientific research in the Islamic countries. The important exchanges during the course of and on the sidelines of the Conference would help foster collaboration for various fields of science and technology and other pillars of sustainable development, e.g. education, between the scientific organizations and the governments of the Islamic world. 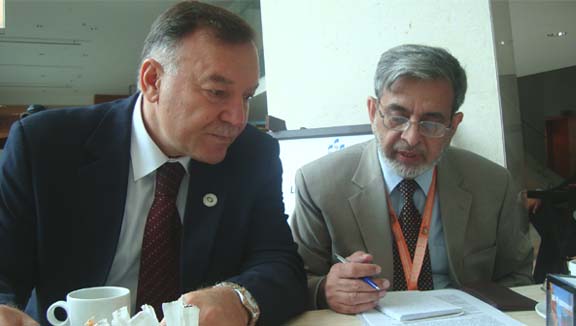