The 2nd meeting of the Steering Committee for the organization of the 2nd Commission Meeting of COMSATS was held under the Chairmanship of Minister for Science and Technology, Mr. Muhammad Azam Khan Swati, on 19th October 2009 in Islamabad. Besides the Federal Secretary MoST and the Executive Director COMSATS, the meeting was attended by senior officials from the ministries of Foreign Affairs, Interior, Finance and other relevant governmental departments. 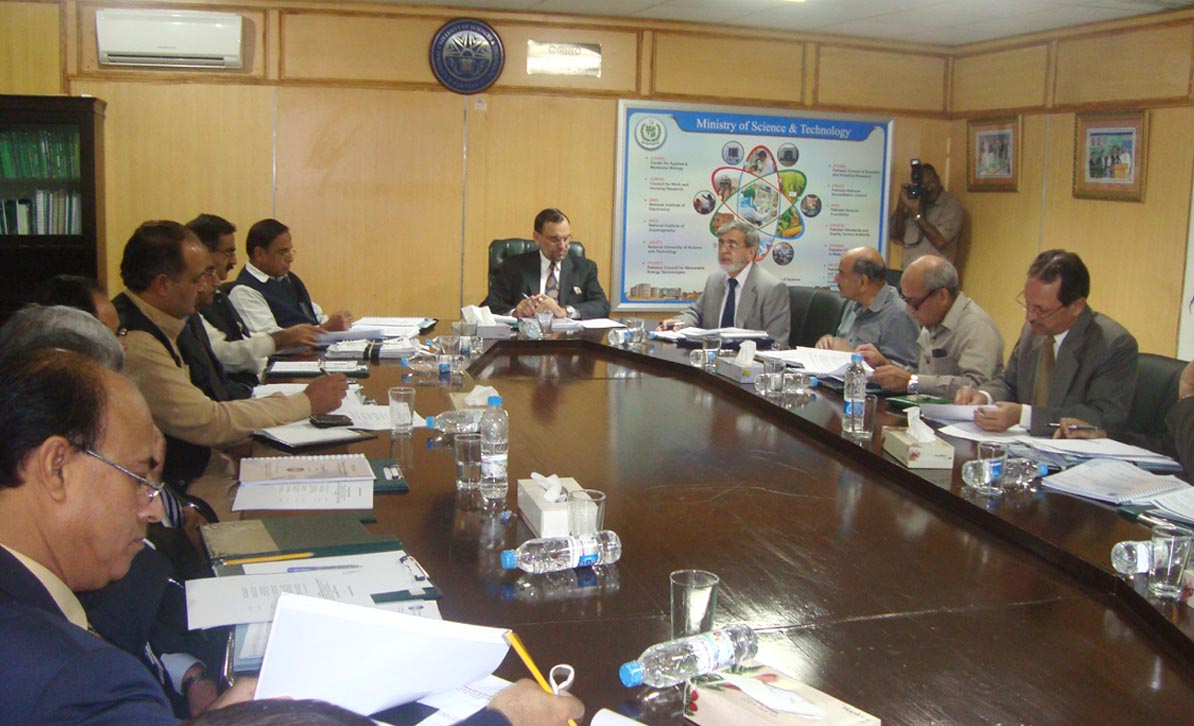 ion for the level of cooperation and support extended by the Federal Minister and the Federal Secretary for the Commission Meeting and other projects and programmes of COMSATS. He briefed the Committee members on the efforts made by COMSATS Secretariat on national and international levels for the organization of the second Commission Meeting, especially during the months after the first meeting of the Committee held on 6th April 2009. The matter was included in the agendas of COMSATS’ Consultative Committee and Coordinating Council meetings held in Abuja this year. The draft provisional agenda was circulated to all Member States.

As per the decisions taken in the previous meeting of the Steering Committee, sub-committees were constituted on various clusters of management activities for the organization of the Commission Meeting. The conveners of these sub-committees had submitted their progress reports to COMSATS that were also reviewed and evaluated during the course of the meeting. Approving various propositions and suggestions that were made therein, the Federal Minister lauded the efforts of all the conveners and reiterated his intent to fully support COMSATS for the organization of its summit meeting, according to a schedule that will ensure maximum participation of Member States.