4th International Workshop and Conference on Nano-materials and Nano-devices

The fourth International Workshop and Conference on ‘Nano-materia 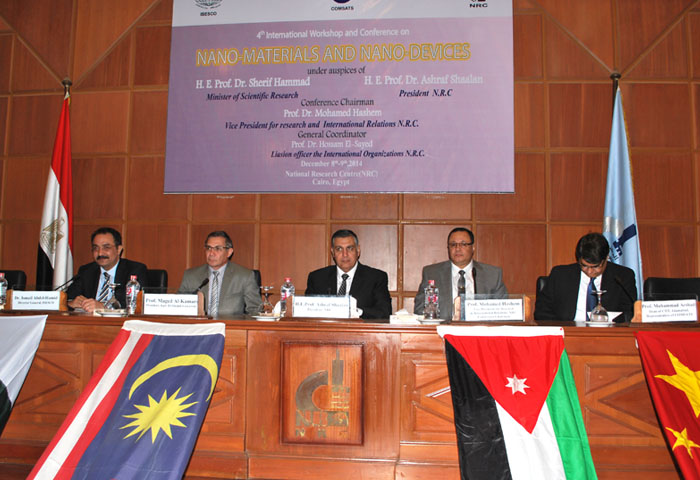 ls and Nano-devices (IWCN-2014)’ successfully concluded in Cairo, Egypt, on December 09, 2014. The IWCN was organized by the Commission on Science and Technology for Sustainable Development in the South (COMSATS) in collaboration with the Islamic Educational, Scientific and Cultural Organization (ISESCO). The event was hosted by COMSATS’ Centre of Excellence in Cairo, National Research Centre (NRC).

The Conference served as a forum for scientists, researchers, technologists and faculty members to update them on the recent developments in the field of Nano-materials and Nano-devices; support building and strengthening linkages among R&D organizations working for developing new materials and devices while adopting the South-South cooperation mechanism; as well as enhance scientific capacity in Islamic and COMSATS Member States. More than 300 scientists, researchers, engineers and academicians from the field of nanoscience and nanotechnology attended the Conference. The Conference was officially inaugurated on December 08, 2014, by Prof. Dr. Ashraf Shalaan, President of NRC and Prof. Dr. Maged Al-Kreme, President of Cairo University, who in their remarks on the occasion hoped that the event will open new avenues of fundamental research and application-oriented programmes in the Islamic and Arab countries.

In his welcome address, Prof. Dr. Mohamed Hashem, Vice President for Research & International Relations at NRC and also the Conference Chairman, applauded the efforts made by COMSATS and ISESCO for their support in organizing the Conference and also highlighted the importance of the event.

Dr. Ismail Abdel-Hamid, Expert at Science Directorate ISESCO, delivering the message from Director General ISESCO noted that nano-science is one of the fastest growing fields of science, which has a potential to significantly contribute to other scientific disciplines. Dr. Ismail informed that as per the mid-term and long-term action plans of ISESCO, the intergovernmental organization seeks to enhance the capacities of its Member States, enabling them to innovate and develop new technologies with the objective to achieve socio-economic development.

In his message read out on the occasion by Dr. Arshad Saleem Bhatti, Dean Faculty of Science, COMSATS Institute of Information Technology (CIIT), the Executive Director COMSATS, Dr. Imtinan Elahi Quresh, noted that nanoscience and nanotechnology are forming a bridge between all disciplines of science and engineering. He believed that even though the Islamic countries have embarked upon ambitious research programmes in nanotechnology, the full potential of this field is yet to be realized. In his address, he stated that COMSATS acknowledges ISESCO’s consistent support towards its programmes and activities in the common Member States. 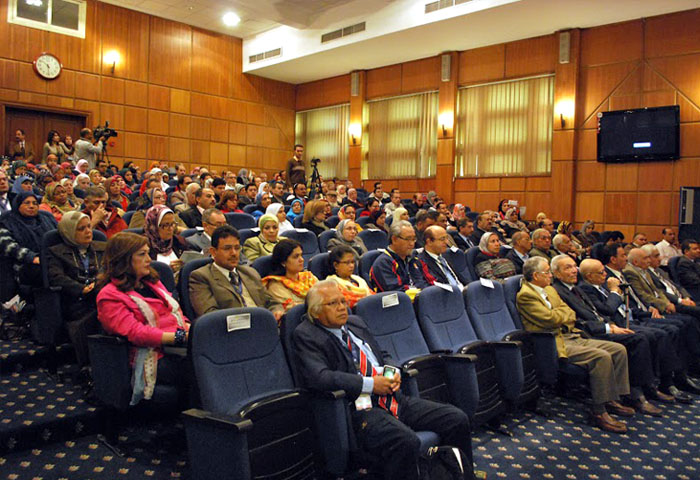 The participants of the Conference agreed that an adequately trained scientific workforce in Islamic countries is essential for creating and transforming the industries to realize the benefits of nanotechnology. Additional research on the process of innovation and diffusion of nanotechnology development was strongly urged.

A number of suggestions were made by the participants and experts of the Conference with a view of their application in both theoretical and empirical research, as well as in decision making. Following are a few of the recommendations of the event:

The event was concluded on December 09, 2013. The Chairman of the Conference gave the Concluding Remarks and Dr. Bhatti gave a Vote of Thanks on behalf of COMSATS.