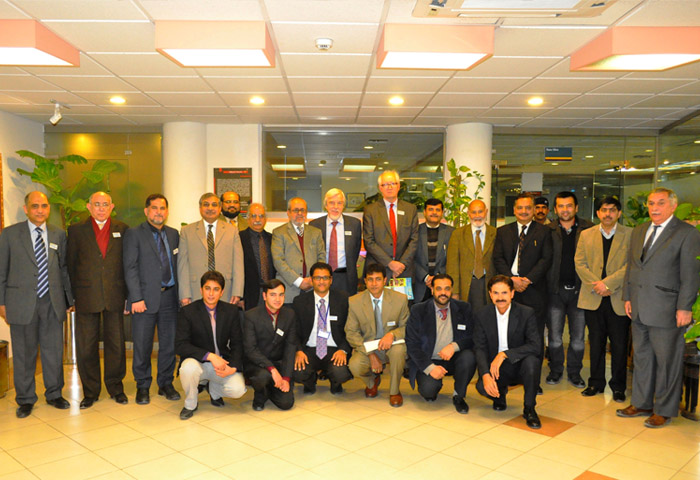 Nuclear Research (CERN), visited COMSATS Institute of Information Technology (CIIT) on 20th December 2014. He was accompanied by Dr. Rudiger Voss, Head of International Relations CERN. During the visit, the delegates were shown around the academic and technical facilities at the Institute, including Nanotechnology laboratory, Radiation laboratory, RF laboratory, the ALICE Grid node at the Department of Computer Science, as well as the Central Library of the university. Senior faculty members of CIIT accompanied the delegates during these visits.

It is significant to note that CIIT is a full member of ALICE – A Large Ion Collider Experiment – which is one of the four major experiments at the Large Hadron Collider at CERN. The Institute is the only educational and research institution in Pakistan that was visited by the Director-General CERN during his recent visit to Pakistan.

During his meeting with Dr. S. M. Junaid Zaidi, Rector CIIT, Dr. Heuer appreciated the professional work being carried out by CIIT in collaboration with CERN. The meeting was also attended by department heads and senior faculty members of the Institute. The Institute is a part of the team that is developing the Inner Tracking System (ITS) for the next round of experiments. The Institute is participating in the simulation of Silicon pixel detectors to be incorporated in the first seven layers of the ITS in ALICE detector. In addition, CIIT team is developing serial communication protocols from the sensor chip to the first data acquisition board.

While exchanging professional views with the faculty members, the Director-General extended CERN’s all-out support to CIIT. CERN’s offer of valuable servers and hardware equipment to CIIT is a clear testimony of the growing collaboration between the two institutions. Dean, Faculty of Information Sciences and Technology, CIIT, Dr. Sajjad Mohsin, informed that COMSATS Data Centre is expected to be functional within 3 to 4 months. The D.G CERN happily accepted the invitation to inaugurate the Centre and offered to give a live video-lecture on the occasion.

At the end of the visit, Dr. Heuer recorded his impressions about his visit to CIIT in the visitor’s book. 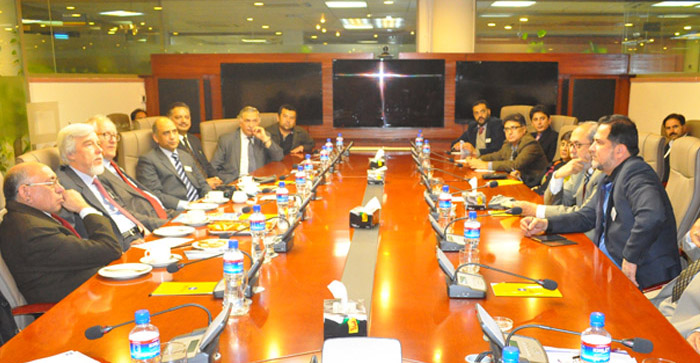