The Regional Expert Meeting on ‘Renewable Related Energy Focusing on Microalgae Technology Using Ocean Resources Including Solar and Fuel Cell’ was successfully held from 31st October to 1st November 2016, in Zahedan, Iran. The event was organized by COMSATS in collaboration with its Centre of Excellence in Iran, the Iranian Research Organization for Science & Technology (IROST), as well as the University of Sistan and Baluchestan, Iran. The latter also hosted the event that was attended by over 50 participants belonging to Iran, Bangladesh, Kazakhstan, Syria and Spain. 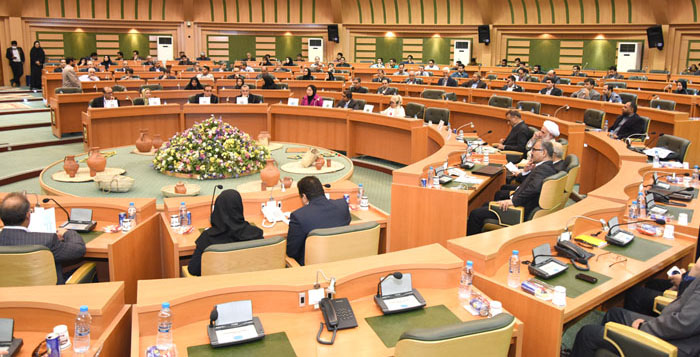 The event was inaugurated on 31st October 2016, at the auditorium of the University of Sistan and Baluchestan, by H.E. Mr. Ayatollah Solimani, Representative of the Supreme Leader of Iran in Sistan and Baluchestan. During his address, Mr. Solimani extended warm welcome to the foreign and local subject experts for participating in the event. He noted that solar energy is the most readily available and cheapest source of energy and should be adequately utilized. He informed that there is an abundance of renewable energy resources in Iran, and the country is actively engaged in research and development activities in this field, including solar and wind energy. He called for greater cooperation among the developing countries for making the best use of the renewable energy resources available to them.

Earlier, Prof. Bandani, President of University of Sistan and Baluchestan, Iran, expressed pleasure on hosting the event, and welcomed its local and foreign speakers and participants. He presented the status of renewable energy technologies in the province of Sistan and Baluchestan of Iran, and informed that the provincial government is making huge investments for best utilization of the renewable energy resources available in the province. Highlighting the need of enhanced capacity-building in the field of renewable energy, Prof. Bandani welcomed the technical collaboration of the participating institutions with his university. Dr. M. Molanejad, Acting President for International Cooperation, IROST, stated that energy is a fundamental driver of the economic prosperity of countries around the world. He noted that consumption of energy around the world has increased dramatically, which has caused many environmental challenges. He informed that increased greenhouse gas emissions have affected the availability of drinking water in Iran. He called for increased collaborations in the field of renewable energy with a view to finding better substitutes for fossil fuels.

Prof. Nasrin Moazami, IROST, Iran, shed light on global trends in renewable energy investments during the recent years. She apprised the audience about the ongoing research activities in Iran in the field of renewable energy, particularly energy generation from microalgae. She also informed the participants regarding the objectives of the foundation meeting of COMSATS’ International Thematic Research Group on ‘Renewable Energy’, which was being held in conjunction with the regional expert meeting. Speaking on the occasion, Mr. Farhan Ansari, Sr. Assistant Director (Programmes), COMSATS, stated that the role of energy in socio-economic development of countries is very significant. He noted that energy generation from fossil fuels causes environmental problems at local, regional and international levels, threatening the health and well-being of current and future generations. He stated that renewable energy has a huge potential of facilitating socio-economic development in a cleaner and more economic manner. He further noted that most developing countries have abundant renewable energy resources, including solar energy, wind power, geothermal energy, and biomass, and simple renewable energy technologies can make a huge difference in improving the lives of their people. He, therefore, stressed the need for enhanced collaboration among the developing countries, in general, and COMSATS’ Member States, in particular, in the field of renewable energy.

The two-day event included six technical sessions that featured 21 technical presentations and invited lectures on different topics related to the theme of the event. The presentations made during the event, inter alia, related to: assessment and market development of wind energy resources in Iran; market of renewable energy in Spain; research on semiconductor optoelectronics and nanophotonics in Kazakhstan, genomic cosmetics and microalgae; bio-fuel production from high energy crops adapted to hot and dry climate; research on photovoltaic systems in Syria; research on solar thermal energy in Iran; study on wave energy resources in Iran; emerging solar energy technologies in Bangladesh; microalgae bio-refinery established in Iran; recent advances in proton-exchange membrane fuel cells in Iran; developments of microbial fuel cells for energy generation and wastewater treatment; research on sold oxide fuel cells in Iran; potential of production of second generation bioethanol in Iran; techno-economic development of solar thermal concentrating power plant; challenges with heating and ventilation systems in the residential near zero energy buildings; and successful experiences of solar energy in the world.