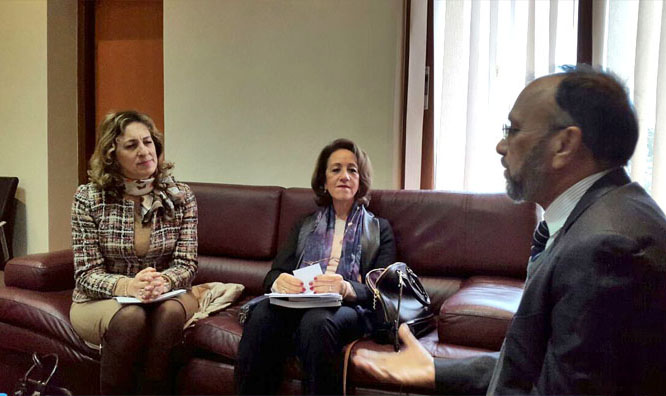 orocco, on 20th December 2016, and held a meeting with its senior officials with a view to discuss matters related to the University’s induction in COMSATS’ Network of Centres of Excellence. The meeting was held on the sidelines of the 6th COMSATS-ISESCO-INIT International Workshop on ‘Internet Security: Enhancing Information Exchange Safeguards’, being held in the city, from 19-23 December 2016.

The officials of both the organizations met in a cordial environment and held discussions based on their earlier correspondence, especially with regard to the prospective induction of Mohamed V University. In this regard, Prof. Moursli handed over to COMSATS’ officials the duly filled-in pro forma prescribed to initiate the induction process that includes technical evaluation for suitability as a Centre of Excellence of COMSATS. Mr. Hussain informed the University officials that as per the standard practice, the submission of the prescribed pro forma will be followed by a first-hand evaluation of the technical capacity of the university by a two-member delegation of COMSATS’ Technical Advisory Committee (TAC), who would visit the University in due course.

In order to further streamline the formalities in this regard, COMSATS’ officials hoped that the President of Mohamed V University would soon confirm participation in the forthcoming 20th Meeting of COMSATS Coordinating Council to be held on 15-16 May 2017, in Cairo, Egypt, to present the case of the University’s inclusion in COMSATS’ Network. The Council would deliberate on the matter based on the University’s presentation, and TAC members’ evaluation, and decide accordingly. The officials of the Mohamed V University communicated strong assurances as to the participation of the President of the university or his representative in the 20th Council Meeting.

The meeting concluded with a mutual pledge to closely cooperate in different areas of science and technology for achieving common objectives. 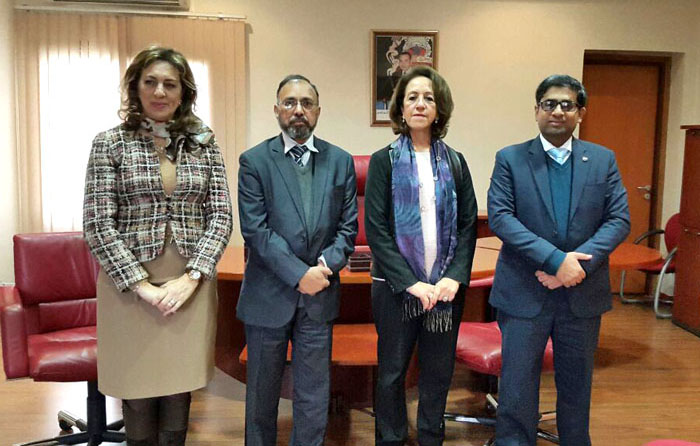