Islamabad, 27 September, 2017: COMSATS (Commission on Science and Technology for Sustainable Development in the South) and Institute of Peace and Diplomatic Studies organized Farewell reception in Honor of H.E. Dr. Nedim Makarevic, outgoing Ambassador of Bosnia and Herzegovina to Pakistan. During the reception, a number of Ambassadors and representatives from the diplomat corps of Islamabad were present to grace the occasion to bid farewell to their colleague. Apart from the Bosnian Ambassador, Ambassadors/high Commissioners from Bosnia & Herzegovina, State of Palestine, Sri Lanka, Uzbekistan, Tajikistan, Azerbaijan, Kyrgyz Republic, Ukraine, Nigeria, Algeria, Somalia, Sudan, Syria, Cuba, Tunisia, Diplomats from Kazakhstan, Yemen, were present on the occassion. 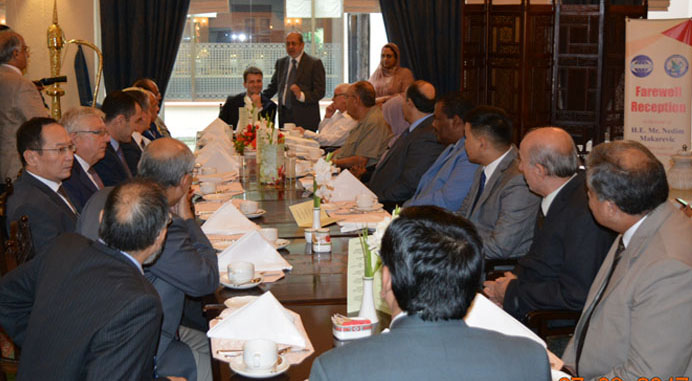 Speaking on the occasion Dr. Junaid Zaidi, Executive Director COMSATS, highlighted the objectives and mission of COMSATS. He considered the outgoing Bosnian Ambassador a Friend and upon his departure an Ambassador of Pakistan and COMSATS in his country. He has also shared the vision of increasing the membership of COMSATS so that South-South cooperation in science and technology could be enhanced. Mrs. Farhat Asif, President Institute of Peace and Diplomatic Studies, highlighted the role of the Ambassadors and the challenges they face in the line of duty in the other country. Speaking on the occasion, H.E. Dr. Nedim Makarevic considered Pakistan one of the most wonderful countries of the world. He noted that during his stay in Pakistan, he had tried to strengthen relations at the top most level between the two countries. He was of the view that Education is the key to solving all major challenges in Pakistan.

During his term, H.E. Dr. Nedim had arranged agreement of cooperation between National University of Science and Technology (NUST) for scholarship for students from Bosnia and established Pak-Bosina Education Foundation. During the ceremony, it was also announced by H.E. Mr. Walid Abu Ali, Ambassador of State of Palestine that Palestine has recently become a member of Interpol-an intergovernmental organization facilitating the international police cooperation. 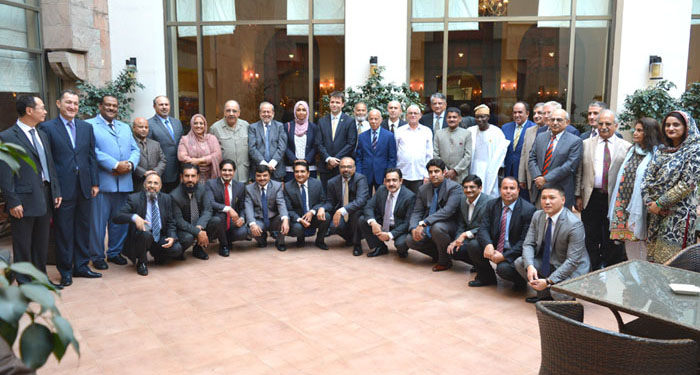