A meeting to discuss the future prospects of Science and Technology in Pakistan was held at COMSATS Secretariat on 29th April 2020. The meeting was attended by Prof. Dr. Atta-ur-Rahman, Cha 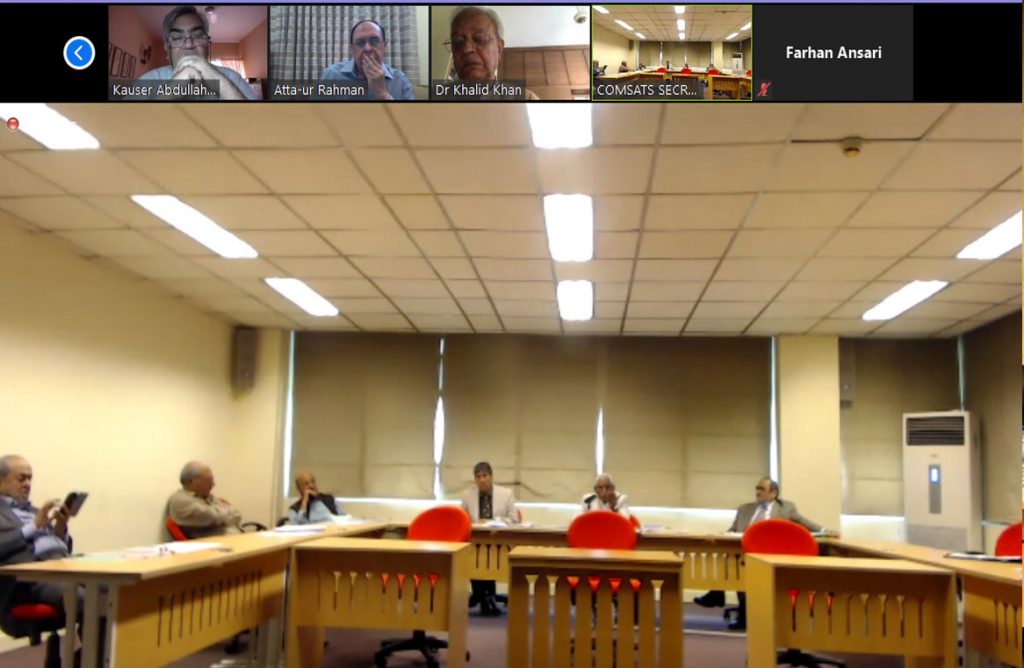 The meeting that deliberated on state of S&T in Pakistan and its role in national development seemed to be in agreement that Human capacity and technological resources of scientific bodies working in Pakistan should be aligned with the global trends in S&T in order to achieve progress and development in the country.

“Corona pandemic has seriously affected the national and global development upsetting progress of all sectors in the short and long-run. Progress in S&T is the key to mitigate the aftermath of this crisis”, Prof. Dr. Atta-ur-Rahman, Chairman of Prime Minister Task Force on Science and Technology, Pakistan, expressed these views at a meeting held at COMSATS Secretariat to discuss the future prospects of Science and Technology in Pakistan.

During the meeting, Dr. Zaidi made a presentation in which he highlighted the need for investment in emerging technologies and centering upon contemporary sciences and knowledge. He urged adopting creative and innovation-led mechanisms as means to overcome barriers to economic growth and national development. Further, Dr. Zaidi emphasized the need for capitalizing and building on existing capacities, potential, and infrastructures to strengthen scientific culture in the country.

The discussions during the meeting revolved around various issues of the 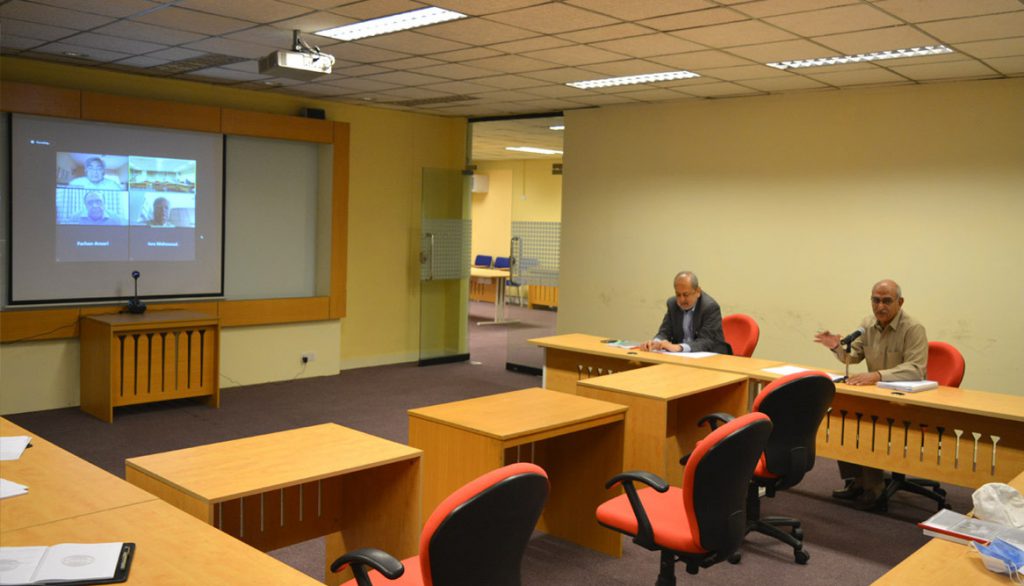 growth in science and technology in Pakistan along with the potential role of scientific institutions in the development and progress of the country. Corona pandemic was seen as a grave blow on national and global development affecting progress of all sectors in the short and long-run and need for necessary scientific solutions was underscored.

The participants also discussed the following in the context of improving S&T Infrastructure of Pakistan: KPIs and routine evaluation of S&T institutions; mainstreaming the use of technology/IT in Ministries; funding issues for important S&T interventions and R&D; importance of STI, Industrialization and digitalization in national development.

Recommendations were made during the meeting regarding the structure of STI system in the country in view of the emerging needs and development-related challenges in the region. It was suggested that the human capacity and technological resources of the scientific bodies working in Pakistan should be with the global trends in S&T. Industrial growth aided by S&T solutions and R&D was considered important for aiding Pakistan achieve economic and financial stability.