With an objective to sensitize the Ambassadors of COMSATS’ Memb 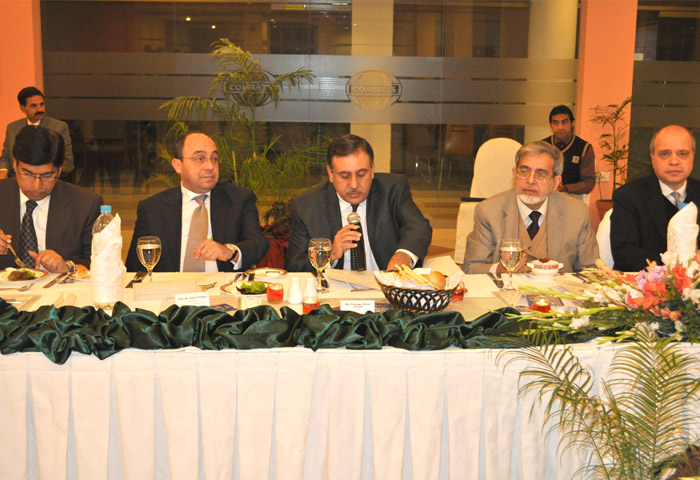 Welcoming the participants, the Federal Secretary MoST highlighted the importance of COMSATS as an effective forum for S&T cooperation among its 21 Member Countries. He urged the envoys of COMSATS’ Member Countries to use their good offices for ensuring maximum participation from their respective countries to make the Commission Meeting a success in terms of future plans and activities of COMSATS.

In his speech, the Executive Director COMSATS briefed the participant 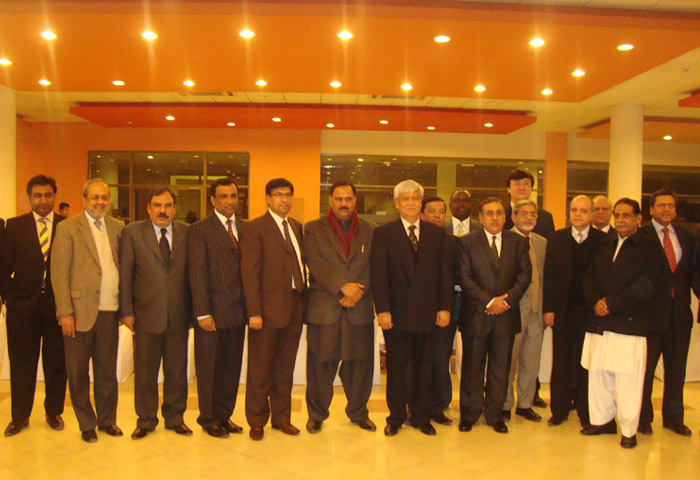 s of the dinner about COMSATS, its role for S&T-led sustainable development and the benefits the organization offers through its various fora to the Member States. The efforts made so far for convening the Commission Meeting were recapitulated to the dignitaries informing them of the hospitality and security arrangements being made. The Executive Director also introduced to the participants of the dinner meeting the Pak-China Business Forum 2012 being organized in parallel to the Commission Meeting in order to provide an opportunity to the visiting country delegates for discussing business and financial matters with the businessmen and other stakeholders from China and Pakistan. He requested the envoys to facilitate information exchange between COMSATS and the Member States.

Host of the dinner meeting, the Federal Minister for Science and Technology, who also is the Chancellor CIIT, thanked envoys of COMSATS’ Member Countries for taking out time and visiting CIIT for dinner. Sharing his view on the occasion, Mr. Jamali underscored the centrality of S&T and importance of South-South cooperation for future socio-economic progress of the developing world. He stated that “We are cognizant of the fact that COMSATS’ Member States have several common socio-economic problems and most of these problems cannot be solved unless we break the barriers of isolation in science and technology”. The Minister especially appreciated COMSATS’ initiative of establishing the International Thematic Research Groups as an effective mechanism for pooling of technological resources by R&D centres to undertake research on topics most relevant to socio-economic development. 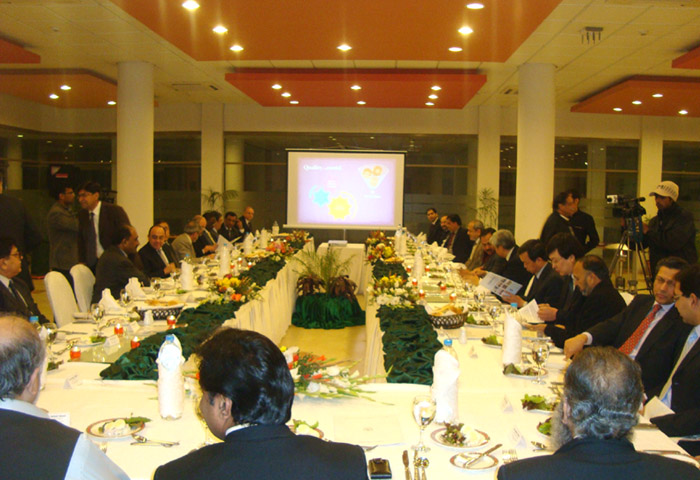 ATS’ role in building academic institutions such as CIIT. He assured the envoys of his Ministry’s all out support for their countries’ participation in COMSATS’ programmes and activities in Pakistan. In connection with the South-South cooperation programme of COMSATS, the Rector CIIT renewed his university’s standing offer of 100 scholarships to students from COMSATS’ Member States. Furthermore, he made an offer to provide local hospitality to the faculty members from COMSATS’ Member Countries if they wish to serve at any of the seven campuses of CIIT.

The dinner concluded on a note of support on part of the envoys of COMSATS’ Member States, who pledged to do all in their capacity to ensure highest level participation of their respective countries in the upcoming Commission Meeting.