THE CHAIRPERSON OF COMSATS 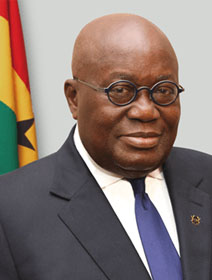